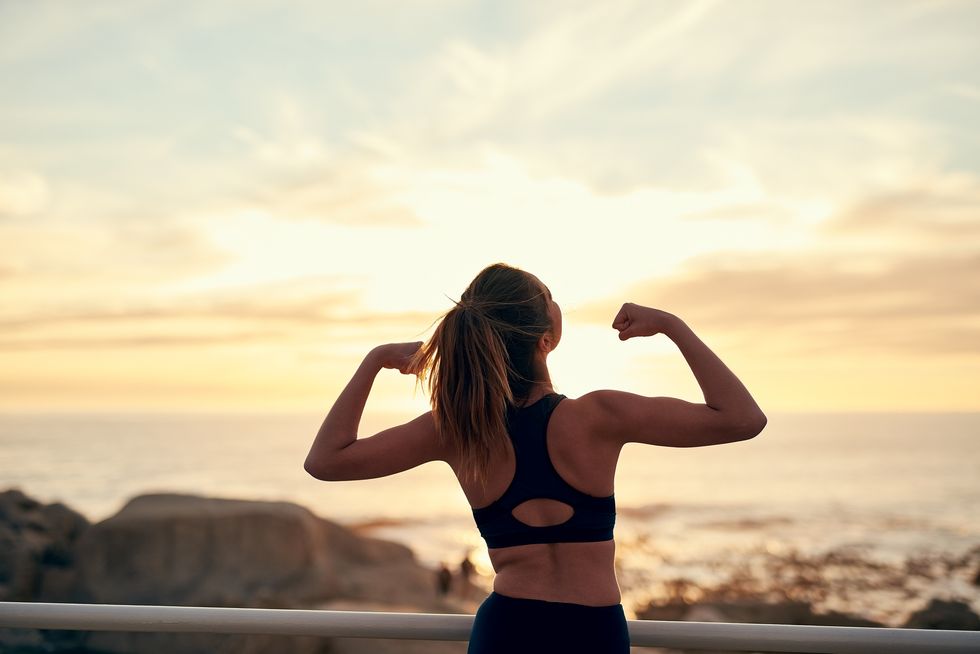 Tough Mom Tips That Will Inspire You

This mom of three kids shares her love of Tough Mudder races and how she became herself again after having children.

At 5 a.m. on Saturdays and Sundays, 30-year-old Kristin Reed of Gulf Breeze, Florida is out running. Meanwhile, her three children under age six and her husband, Adam, are asleep at home. She makes it home just in time to attend their sporting events and tend to her family's needs.

Reed has used all this running and more to help her complete 10 Tough Mudders. Tough Mudders feature obstacle course events varying in difficulty and races ranging from 5K to 100 miles. They are offered in different course variations of different lengths and difficulties. You can get out of your comfort zone to see just what you're made of.

Reed's most recent feat was the World's Toughest Mudder in Atlanta in November. It's the most extreme 24-hour obstacle course challenge on the planet, consisting of a 5-mile circuit race with 20 to 25 insane obstacles. “A Tough Mudder is so much more than going for a run," Reed says. “It makes you feel like a kid again. It brings back so much of your childhood. It doesn't feel like you're exercising. You get to play like a big kid."

How it all began

Reed started running when she was 8 years old. She competed nationally as a teenager and landed a running scholarship to college in Georgia. There, she met her now husband, who was a pole vaulter. Once she graduated and got married, she took time off from running. She gained weight. She felt unhealthy.

She started training. But, a month later she found out she was pregnant, after two years of infertility and two miscarriages. She was put on bed rest early in her pregnancy because of her medical history and gained nearly 75 pounds. She had her first son in February 2014 after suffering severe preeclampsia and delivering him 6 weeks early.

At that point, she was a brand new mom trying to survive the newborn stage of parenthood. Still, she managed to participate in that Tough Mudder—just 10-weeks postpartum. “I walked and ran most of the way," she says. “But I knew I wanted to keep doing these races."

Training while being a mom of three

“How do you train with three young kids?" is a question Reed says she gets asked more than any other.

She recently moved from the Atlanta area to Florida. She went online and found a group of local women to run with early on the weekends. The support system has been helpful, as they all check in on one another.

Reed also involves her kids in her training regimen. When her older two boys are in school, she takes her youngest daughter out in the jogging stroller. After school, she takes the kids to the playground and she uses its offerings to train for obstacles. “I sometimes get weird looks!" she says as she does the monkey bars with kids and hangs on equipment. In fact, her older two have been so inspired by their mom that they've run a Mini Mudder.

She has days when her plans get thrown aside, say if a kid gets sick. “I just take what I can and am ok with that," she says. “I don't beat myself up about it. Never let what happened yesterday affect your plan today." She says she used to feel guilty about leaving them to train. But now she realizes she needs this self-care for her own physical and mental health. “Some sort of exercise makes you a better person and a better mom," she says.

Reed doesn't think too far in advance about what will be her next Mudder. After all, she only signed up for that November Tough Mudder three weeks prior. “You never know what's going to come up," she says. She aims to sign up for the next Tough Mudder in Atlanta, which is being moved from November to May.

She remains humble through it all. “Sometimes I fail. Some days I feel like I'm not doing great," she says. “I'm just a mom trying to make it through every day and doing the best I can."