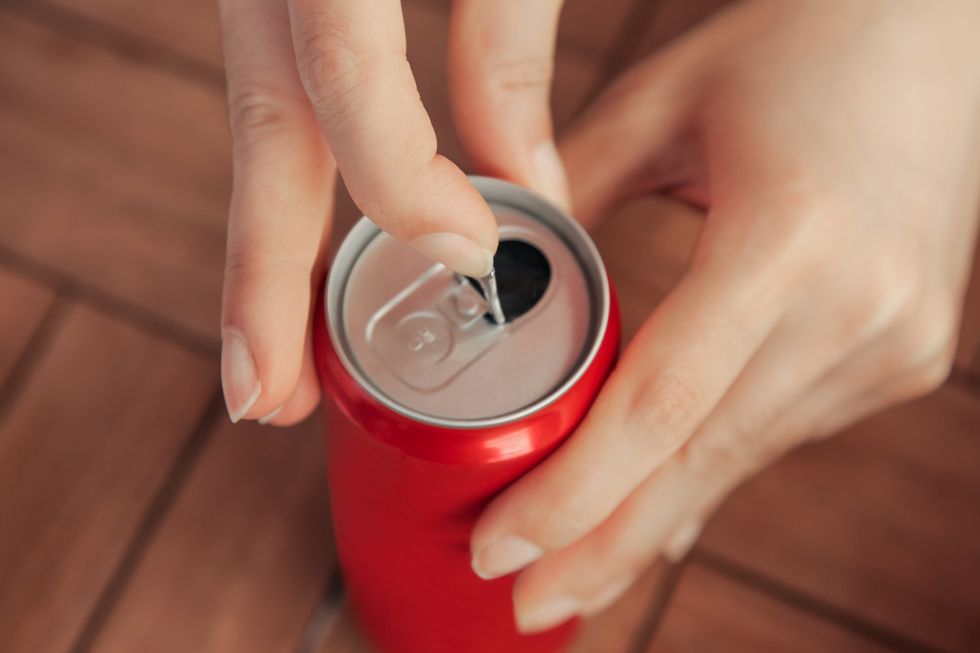 This will make you ditch artificial sweeteners for good

SATURDAY, March 29, 2014 (HealthDay News) -- Women who are heavy consumers of diet drinks might be more likely to experience heart attacks, dangerous blood clots and other cardiovascular problems than those who rarely or never consume artificially sweetened beverages, according to a large, new study.

The findings come from a study of nearly 60,000 healthy postmenopausal women in the United States. Participants were asked to estimate how many artificially sweetened drinks they'd had each day for the past three months. Diet soft drinks and low-calorie fruit drinks were counted toward the daily total.

Researchers divided the women, whose average age was 63, into four groups based on their overall consumption. The heaviest consumers had two or more diet drinks a day. The next group had five to seven artificially sweetened drinks a week. The third group had one to four drinks a week. The least frequent consumers said they never or only rarely indulged in diet drinks, reporting between zero and three in a month.

About nine years later, researchers checked to see how many women had experienced any of these heart-related problems: heart attacks; strokes; blood clots that threaten the legs, arms, organs or head; surgery to reopen clogged arteries; heart failure; or death from heart trouble.

"This is not the first study to show a relationship between diet soda intake and the risk of stroke and cardiovascular disease," said Susie Swithers, a professor of psychological sciences at Purdue University who was not involved in the study.

"This shouldn't be a surprise to us anymore," said Swithers, who is studying the effects of artificial sweeteners in animals.

The findings are scheduled for presentation Sunday at the annual meeting of the American College of Cardiology, in Washington, D.C.

The study authors and beverage industry representatives point out that the study has some significant limitations. Because it only followed women over time, asking about habits and patterns that were already in place, it can't prove that diet drinks caused their heart problems.

"The women who had the greatest risk of cardiovascular effects consumed two or more diet beverages per day," the American Beverage Association said in a statement prepared in response to the study. "However, they also had higher incidence of smoking, diabetes, hypertension and overweight -- all known risk factors for heart disease. Thus, it is impossible to attribute their cardiovascular health issues to their diet beverage intake."

The researchers said they adjusted their numbers to try to account for those differences, as well as other relevant factors such as exercise and caloric intake.

Still, an expert said this one study isn't a reason to give up a favorite low-calorie drink.

"I don't think these findings in and of themselves are grounds for changing any habits right now," said study author Dr. Ankur Vyas, a cardiovascular disease fellow at the University of Iowa Hospitals and Clinics. "A lot more work needs to be done."

Still, Swithers said her studies have pointed to a couple ways diet drinks might lead to heart problems. She said animals that eat regular sugar after consuming a diet heavy in artificial sweeteners have a disrupted response to the real thing.

"[Like diabetics], they become hyperglycemic," she said. "Their blood sugars go up higher than they should."

They also make less of a heart-protective protein, she said.

"If drinking diet soda interferes with this system, then over the long term you're taking something away that protects your cardiovascular health, and that could be what's contributing to these effects," Swithers said.

Results presented at medical meetings are considered preliminary until they are scrutinized by outside experts for publication in a medical journal.