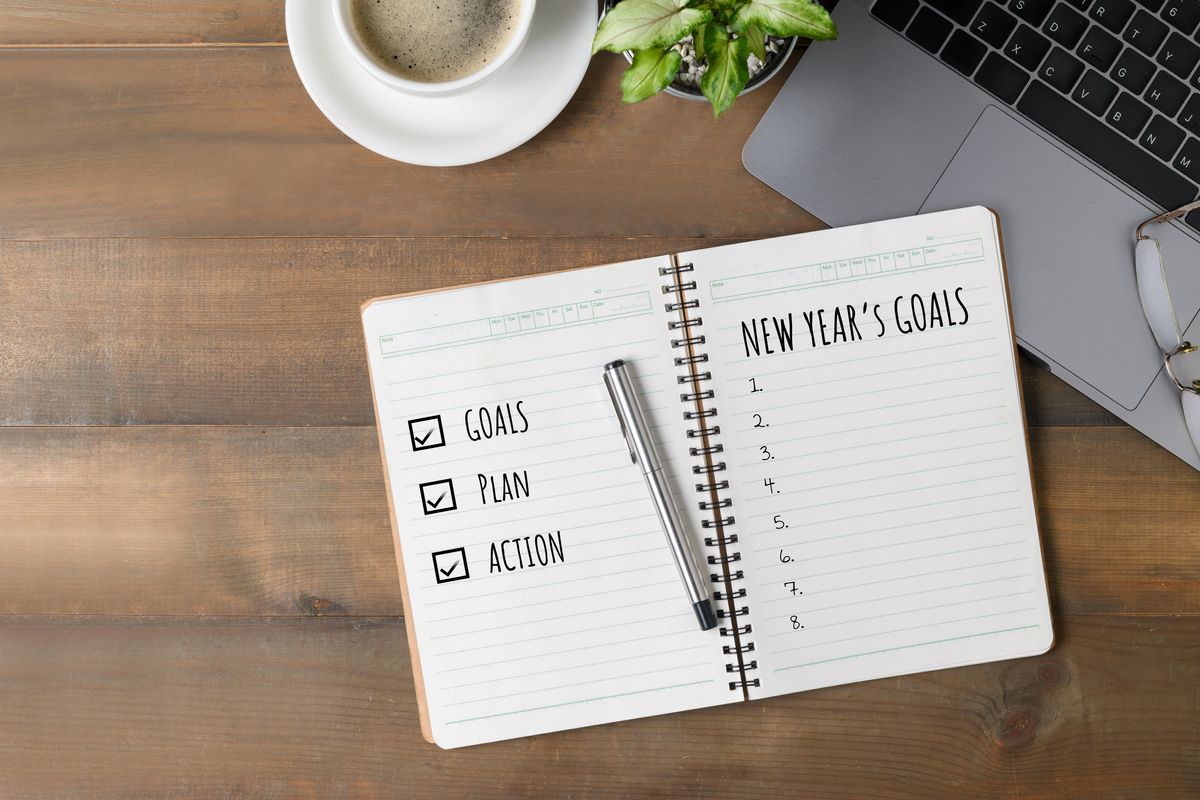 Now that we've all had almost a week to settle into the New Year, I find myself at a tug of war with those things called "resolutions." I used to make them until my list got too long. And then I gave up when I'd break them almost as quickly as I'd made them.

But something keeps pulling me back toward what January inspires: the tendency to wipe the slate clean and try, try again. To tackle the New Year as a do-over; a way to make new goals. To figure out a way to do it – whatever “it" is – better.

Dr. Sanjay Gupta, chief medical correspondent at CNN, says that confidence and commitment are key to make New Year's resolutions stick. He says you have to believe that you can change – and have enough willpower to make that change. He also suggests something else that resonates with me: to make the resolutions in February or March, rather than in January, when there is a lot of pressure to make them. I didn't exactly do that, but I waited a few days after January 1 to start thinking about it.

For those of you who didn't make your resolutions, don't make resolutions, or are waiting to think about resolutions, here's my post-New Year's resolutions list for bringing more health into your life. And keep this in mind: persistence counts for something: only 40 percent of people who stick to their number 1 resolution do it on the first try, according to a long-term study at the University of Washington, reports Dr. Gupta. What about the rest? They had to try multiple times. After more than six attempts, 17 percent finally did succeed in reaching their goal.

You might want to read about my favorite breakfast bread, full of fiber and healthy ingredients: http://healthywomen.org/content/blog-entry/big-mistake-you-dont-want-make

If you didn't get enough sleep last night, try carving out 20 minutes for yourself and take a nap. I did that yesterday when I just couldn't keep my eyes open around 3:00 PM and instead of being a grouch the rest of the day, I felt as if I had gotten a full night of sleep.

Why Skimping of Sleep is bad for your health: http://healthywomen.org/content/blog-entry/health-dangers-too-little-sleep

Not a fish fan or want alternatives? You can also get your omega-3's in foods like tofu, soybeans, canola oil, walnuts and flaxseed (and their oils).

Scientists have also found that challenging mental activities such as artistic expression can stimulate the growth of new brain cells in the cerebral cortex.

In case you missed it, read about the connections between creativity and mental, physical and spiritual health here.

From the experts at HealthyWomen, this new one-stop hub will help you understand your breasts from the inside out, offering up-to-date information on all aspects of breast health.