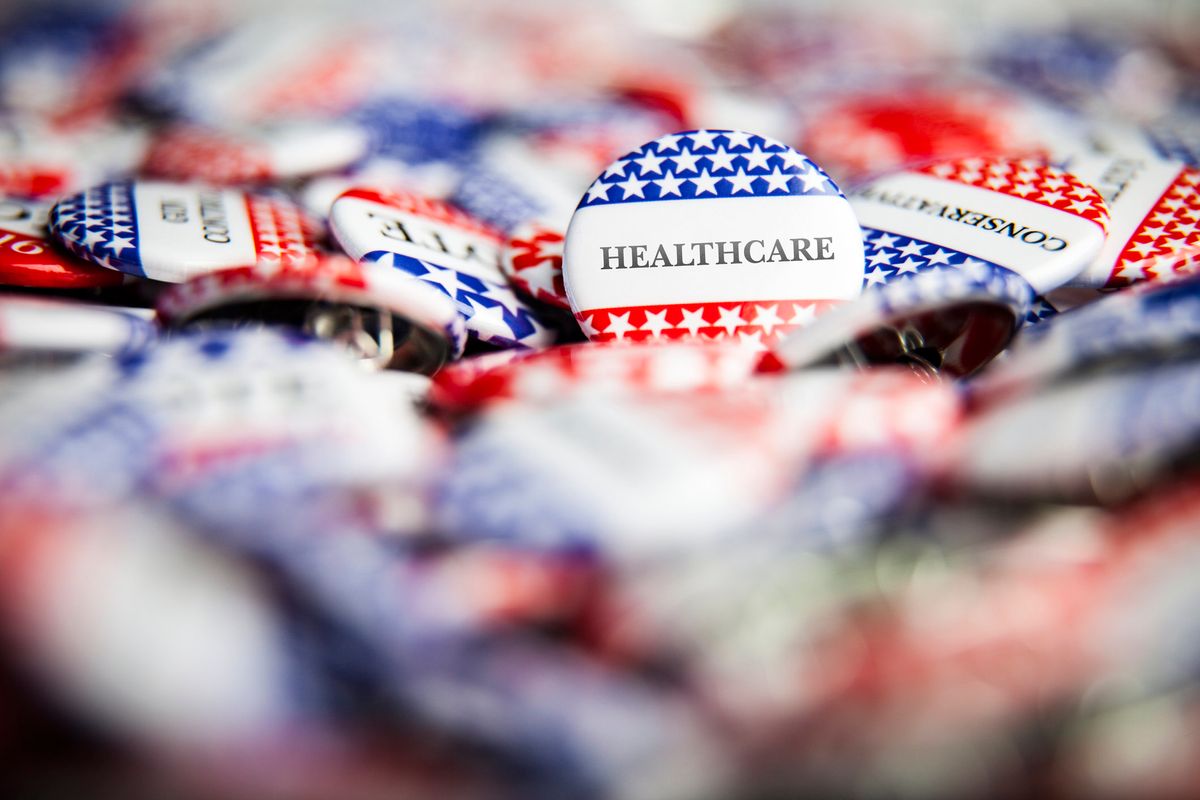 Here's what's at stake if we lose Obamacare.

With the recent death of Justice Ruth Bader Ginsburg, the fate of health insurance coverage for millions of Americans — already hanging in the balance — is under even greater threat.

On June 25, 2020, as the COVID-19 pandemic was spreading across the U.S., the Trump Administration filed a brief with the U.S. Supreme Court arguing to overturn the Affordable Care Act (ACA), also known as "Obamacare." That day, the U.S. reported approximately 40,000 new coronavirus cases and nearly 650 deaths.

Overturning the ACA would have dire consequences for everyone, but the risks for women are especially great.

The quest to kill Obamacare

After failing to overturn the ACA in Congress in 2017, its opponents moved the fight to the courts. Eighteen states, led by Texas, pursued a federal lawsuit to strike it down. The argument against the ACA hinges on the individual mandate, which requires all Americans to have health insurance or pay a tax penalty. When Congress set the penalty to $0 in the Tax Cuts and Jobs Act, the states argue, they rendered the individual mandate no longer a tax and, therefore, unconstitutional.

The Trump Administration chose not to defend the law, instead arguing that protections for people with preexisting conditions should be eliminated along with the individual mandate.

The Supreme Court is scheduled to hear arguments in the case during November 2020 and decide on the ACA's constitutionality by June 2021.

The value of the ACA

The ACA does not solve all U.S. health care woes, but it substantially expanded access to health insurance coverage and care, especially for women.

"The ACA's greatest contribution to women has been peace of mind," Rosemarie Day, author of "Marching Toward Coverage: How Women Can Lead the Fight for Universal Healthcare," wrote in an email exchange. "Regardless of your health status, no health insurer can deny you access to health insurance coverage in any state in this country. Since women do the majority of caregiving in the U.S., and make 80% of a family's health care decisions, this protection is essential to our ability to care for our families and loved ones."

Several features of the law have been vital to increasing overall insurance coverage.

In 2018, 56% of nonelderly adults with preexisting conditions were women, putting women at greater risk of becoming uninsured if the ACA is overturned.

Prohibition against rate discrimination based on gender: Until the passage of the ACA, insurers could legally charge women higher premiums than men, treating gender like a preexisting condition. A 2012 report by the National Women's Law Center showed that women were often charged 30% more than men for the same coverage, a practice that is no longer allowed under the ACA.

Medicaid expansion: The ACA gave states the option to expand their Medicaid programs to cover more low-income people. In all, 39 states expanded Medicaid; in these states, the uninsured rate is half that of states that did not expand, according to the Census Bureau. These coverage gains disproportionately benefit women, who are more often covered by Medicaid. Kaiser Family Foundation data show that in 2010, 11 million nonelderly adult women were enrolled in Medicaid; by 2018, that figure grew to nearly 17 million, or 58% of nonelderly adults on Medicaid.

"The expansion of Medicaid through the ACA provided greater access for women to get health insurance and health care," explained Martha Nolan, senior policy advisor at HealthyWomen. "It would do a massive disservice if it were to go away, to women in particular."

Essential health benefits: The ACA requires health insurers to cover 10 essential health benefits (EHBs), many of which are specifically for women. For example, maternity and prenatal care, birth control and preventive care, such as breast and cervical cancer screenings, are considered EHBs. Before the ACA, most women with individual health insurance lacked maternity coverage, and only one-third had coverage for birth control. Today, the ACA requires Marketplace plans to offer substantial women's health coverage.

What’s at stake for women?

If the U.S. Supreme Court deems the ACA unconstitutional, women have a lot to lose.

"The ACA has been a lifeline," Nolan said. "If we eliminate the ACA, it's very callous to millions in this country."

Without health insurance, people tend to face more financial barriers to care, go without preventive care and delay diagnosis and treatment, which leads to worse outcomes.

What can you do?

"To protect the ACA, women need to make their voices heard again and again, as they did in the 2018 midterm elections, making it clear that health care is a priority and electing more women to higher office," Day said.

Using your voice can mean participating in surveys, such as the ones that HealthyWomen conducts, or actively campaigning for candidates who support protecting health care access. Lawmakers at every level can influence women's health care, no matter what happens with the ACA in the Supreme Court. Therefore, the most important thing you can do to protect women's health — and to honor Ruth Bader Ginsburg's legacy — is to vote.