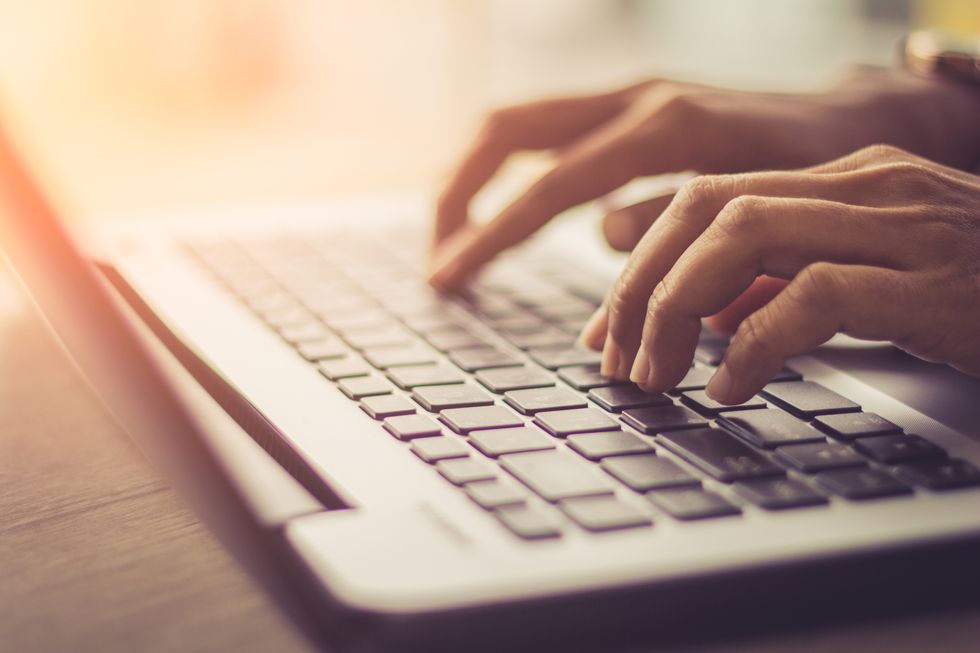 ACA Not Repealed or Replaced, But Getting Cut and Reduced in Many Ways That Will Affect You and Your Family

Congress in 2017 failed to “repeal and replace” the Affordable Care Act. But the health law has been changed in many other ways over the past year and a half. Some changes were made by Congress, some by President Donald Trump and his administration and some by state officials. Here is a timeline of the most consequential events that have shaped the health law:

On his first day in office, Trump issues an executive order to “minimize the unwarranted economic and regulatory burdens” of the health law. It includes instructions to agencies to “exercise all authority and discretion available to them to waive, defer, grant exemptions from, or delay the implementation of any provision or requirement of the Act that would impose a fiscal burden.”

The same day, officials at the Department of Health and Human Services begin removing information on how to sign up for coverage from the healthcare.gov website, even though enrollment for 2017 policies lasts until the end of the month.

HHS officials abruptly pull funding for outreach and advertising for the last days of 2017 enrollment. That is usually when healthier people traditionally enroll. Some of the advertising and outreach continues, but that’s largely because it is too late to cancel advertising purchased and scheduled by outgoing Obama administration officials.

One former Obama-era official later estimates nearly a half-million fewer people enrolled as a result of the cuts to outreach and advertising.

The Trump administration proposes new rules, backed by the insurance industry, cutting the 2018 open enrollment period in half and making it more difficult for people to buy insurance outside that six-week window. Insurers say the rules would reduce the number of people who “game the system” by waiting until they need care to sign up for coverage. These rules are finalized in April.

HHS Secretary Tom Price sends a letter to each state saying the department is eager to help leaders unleash state innovations for the insurance marketplaces to “alleviate the burdens” of the ACA. He says HHS is eager to see ideas from the states for bringing down premium prices through new insurance pools that would help cover the costs of high-risk enrollees.

The Congressional Budget Office estimates the GOP bill would result in an additional 24 million people being without insurance by 2026. It also predicts that premiums would go down for younger people and rise dramatically for older people under changes envisioned in the bill.

Surprise! Despite Trump’s cutoff of enrollment advertising and outreach, the final tally of marketplace enrollment during the open season shows numbers fairly close to the previous year.

Efforts in the House to advance the AHCA stall as it becomes clear Republicans don’t have the votes. Trump, trying to revive the repeal effort, threatens to cut off the ACA’s cost-sharing reduction payments (CSRs) that help some low-income marketplace customers pay for out-of-pocket expenses in an effort to get Democrats to the negotiating table.

The House narrowly passes the American Health Care Act, its version of a “repeal and replace” measure for the health law, but the bill has no support in the Senate. Despite that, Trump says at a celebration in the White House Rose Garden that not only was the House bill “a great plan,” but also, of the underlying health law, “it’s dead. It’s essentially dead.”

The uncertainty about the fate of the ACA is having an impact on the market. Anthem pulls out of Ohio, becoming just the latest in a long list that included Humana, Aetna, Wellmark in Iowa and Blue Cross and Blue Shield of Kansas City.

HHS launches a series of videos on its YouTube channel detailing the problems people are having with the Affordable Care Act.

In an effort to pass the bill before the July Fourth recess, Senate leaders release their bill to overhaul the ACA: the Better Care Reconciliation Act (BCRA). It would cap Medicaid spending, repeal the taxes that pay for ACA benefits and let states waive consumer protections in the health law.

The CBO says the new Senate bill would result in 22 million more uninsured by 2026 and increase premiums initially, but lower them in the long run.

The Senate fails to take up its health care bill before leaving for the Fourth of July holiday.

A revised version of the BCRA is released, including an amendment from Sen. Ted Cruz (R-Texas) that would let insurers offer plans that don’t meet some ACA provisions and would provide more money for opioid treatment and allow the use of money in health savings accounts to be used to pay premiums.

The CBO updates its estimate of the revised BCRA, saying it would result in 22 million more uninsured people by 2026 and would lower premiums, but that would be because the plans would likely cover fewer services, so people who use health care would pay more on average. And older people could be hit particularly hard.

The Senate approves a procedural motion to take up BRCA 2.0, by a vote of 51-50, with the just-returned John McCain casting the decisive vote.

As the week wears on, it becomes clear none of the leading proposals can garner enough votes. A last-ditch effort called a “skinny repeal” is the last bill standing. It is little more than a shell to keep negotiations going with the House. Still, it would repeal the individual and employer mandates for coverage and give broad authority to states to waive key sections of the ACA. The CBO says it would have resulted in 16 million more people without insurance in 2026 and premium increases of 20 percent. But in a moment of high drama around 2 a.m., McCain, who dramatically voted to let the debate proceed earlier in the week, became the deciding vote to end the effort.

Trump threatens to stop funding the cost-sharing reduction (CSR) payments. These reimburse insurers for discounts that they are required by the ACA to offer to some low-income exchange enrollees to help them afford deductibles and other out-of-pocket costs. The payments were the subject of a lawsuit filed by the House against the Obama administration, with the House charging that Congress had not provided a specific appropriation and therefore the administration was making the payments illegally.

With the partisan fight seemingly over, Sens. Lamar Alexander (R-Tenn.) and Patty Murray (D-Wash.) announce they will work together on a bill to stabilize the individual market.

An early look at insurance premiums for 2018 suggests much variation but somewhat lower increases than seen for 2017. It also suggests less competition as large insurers exit the market.

HHS officials make clear that they will not be working with local groups on enrollment efforts for the sign-up period starting Nov. 1.

HHS officials announce that the advertising budget will be cut 90 percent for the coming enrollment season and programs that provide help to people signing up will be cut by 41 percent. Officials tell reporters on a call that the programs are ineffective and people are already aware of the health law logistics, something public opinion polls suggest is not the case.

During a conference call with community groups, HHS officials announce the federal enrollment website healthcare.gov will be shut down for as long as 12 hours every Sunday except one during the six weeks of open enrollment. Officials say the time is needed for site maintenance, although such maintenance took far less time during the Obama administration.

The last chance for a partisan vote on the ACA repeal-and-replace effort ends with a whimper as Sens. Lindsey Graham (R-S.C.) and Bill Cassidy (R-La.) announce they cannot get 50 votes for their bill that would effectively take most of the federal funds in the ACA and turn them over to states in the form of block grants. Sens. Collins, McCain and Rand Paul (R-Ky.) all come out against it.

Trump officials instruct HHS regional directors and staff not to participate in state events to promote enrollment. An HHS official tells BuzzFeed that enrollment events “are organized and implemented by outside groups with their own agendas, not HHS.”

Oklahoma withdraws its request for a waiver from federal rules that would have allowed the state to create a “reinsurance” program that it estimated could have reduced premiums in the state by more than 30 percent. The proposal followed Price’s April letter inviting states to seek changes, and state officials said they had been led to believe a waiver was forthcoming. But it failed to materialize. State officials say the delay would keep the program from launching in time for the 2018 plan year.

Earlier, Trump administration officials said Minnesota could institute a similar program, but that the state was also going to lose nearly $370 million in funding for a separate health law program serving those with low incomes. Other states that are ultimately frustrated by the waiver process include Iowa and Massachusetts.

During the day, Trump signs an executive order pushing federal officials to make it easier for people to purchase insurance that does not meet the regulatory standards of the Affordable Care Act.

Late that night, he follows through on his threat to cut off the cost-sharing reduction payments to insurers. “The bailout of insurance companies through these unlawful payments is yet another example of how the previous administration abused taxpayer dollars and skirted the law to prop up a broken system,” says a statement from press secretary Sarah Huckabee Sanders.

State regulators respond by adding the lost payments to premiums of “silver” plans that determine premium subsidies. The result is that insurers get the money anyway, and most consumers eligible for premium help are held harmless or pay less.

Open enrollment begins for 2018 coverage. (Although, for the first time, enrollment will last only six weeks. In the previous year, the window was 12 weeks.)

The Senate moves to eliminate the penalty for not having health insurance — the so-called individual mandate — as part of its tax cut bill.

Sen. Collins says she has been promised a vote on the bill from Sens. Alexander and Murray and the bill she introduced with Sen. Bill Nelson (D-Fla.) before the end of the year in exchange for her vote for the tax bill.

The Department of Labor proposes a rule to expand the availability of “association health plans” that allow small businesses to band together to purchase health coverage that does not have to abide by some consumer protections.

Sen. Collins’ promised vote does not happen before the end of 2017, nor are the bills included in the spending bill to reopen the government following a brief shutdown in January. Aides say they will come later.

The Trump administration proposes to loosen restrictions on “short-term” health plans that consumer advocates fear will fail to protect consumers from serious medical bills and could destabilize the individual insurance market by pulling healthy people out of insurers’ risk pools.

The final spending bill of the year comes and goes — without Collins’ promised votes.

The Centers for Medicare & Medicaid Services reports that about 11.8 million people bought 2018 coverage on the ACA’s federal and state-based exchanges during the shortened open enrollment period — and 27 percent of them were considered new consumers.