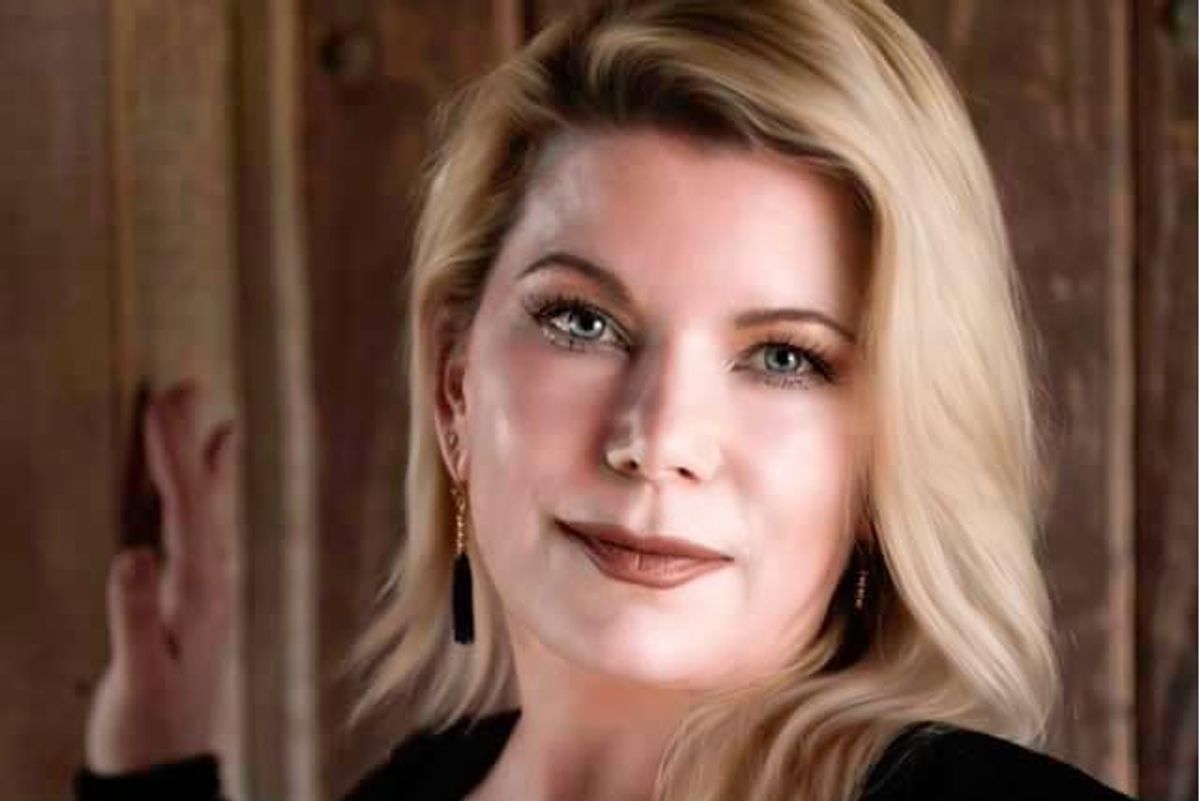 A heart attack, a stroke, two stents and a cardiac loop can't stop me from chasing my dreams

As told to Kimberly Rex

On a bright and early January morning 10 years ago, I sat in my living room while my one-year-old son Carter entertained himself in his playpen. My son has special needs. He was born at 23 weeks and spent more than six months in the neonatal intensive care unit. I'd already checked his feeding tube and his oxygen when I felt an uncomfortable pressure in my throat.

Earlier, I'd taken an antibiotic and felt as though the pill was lodged in my esophagus. When I bent over to get Carter out of his playpen, my legs felt heavy, and I struggled to lift him. I called my husband, who was on active duty at a nearby military post, and he urged me to call 911.

"I'm not going to call 911 because I'm not feeling well," I said, thinking that would be so silly of me. I was only 39 and healthy. What could be wrong?

But when he insisted, I called. An ambulance arrived to take me to the hospital, along with Carter.

When the hospital staff saw me there with my baby and his nasal cannula, feeding tube and pulse oximeter, they immediately saw me as an over-stressed mom who was simply overwhelmed but perfectly healthy. "You're young and emotional," the nurse said. "It's probably all in your imagination." I apologized and explained that I came to the emergency room (ER) because both my parents died of cardiovascular disease (CVD). Despite this information, even the doctor seemed to dismiss me. "Let's just run her bloodwork," he said, as if he was doing it just for kicks.

But when he pulled back the curtain surrounding my cubicle awhile later, his face was serious, "I want you to relax," he said. "You're having a heart attack."

The scariest part of hearing those words was that by that time, I felt fine. I had no pain. And yet, something so dangerous was happening inside me — something that could kill me any minute.

My husband cried as I was given a heparin shot and whisked away to the catheterization lab, where doctors discovered more than 70% blockage in my left anterior descending artery; my heart attack was what they call the widowmaker. They placed a stent, and I was admitted to the intensive care unit (ICU) for four days.

My heart attack was the beginning of my story with CVD, but it definitely wasn't the end. That summer, I went to the ER one night with chest pains, but was asked to give up my place to a 54-year-old man with heart attack symptoms — despite my pain and history. I went home mortified.

Six months later, I awoke one morning unable to speak or see clearly. I was having a stroke. Alone at the hospital later, I could only listen as the staff talked around me but not to me. The paramedic handed me over to the ER staff and said, "There were oxygen tanks in her house and look at her breast implants. She's probably a drug addict." I couldn't form the words to explain that the oxygen tanks were for my son and that my breast implants should be irrelevant. Eventually, my husband and Carter arrived, clearing up any confusion about who I was. I was given tissue plasminogen activator, a drug that breaks up blood clots, and was admitted to the ICU for seven days.

About five years ago, my heart's irregular rhythm started triggering fainting spells, so I had a device implanted in my chest that helps my doctor keep track of my heart rate. I also had a second catheterization and another stent placed, and I now see a cardiologist twice a year. In addition, I take medications for blood pressure and high cholesterol, as well as some supplements and multivitamins.

In some ways, my life is vastly different than it was before my heart attack. For instance, my vision is still impaired from my stroke, and I walk with a slight limp. But in other ways, it's exactly the same. My first priority still is and always will be my son. Raising this incredible boy is the highest honor, and nothing comes before him in my life.

I've learned, though, to also care for myself and, first and foremost, to listen to my body. The day of my heart attack, my body was trying to tell me something. I didn't think it could be serious; my symptoms were nothing like my parents' or what I'd seen on TV. I wasn't clutching my chest. I didn't feel as if an elephant was sitting on me or that I couldn't breathe. I only felt that discomfort in my throat and heaviness in my legs. I tried to avoid the hospital, but I'll never ignore my body's warning signs again.

All women should learn to advocate for their own health. I was almost turned away at the ER and would have died if I had been sent home. Women should know and communicate their risk factors, and no woman should assume she's not at risk for CVD. The only risk factor I had was genetics, but family history has to start with someone.

Today, I do my best to stay healthy. I've never been a smoker or a heavy drinker. I've always tried to eat on the healthier side, but I'm more committed to that now. I'm by no means perfect. I indulge sometimes, but I try to avoid high-fat foods and sweets, and I also make sure to exercise regularly.

I make a bigger effort nowadays to keep my stress level down too. The biggest culprit for me, as I think it is for many people, is stress. To combat this, I take walks outside with Carter in his wheelchair. We also listen to music to calm our minds; we're on this journey together.

What changed the most from my CVD was my perspective. My heart attack and stroke made me face my mortality. I started to think about my son losing his mom. I fight to stay healthy now for him. He's meant to do amazing things in life, and I want to be there when he does them.

My CVD doesn't make me give up. It makes me try harder. Today, I take risks and go for what I want whenever I can. I flew out to California and tried out for The Voice. I moved to Texas from Maryland and got back to working in television. Knowing how easily I could have died makes me want to make the most out of life.

I chase my dreams now. I chase them for myself, but also for my son, my hero. If nothing else, I want to teach him that trying is worth it and his dreams are worth chasing, too.

This resource was created with support from Amgen, Bristol Myers Squibb and Novartis.