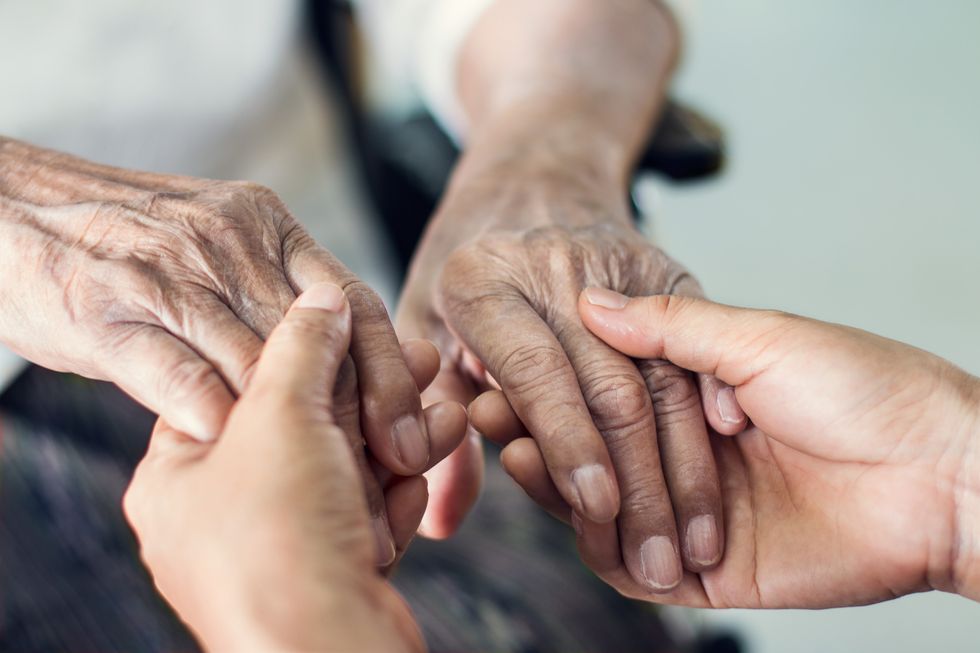 Who Am I? A Caregiver and This Is My Journey

Who Am I? A Caregiver and This Is My Journey

As the only child of Holocaust survivors, I'm no stranger to the caregiver role. This is what it’s really like to be a caregiver.

I am a Modern Orthodox, first-generation American. I am a writer, editor and digital content and experience specialist. I'm single, college educated, well-traveled, and have lived on the Upper West Side of Manhattan for most of my adult life. I have lots of friends and interests, am very active in my community and the issues affecting it, and I've been described as intelligent, thoughtful and empathic with a wickedly good sense of humor. I love kids and pets, and they seem to love me back.

Also, I am a caregiver. My mother's caregiver. In fact, since 2016 it often feels that this is the entirety of who I have become.

As the only child of Holocaust survivors, I'm no stranger to the role. I've been taking care of people from the time I was a child. It wasn't until 1994, though—the year my father had an emergency sextuple bypass followed by my mother's heart attack 10 weeks later—that I truly learned its meaning in the conventional sense. It was a frightening and intense time that came with a lot of responsibility and decision-making. But I was up to the task. Being a health editor helped. And intense as it was, both my parents recovered well and life went on.

The caregiving call came once again after a father/daughter trip the summer of 2002. It seemed that despite passing the 10-year survival mark, my father's prostate cancer had returned. Unexpectedly and aggressively. I was working at Lighthouse International and will always be grateful to my boss Patrick and to then CEO, Dr. Barbara Silverstone, for allowing me to work from my father's chemo room every Thursday for several months.

It wasn't until 2016 when I was being chided by my then boss on the phone during one of our regularly scheduled weekly meetings for working remotely too much, that I realized how ill-prepared most U.S. employers are to deal with issues that may arise from eldercare. Thanks to some (although not always enough) strides made in the workplace surrounding childcare, would I have been equally chastised for staying home with a sick child whose babysitter hadn’t arrived? The fact that I was overseeing digital content, that my team was virtual, that we had already completed our daily G-chat scrum and that there was nothing anyone was working on that couldn't be handled via phone, email, chat or Skype mattered not at all.

That was the day I realized what I really was: a caregiver. I had lived through many "new normals" since my mother's stroke on February 3, 2010: the need for both of us to adapt to, accept and then re-adapt to her cognitive changes; the introduction of assistive devices and home safeguards; the challenge of getting the right live-in help and then doing it again each time the help leaves; the routine of placing her pills in containers and making sure everyone understands what needs to be taken when. And then there was shopping; cooking; making, taking her to and following up on doctors' appointments; getting her to physical therapy and then getting physical therapy to come to her; keeping her engaged and calm; keeping my own subsequent diagnosis with an autoimmune disease from her, despite living with almost constant discomfort and fatigue.

It was a slow devolution. I became rarely able to make it to social events or keep commitments with friends. I had no time to talk on the phone; it seemed like something else always needed my attention. I began to ignore my own paperwork and financial housekeeping because I always needed (or so I thought) to prioritize her.

When I was with her, I often wanted to be somewhere else. And when I was elsewhere, my heart would jump into my mouth every time the phone rang until I realized I could simply assign her number and her aides’ a special ringtone.

Then the company I was working for downsized and I lost my job. A blessing really. But it felt like the straw that would break my back. It didn’t break me. I reinvented as a freelance writer and restarted my consulting business.

I began to cherish what remained of my mother rather than constantly mourning what was lost. I asked for help and took advice from those who had gone before me. "Take care of yourself," they would say. I used to cringe every time someone used the oxygen mask analogy. But I don't cringe anymore. Without breaks, wherever, whenever, however I could get them, I couldn't function, and if I can't function, I'm of no help to my mom.

"It's OK to be angry and resentful"—and that's where my therapist and online caregiver support groups come in.

None of caregiving is easy. It requires work to be a caregiver and take care of yourself. I chose to help my mother and make sure she could stay in her home as long as possible, even moving in with her for a period of time. Certainly, I have lost things along the way in this journey. But I've learned so much and gained some incredible times with my mom. And I wouldn't trade those for anything.