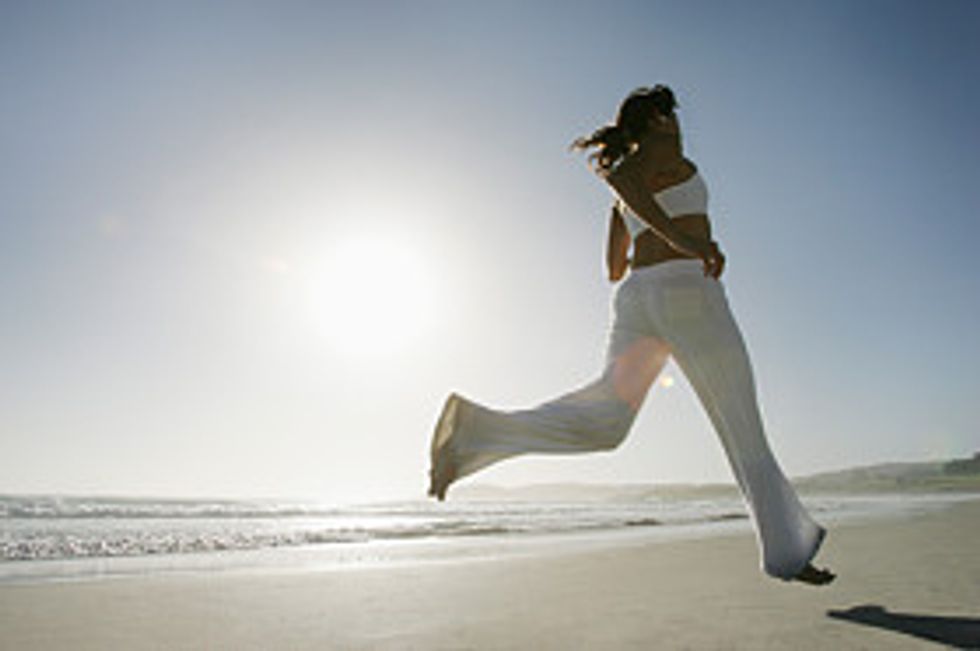 What Drives You to Work Out?

Here are just some of the benefits from exercise: your cognitive and lung function, heart, blood pressure, immune system, joints, bones, um, elimination and of course, balance.

I've been exercising for so long it's hard to remember when it all first started. After I got diagnosed with breast cancer one of the questions people asked (after "did anyone in your family have it?" - the answer was no, by the way) was "did you always exercise?" (the answer was an emphatic "yes, I did").

If I think back to why was always active, the first thing that comes to mind is that I've always had pretty high energy. And when I was younger, it was more boring to stay in the house than to stay out, so I was always outside, running around with all the other kids, joining in whatever we played at the time - kickball, volleyball, basketball, or just chasing one another around the winding streets of my neighborhood.

I wonder if we had organized school sports teams for girls as they exist today if I would have been a member. I'm sure I would have joined the basketball team (I was tall) and maybe even the track team (my nickname was "spider legs"). The closest we came to anything "organized" was in gym class, doing our daily exercises to Robert Preston singing "Chicken Fat."

And then, as I became a teenager and more body-conscious, I continued my exercise, but for the purposes of looking good in a bikini. That was my sole incentive: Vanity.

And now? Well, now I'd say exercise is primarily on my must-do list because of it's many health benefits. If you were to start at your head and go all the way down to your feet, I'd say almost every part of your body along the way benefits from exercise: your cognitive and lung function, heart, blood pressure, immune system, joints, bones, um, elimination and of course, balance.

And then, there's that huge gift - stress reduction and just plain enjoyment. The many benefits of taking a walk (not necessarily like a maniac, but slow and steady) can't be denied. Weight control is up there, too, but unfortunately it has become harder and harder to achieve anything close to being able to don a bikini. Besides, most of us don't have that kind of time...

Sure, it's not always easy to be disciplined and stick to an exercise routine, but I really do try. There's that little voice nagging at me, telling me ,"go do it and you'll be so glad you did." And 99 times out of 100, that voice is usually spot on.

So, I wonder: Why do YOU work out? What drives you?

And if you don't work out - what's stopping you?

And, while we're at it, you might also be interested in:
Exercise for your bones:
Another reason to exercise: it's not just about the fat

The Benefits of High-Intensity Workouts

Working Workouts Into Your Life

Exercising on an Empty Stomach: Good Idea or Not?

Take Your Swim Workouts to the Next Level

Can't Get to the Gym? Work Out in Your Office!

Work Out at Home? Yes, You Can!