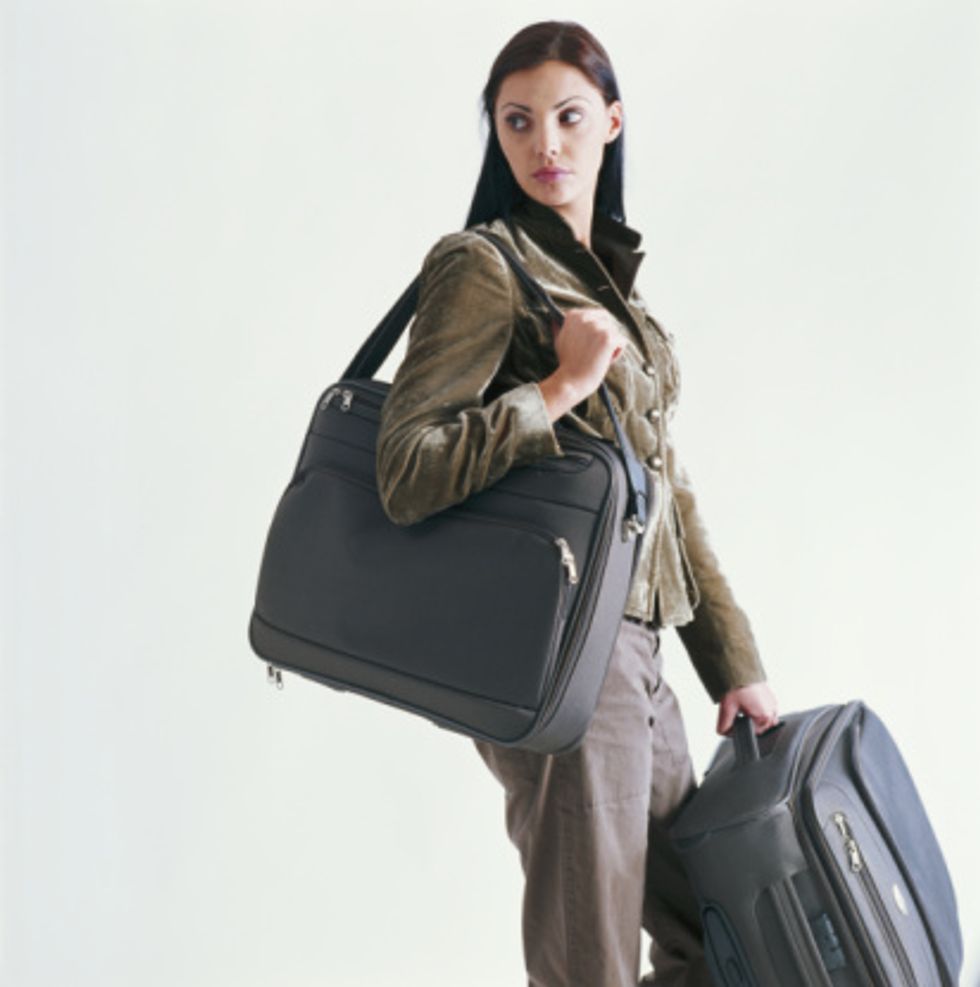 I recently flew to California, a six-plus hour plane trip. And despite my reticence about walking around the plane while it was airborne, (I don't care much for flying and tend to stay put in my seat, tightly belted in) I made sure to get up and move - and drink lots of water, even though that meant lots of trips to the restroom.

Perhaps it was after talking to someone who told me that after a 3-hour plane ride, she developed a swollen, painful thigh which turned out to be DVT - deep vein thrombosis, a potentially deadly condition where a blood clot in a deep vein breaks off and travels through the bloodstream, entering the lungs and causing an pulmonary embolism, blocking blood flow. Luckily, she received medical help before it killed her. (That's what happened to reporter David Bloom in 1993 when he was only 39 while reporting the war from Iraq. He became dehydrated while riding for many hours in a cramped Army tank in Baghdad.)

Well, now researchers are reporting that people who travel have almost triple the normal risk of this kind of dangerous blood clot. And it's reported that there is a significant increase for every two hours that are spent sitting either in a car or a cramped airline seat (come to think of it, they're all cramped, aren't they?)

Since summertime is a big vacation time for many of us, I think it's important to be aware of the symptoms of this dangerous, but avoidable, condition. Sometimes, though, there are no symptoms, so be aware of the fact that every 2 hours or so, you should get up and stretch, move your legs, and continue to drink plenty of water throughout your travel time (even if it means extra bathroom stops!)

So, what can you do? It's important to move, as I mentioned above. Also, you can wear compression stockings if you're at high risk (those at high risk involve people who smoke, are pregnant or overweight, have a family history of DVT). Avoid crossing your legs for extended periods. If you cannot get up and walk around, at least exercise your legs by curling or pressing the toes down.

Are you planning a special vacation? We'd all love to hear about it.

Wishing you all safe and healthy travels!

Want more to read? Here's some info from the American Heart Association.

How to Stay Healthy During Holiday Air Travel

How to Avoid Suitcase Strain This Holiday Season

How to Eat Healthy on Vacation: You Can Do It!