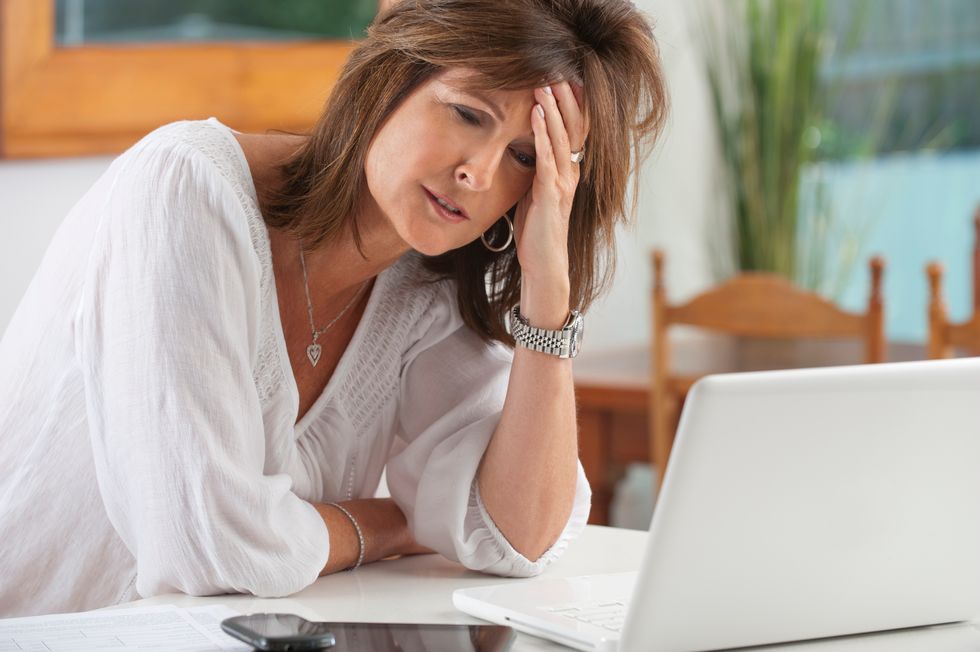 Migraines and Menopause: What's the Connection?

Menopause can make migraines better. But it can also give you migraines for the first time or make the ones you already have worse. What's the connection?

Menopause can make migraines better. But it can also give you migraines for the first time or make the ones you already have worse.

"I wish I had a migraine. At least then, I could lie down and rest," said no woman ever.

Migraines cause pain, nausea and sensitivity to light, sounds and smells. No one wants one.

Read Why We All Need to Practice Self-Care

They can come frequently and furiously or only occasionally.

But I'm sure you'll agree that even if you get only one or two migraines a month, it's one or two too many. That's because a migraine is more than a headache. These painful attacks can last between four and 72 hours, and they can cause a real interruption to your life—more than 90 percent of people who suffer from migraines are unable to work or function normally while their headache is raging.

Yes, the headache cards are stacked against us.

So, what is it with migraines and menopause? You might experience a change in the pattern and frequency of your migraines around the time of menopause. That's because many migraines can be caused by fluctuating levels of estrogen and progesterone (common during this time). These hormones affect the brain's headache-related chemicals—chemicals that can lead to inflammation of the blood vessels and cause them to press on nearby nerves. Some hormonal migraines are also thought to be linked to the changes in the amount of serotonin in your brain, as well.

Migraines, if caused by hormones, are not limited to menopause. If hormones cause your migraines during menopause, they've likely caused them during your menstrual cycle and pregnancy, too.

While some women get more migraines around menopause, others find that their migraines become less severe or less frequent during this time.

It can happen, because every woman reacts differently to hormones. Just as some women breeze through menopause with nary a hot flash or headache, others might be drenched in sweat and cursing the headache gods. Even though hormone levels are at a consistently low level after menopause, the headaches may be anything but.

But there are things that every woman can try to help stop the symptoms, ease the pain and prevent attacks of these dreaded headaches. These are not sure-fire treatments; they may work for your friend but not for you. Or, they may work once but then not again. You will need to figure out your own strategy for battling migraines.

Some things to take into consideration: the frequency and severity of your headaches, how incapacitated the headaches make you, and any other medical conditions you might have.

There are prescription medicines (for example, triptans, ergotamine) and over-the-counter pain relievers (ibuprofen, naproxen sodium, aspirin, acetaminophen). Some are taken when you first feel a migraine coming on; others help prevent migraines or lessen their severity or duration.

There are also some common medications that are used for other conditions—like cardiovascular drugs, antiseizure medications and antidepressants—that can help prevent or treat migraines, too.

And some women treat their migraines successfully with hormone replacement therapy, although, again, it doesn't work for everyone and can sometimes make migraines worse.

Another treatment—which may surprise you—is Botox (onabotulinumtoxinA). You may associate Botox with "wrinkles" or "frown lines," but the Food and Drug Administration approved it for treating chronic migraines in 2010, after people receiving Botox for other purposes reported relief from their headaches. Trials showed that it worked for people with chronic migraine.

How it works is not entirely clear, but researchers think it has something to do with inhibiting the expression of certain pain pathways. To treat migraines, Botox is injected into seven specific head and neck muscles, and injections usually need to be repeated about every 12 weeks.

According to the American Migraine Foundation, Botox treatments take time to work. There's a cumulative effect with each treatment cycle. It could take up to six months to see maximum benefit.

If you prefer to try alternative treatments instead of or in addition to medications, there is some evidence that acupuncture, biofeedback, massage therapy and herbs like feverfew and butterbur might be helpful in treating migraine pain.

More Reading:
Menopause and Anxiety: What's the Connection?
The Beginner's Guide to Menopause