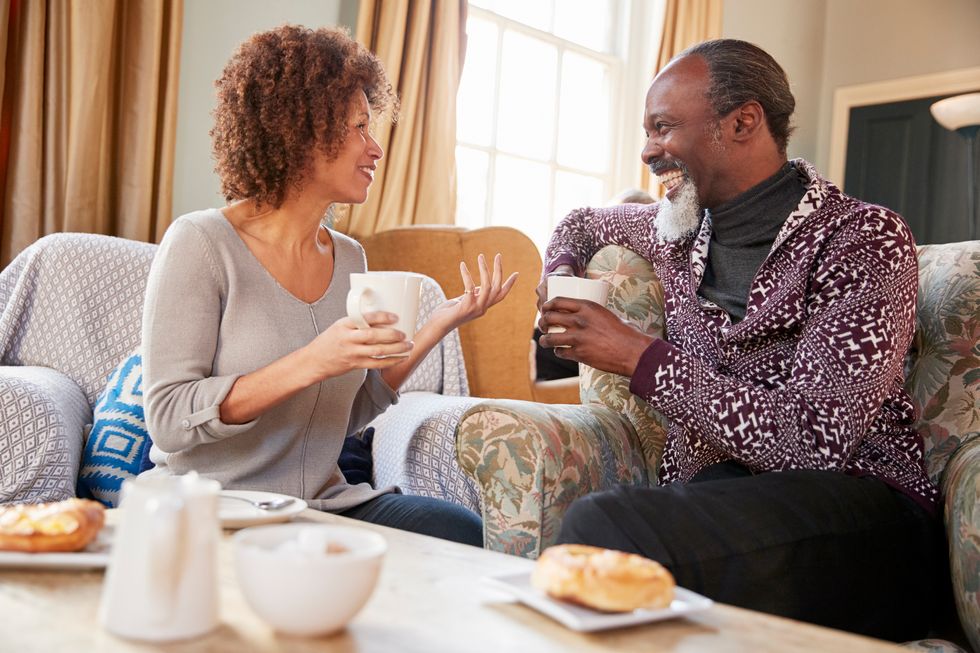 When you consider how many marriages end in divorce, it's not surprising that by your middle-age years you know a lot of people who are either looking for love, actively dating, deciding to live life without a partner or are on their second, third or even fourth marriages. Maybe you're even one of them.

CNN reports that although divorce rates have stabilized over the past several decades for the general population, they've risen among baby boomers. According to a study by Bowling Green State University, divorce rate among couples over 50 more than doubled in the last two decades. In 1990, fewer than one in 10 people who divorced was 50 or older; by 2008, it was more than one in four.

It's not just the Maria Shrivers and Arnold Schwarzeneggers or the Tipper and Al Gores of the world who are splitting up and taking the tough emotional journey of divorce. It's people we know.

Why the change?
Some couples meet in high school or college, settle down and marry young. Busy lives building careers and raising children cement the marriages—but perhaps only for so long. Once careers are solidified or children are grown, many couples realize that they've grown apart or don't really have much in common any longer. Communication becomes difficult or practically nonexistent.

For some couples, their beliefs or value systems might have shifted. Perhaps personal self-fulfillment or the need for independence after being together with the same person for so long trumps staying married.

And then there's the health factor: people are typically living longer and, with this, may want to spend their extra years doing something different—and that something might not involve their spouse. Along with that is something I like to think of as "boomer enlightenment": a realization that our days are numbered and precious, and divorce might be preferable to staying in an unhappy marriage.

Finally, there are more women in the workforce than ever before, giving them the economic autonomy and freedom that more easily allows for divorce.

Dating at midlife
If you're swimming in the pool of availability, dating rules and opportunities to meet other people have really changed since "back in the day." But since I have been married for a little over 30 years, I'm not the one to ask, so I've done some digging around the Internet and will share a few things I've learned.

Just like the Internet has opened up many avenues of knowledge to us, it's also opened up over 1,000(!) dating websites.

Dr. Eli J. Finkel, a professor of social psychology at Northwestern University and coauthor of a study of online dating, thinks highly of this method of meeting potential mates. "My view of Internet dating is very positive. It is a marvelous tool to meet people you might not have otherwise met," he told WSJ.com.

The variety of online dating sites can be dizzying, he said. There are mainstream sites like Match.com, which appeal to a very broad audience; sites that specifically target people over 50; and sites that target certain religions or ethnicities. And if you're a woman who prefers the hirsute to the hairless, there's a even a site for that.

Curious, I ventured over to one site, eHarmony.com. No, it wasn’t to find a mate, but to see if they offered any advice to the midlife dating crowd.

There, Barbara Waxman, MS, MPA, mentions something that I wouldn't have considered as a clue to compatibility: ask a potential date which section of the newspaper he or she reaches for first. Makes sense when you think about it. Reach for the travel or sports section—well, that's a given that the person is into, um, travel and sports. Waxman also dispels the common myth that all men are looking for younger women, saying that there are plenty of men looking for women around their own age and that "with age comes clarity."

I have my share of divorced friends. Some choose to remain that way. Others are eager to date but afraid to dive into the dating pool. Some have done it and need time to dry off. And then there are those who have taken the plunge with an open mind and heart, and continue to have fun, new adventures. I must admit, it's fun to live vicariously.

But, one word of caution to those reentering the dating scene: practice safe sex. We've told our teenagers this for years, but it's not just important for teens. As divorce among older adults has risen, so has their rate of sexually transmitted diseases (STDs). In fact, the rate of STDs has more than doubled among middle-aged and elderly adults in the past decade.

The U.S. Centers for Disease Control and Prevention reports rates of syphilis and chlamydia have risen among older people. Reasons aren't clear, but there are several theories: the popularity of erectile dysfunction drugs makes sex possible for more aging men; older couples aren't worried about pregnancy and so don't use condoms; or baby boomers who ushered in an era of sexual freedom just want to keep enjoying it.

Whatever the reason, it is important to protect yourself. Here are some strategies from the CDC to help women of any age reduce STD risk: