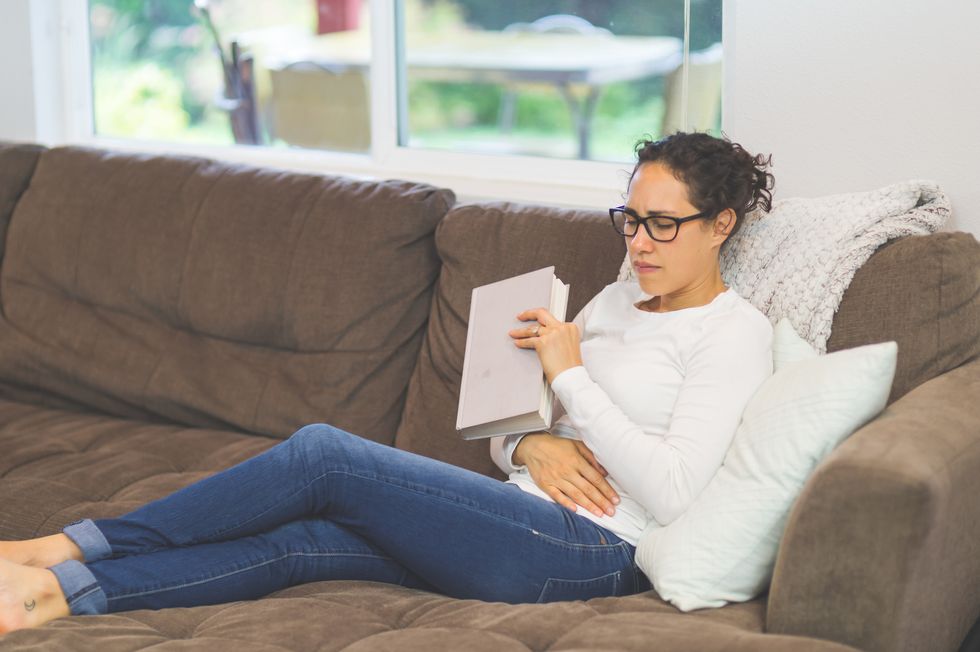 If you suffer with pelvic pain, it's time to speak out and speak to your health care provider, because pelvic pain can be an early sign of ovarian cancer and other serious illnesses.

Each year thousands of women in America experience the pain in the lower back and groin area collectively categorized as pelvic pain. Many say they can't sit or stand for lengthy periods without experiencing nearly crippling agony. Despite the number of women who experience serious pelvic pain and how debilitating it can be, women often suffer in silence.

Partly this is because pelvic pain is often thought to be a symptom of premenstrual syndrome, but serious pelvic pain can be a sign of far more than PMS.

Pelvic pain is associated with a number of serious ailments from bladder infections to pelvic organ prolapse, and perhaps the disease most seriously entwined with pelvic pain is cancer. Pelvic pain has long been recognized as a symptom of many types of gynecologic cancer. Unfortunately, the pain is usually noticed (or taken seriously) after the cancer has progressed and metastasized.

However, more and more health care professionals have begun to believe that pelvic pain may be one of the earliest signs of ovarian cancer.

Pelvic pain can be symptomatic of ovarian cancer early in the tumor's growth because, unlike other gynecological cancers, depending on the tumor's location on the ovary, it can cause either a serious inflammation or infection within the pelvic region early in its development or cause the tissue in the abdomen to swell, putting pressure on the pelvic bone.

When pelvic pain occurs often, severely and with a sudden onset, it is more likely to be a symptom of ovarian cancer.

Because ovarian cancer lacks an adequate screening tool and has a long latency period, it is often far deadlier than it needs to be. Increased openness about the dangers of pelvic pain is one tool for fighting this deadly cancer.

Far too often, women faced with pelvic pain may react similarly to one woman, who said: "I felt so lost, and I wondered what would happen when they finally discovered what was wrong. Would it be serious or even terminal? Why was this happening? All the unanswered questions took a toll on me, so, yes, I was stressed out, but I was sure that wasn't causing the pain."

It's time to confront pelvic pain seriously and openly. If you experience pelvic pain—especially if the onset was sudden and severe—see your health care provider as soon as possible.