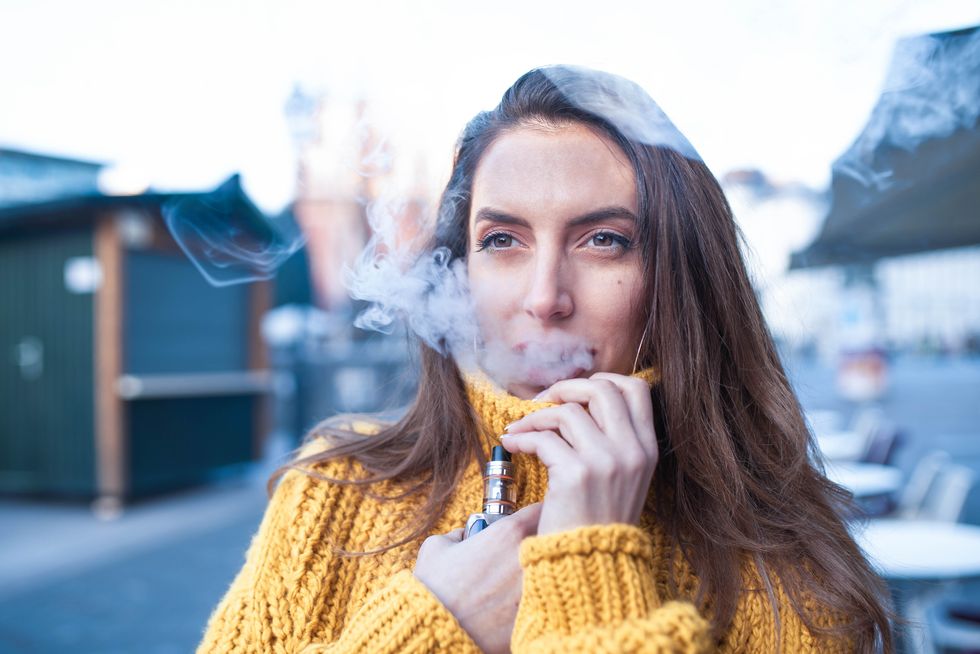 A new federal report points to an oily chemical known as vitamin E acetate as the likely culprit behind more than 2,000 cases of severe lung illness among vapers.

FRIDAY, Nov. 8, 2019 (HealthDay News) -- A new federal report points to an oily chemical known as vitamin E acetate as the likely culprit behind more than 2,000 cases of severe lung illness among vapers.

READ: Vaping is Bad for Everyone, and It’s Especially Unhealthy for Children

After taking fluid samples from the lungs of 29 vapers who were hospitalized for the illness in 10 states, scientists from the U.S. Centers for Disease Control and Prevention spotted the chemical in all of the samples.

"This is the first reported identification of a potential toxicant of concern (vitamin E acetate) in biologic specimens obtained from [these] patients," the researchers said in the Nov. 8 online edition of the CDC's Morbidity and Mortality Weekly Report. "These findings provide direct evidence of vitamin E acetate at the primary site of injury."

But the CDC researchers added that more study is still needed.

"Based on these data from 29 patients, it appears that vitamin E acetate is associated with [severe lung illness]; however, it is possible that more than one compound or ingredient could be a cause of lung injury, and evidence is not yet sufficient to rule out contribution of other toxicants," according to Benjamin Blount and his colleagues at the CDC.

Vitamin E acetate is derived from vitamin E, which is found in vegetable oils, nuts and seeds, and leafy green veggies. It is available as a dietary supplement and skin treatment.

But when vaped and inhaled, this oil can harm lung cells, one respiratory expert has said.

"My understanding of vitamin E acetate, the oil, is that it needs to be heated to a very high temperature in order to be transformed into a vapor," said Patricia Folan, who directs the Center for Tobacco Control at Northwell Health, in Great Neck, N.Y.

"However, when an individual inhales the vapor into their lungs, the temperature in their lungs is lower, causing the substance to return to its oil state," she added. "This in turn causes shortness of breath, lung damage and the respiratory illness being seen in [these] individuals."

Dr. Teresa Murray Amato is chair of emergency medicine at Long Island Jewish Forest Hills, in New York City. She noted that, "once inhaled, oil can set off an inflammatory response that can lead to severe lung injury. Acute respiratory distress syndrome (ARDS) is one of the dreaded complications as it can lead to the need for intubation -- placing a breathing tube -- and being placed on a ventilator to assist in the respiratory effort." In the most severe cases, ARDS can prove fatal, she added.

As of Thursday, the number of Americans stricken with severe lung illness tied to vaping had reached 2,051, the CDC reported.

Cases have been reported in every state except Alaska, the agency noted.

The related death toll has also risen by two over the past week, to 39 fatalities, spread across 24 states and the District of Columbia. Deaths have involved patients ranging from the ages of 17 to 75, with a median age of 53.

The CDC has noted that 86% of cases involved products that contained THC, the psychoactive ingredient in marijuana.

Young men are being especially affected, with 70% of patients being male and 79% under the age of 35.

In light of the most recent findings on vitamin E acetate, the CDC continues to recommend that people refrain from vaping.