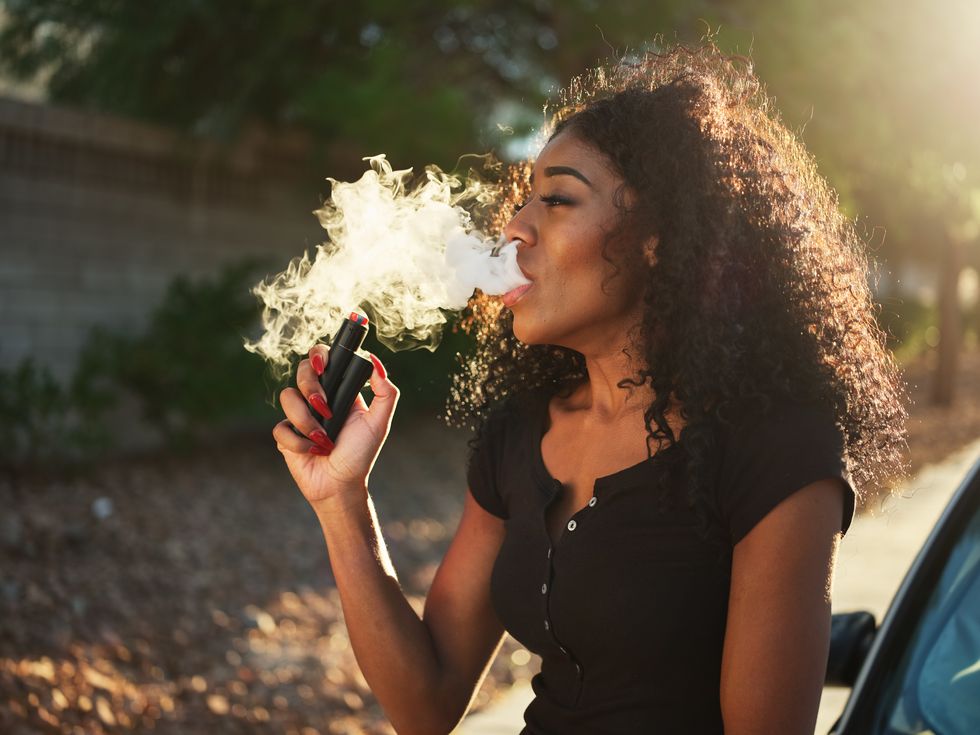 If you think vaping is less likely to harm your lungs than traditional cigarettes, think again.

WEDNESDAY, Dec. 18, 2019 (HealthDay News) -- If you think vaping is less likely to harm your lungs than traditional cigarettes, think again.

E-cigarettes have been touted as safer than tobacco smoke, but evidence is mounting that they are both damaging to your airways, U.K. researchers report.

A team from the School of Pharmacy at Queen's University Belfast in Northern Ireland compared cigarette smoke and e-cigarette vapor on bacteria associated with smoking-related chronic lung disease.

When exposed to either cigarette smoke or e-cigarette vapor, the bacteria made more biofilms. Biofilms are microbes involved in a wide variety of infections.

Cigarette smoke and e-cigarette vapor may both increase the harmfulness of common lung germs and cause persistent infection, the researchers said.

In another experiment, the researchers showed that human lung cells exposed to bacteria that had been exposed to cigarette smoke or e-cigarette vapor responded with increased production of Interleukin-8, a key factor tied to inflammation.

"A recurring theme of this study is the similarity in the effect of exposure to cigarette smoke compared to e-cigarette vapor on how bacteria behave and how harmful they are. The findings indicate that the effects of vaping on common lung pathogens may be similar to those of smoking," said researcher Deirdre Gilpin.

The report was published Dec. 17 in the journal Respiratory Research.

For the study, e-cigarettes with no added flavor were used, so more research is needed to see the effect of flavorings and long-term exposure, the researchers noted.

The debate continues over whether e-cigarettes should be promoted as a way for cigarette smokers to quit. A different study was published this week in the American Journal of Preventive Medicine that suggests vapers are at significantly higher risk of chronic lung diseases such as asthma, COPD and emphysema.