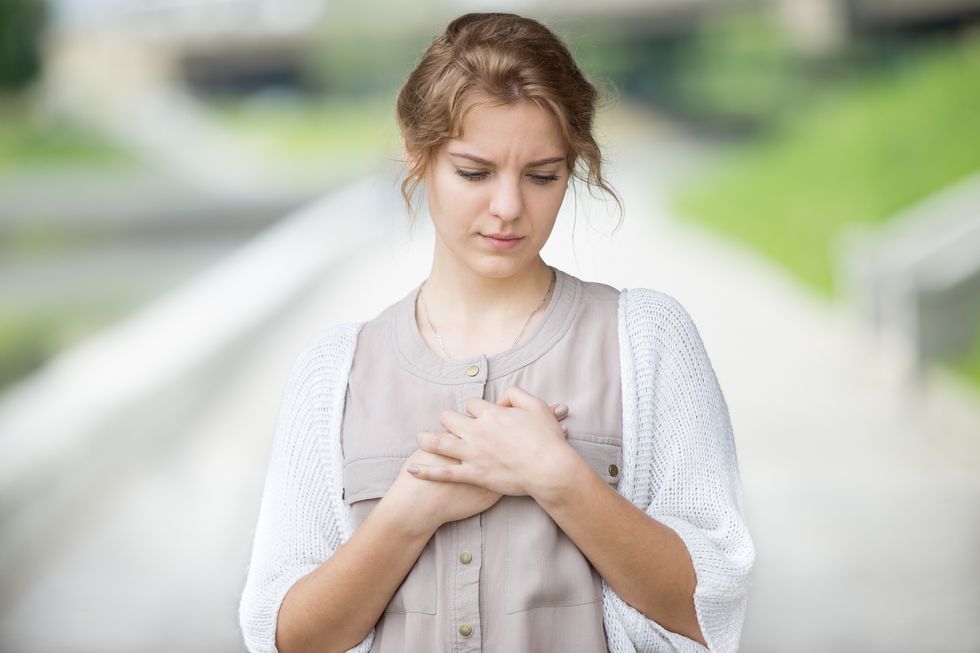 Many people at risk for atrial fibrillation probably do have the irregular heart rhythm but have not been diagnosed, a new study reports.

SATURDAY, Aug. 26, 2017 (HealthDay News)—Many people at risk for atrial fibrillation probably do have the irregular heart rhythm but have not been diagnosed, a new study reports.

Nearly 1 out of 3 patients in the study had undetected atrial fibrillation that was caught only through the use of long-term cardiac monitor implants, researchers say.

Based on these results, it's likely there's probably a lot more undetected atrial fibrillation among seniors, said lead researcher Dr. James Reiffel. He's a cardiologist and professor at the Columbia University College of Physicians and Surgeons in New York City.

"Continuous monitoring of such patients, as we did, can detect otherwise unsuspected AF, which can lead to treatment before complications arise," Reiffel said. "When monitored for 18 months, almost one in three patients had AF detected, as did 40 percent by 30 months."

Atrial fibrillation involves irregular quivering in the upper chambers of the heart, which are called the atria. AFib doubles the risk of heart-related death and increases your risk of stroke fivefold, according to the American Heart Association.

Blood tends to pool and clot in the atria during this irregular heart rhythm, which can lead to a stroke if a clot breaks off and lodges in an artery feeding the brain.

Patients with AFib are often prescribed blood thinners to reduce their stroke risk.

To see whether long-term monitoring can help detect the heart rhythm irregularity, Reiffel and his colleagues recruited 385 people who did not seem to have atrial fibrillation but did have health problems associated with the heart condition.

About 90 percent of the participants had symptoms related to atrial fibrillation, such as fatigue, breathing problems or heart palpitations. Many were 75 or older with other risks, such as heart failure, high blood pressure, diabetes, prior stroke, coronary artery disease, failing kidneys, sleep apnea, or chronic obstructive pulmonary disease (COPD).

All were fitted with an insertable cardiac monitor, a tiny device implanted just beneath the skin of the chest. The monitor—about the size of a AAA battery—continuously records heart activity, and regularly uploads its data for review by cardiologists.

"These are so small I don't like to use the word implanted," said Dr. Kenneth Ellenbogen, chair of cardiology for the Virginia Commonwealth University's Pauley Heart Center. "They're actually injected under the skin."

The monitors were provided by device maker Medtronic, which sponsored this study.

Patients underwent monitoring for 18 to 30 months. Researchers found the odds of detecting undiagnosed AFib increased the longer people carried around the implants. By 30 months, it had been detected in two out of five patients.

However, only 13 patients had AFib episodes that lasted more than 24 hours. That duration "appears to be associated with a substantial increase in the absolute risk of stroke," Dr. Jeff Healey wrote in an editorial. He's a professor of cardiology at McMaster University in Ontario. Both study and editorial were published Aug. 26 in JAMA Cardiology.

Dr. Samuel Asirvatham is a professor of in the division of cardiovascular diseases at the Mayo Clinic in Rochester, Minn.

Asirvatham added the findings suggest a need for a large study to determine if all patients with stroke of unknown origin should receive blood thinners in the way they would if atrial fibrillation had been recognized.

Reiffel said cardiologists should give strong consideration to using these cardiac monitors, which appear to be much more effective than other forms of intermittent heart monitoring.

"Implantation and follow-up with monitoring devices such as the one we are now using has an incredibly low complication rate and high patient acceptance," Reiffel said.

However, Ellenbogen noted that no studies have yet been conducted to determine what the best course of treatment might be for these patients.

"It would be premature to implant these in patients who have never had a stroke or who never had symptoms of AFib to look for AFib, because we don't know what to do if we find it," said Ellenbogen, a heart association expert. "The bottom line is we have to be doing studies to figure out what to do with these patients."

The Medtronic devices used for the study cost less than $6,000, comparable to other implantable cardiac monitors, company officials said.

The study was also presented at the European Society of Cardiology's annual meeting, in Barcelona, Spain.