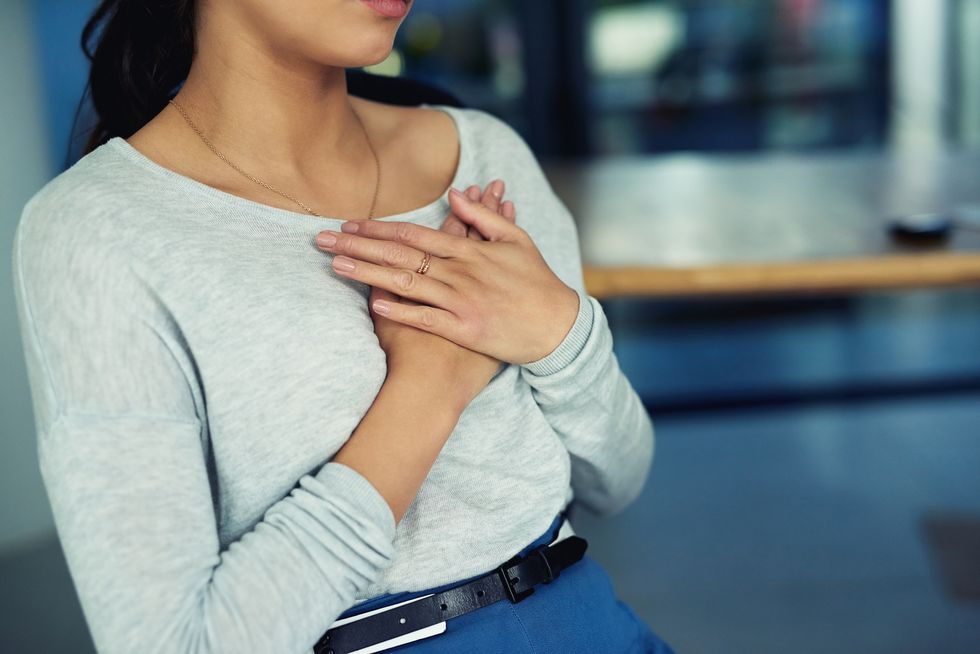 New findings raise the possibility that early detection and treatment of PTSD could cut a person's odds for AFib.

TUESDAY, May 8, 2018 (HealthDay News) -- For reasons that aren't yet clear, people who battle PTSD may also be at heightened risk for the common heart rhythm disorder atrial fibrillation, researchers report.

It's the first time a connection has been made between post-traumatic stress disorder (PTSD) and "A-fib," which typically arises with age and is the most common type of heart rhythm problem. A-fib can raise a person's odds for a stroke, and has previously been linked with high blood pressure, diabetes, obesity and sleep apnea.

The new findings "raise the possibility that early detection and treatment of PTSD" could cut a person's odds for A-fib, said study author Lindsey Rosman. She's a postdoctoral research fellow in cardiovascular medicine at the Yale School of Medicine.

"The 9/11 attack at the World Trade Center may have been associated with [lingering] health effects, and it has been shown in previous studies that there was a significant increase in the frequency of life-threatening arrhythmias," noted Dr. Marcin Kowalski. He directs cardiac electrophysiology at Staten Island University Hospital in New York City.

In the new study, Rosman's group tracked the health history of more than 1 million U.S. military veterans with no prior history of A-fib. During a mean follow-up of nearly five years, almost 2,500 of the participants did go on to be diagnosed with the condition.

The study wasn't designed to prove cause-and-effect. However, after accounting for a number of other factors, a new diagnosis of PTSD was linked with an increased risk of the irregular heartbeat, the researchers said.

The findings are to be presented Friday at the annual meeting of the Heart Rhythm Society, in Boston.

"These data suggest that PTSD is a potentially modifiable risk factor for [atrial fibrillation]," Rosman said in a society news release, and "it's important to note that our patient population was much younger than the average patient diagnosed with [atrial fibrillation]."

Also, unlike many older patients with A-fib, "less than half had pre-existing structural cardiovascular disease" before developing the arrhythmia, Rosman noted. That means there's "a potential opportunity to prevent young people who are exposed to trauma from developing a dangerous heart arrhythmia," he said.

Kowalski said that the medical histories of earthquake and flood survivors suggest that "acute mental stress can stimulate many factors that favor induction of cardiac events," including irregular heart rhythms.

He agreed that study could only show an association, but "it is possible that reducing stress can prevent initiation of cardiac arrhythmias."

The findings should be considered preliminary until published in a peer-reviewed journal.