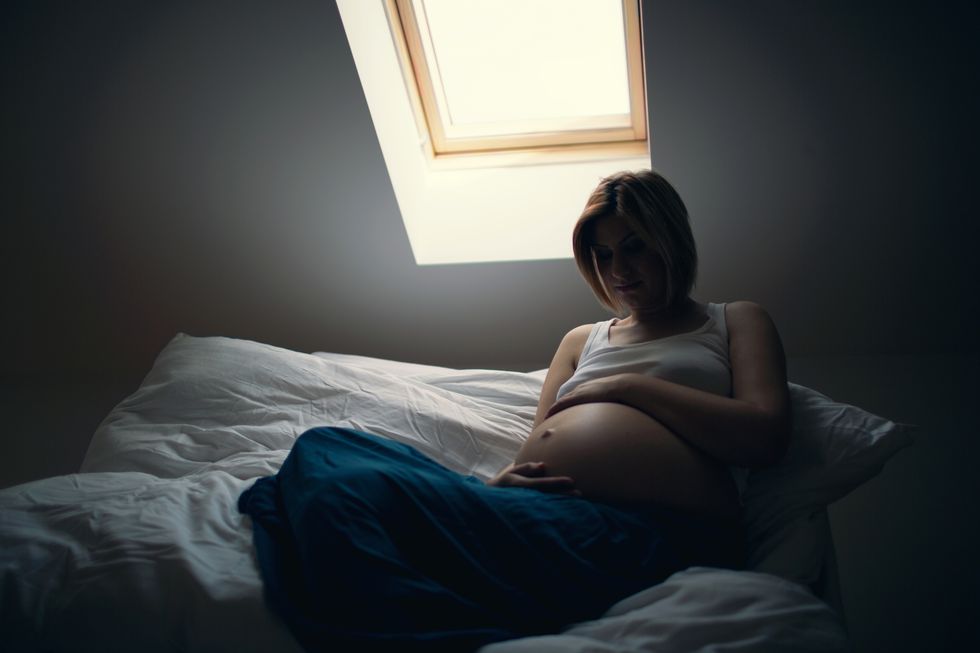 Sleep, Pregnancy and Your Future Health

Poor sleep during pregnancy may be caused by sleep apnea, which increases risk of gestational diabetes, gestational hypertension and preeclampsia—and these increase your risk of heart disease.

For many women, pregnancy can be filled with anxiety and concerns. Then, after months of watching her diet and following the doctor's orders, a new mother must focus on her wonderful, rapidly growing and sometimes demanding, infant.

As life moves on, mothers are happy to forget all the concerns of pregnancy, unaware that pregnancy provides a window to their future health.

One particular problem—poor sleep during pregnancy—is often blamed on heartburn, frequent urination or even the baby's movement. Poor sleep in pregnancy, however, may be due to the worsening of a condition known as sleep apnea.

Women with sleep apnea experience pauses in breathing while they sleep which result in low oxygen levels in their blood. The brain registers these pauses and wakes the woman so she can resume normal breathing.

Symptoms of this condition can include snoring and excessive sleepiness during the day. Recent studies have confirmed that women with sleep apnea are two times as likely to develop pregnancy complications, such as gestational diabetes, gestational hypertension or preeclampsia. Having any of these conditions makes a woman's pregnancy riskier, and the risk continues after pregnancy ends.

Considering that heart disease is the number one cause of death in women, we need to pay attention to these studies.

One important question to ask is, “How soon do we see the difference?" The answer is concerning. One study found a 20 percent increase in heart disease and stroke among women who suffer from preeclampsia as early as three to five years after delivery. This finding indicates that we may need to act quickly if we want to prevent heart disease.

The next important question is, “What can we do about it?" Doctors and researchers are looking for ways to prevent heart disease in women who experience these pregnancy complications.

In the meantime, there are some well-recognized ways to lower your risk of heart disease. Women who breastfeed are 20 percent to 30 percent less likely to develop heart disease than women who have never breastfed.

Outside of pregnancy, treatment of sleep apnea has also been associated with a decrease in heart disease-related deaths in women. If you have sleep apnea or have had pregnancy complications, talk to your health care provider about what you can do to decrease your chance of developing heart disease.

The Society for Women's Health Research Interdisciplinary Network on Sleep is committed to promoting awareness of sex and gender differences in sleep and circadian rhythms across the lifespan, and the impact they have on health and wellbeing. Learn more about the Sleep Network here.