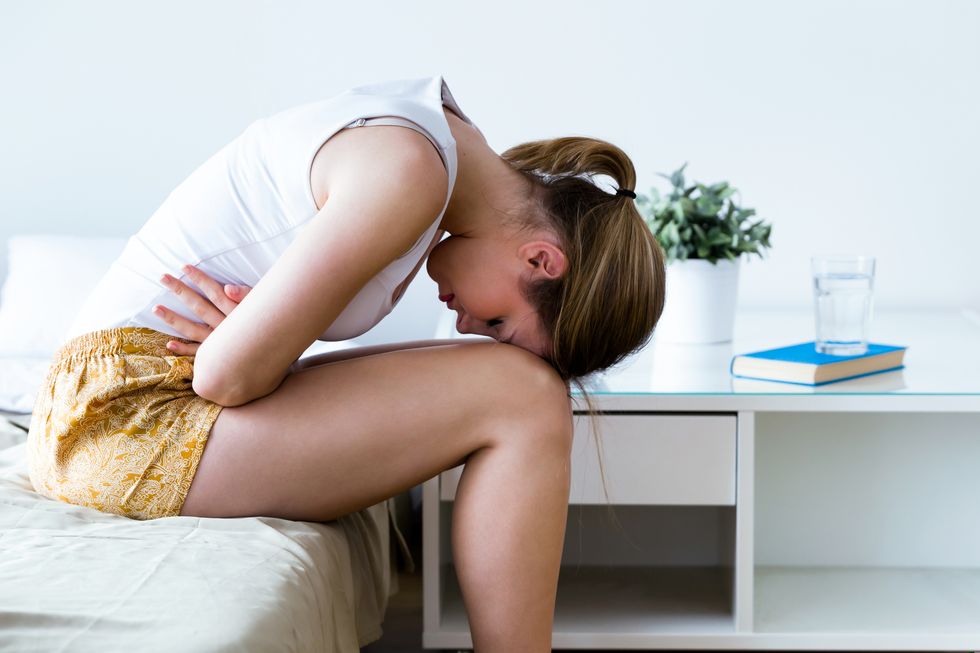 Uterine fibroids can cause serious medical issues for many women, and yet they often go undiagnosed and untreated. CARE About Fibroids, a nonprofit organization, aims to raise awareness and drive change.

By age 50, an estimated 80 percent of American women will have benign tumors in their uterus called uterine fibroids. These tumors can cause serious medical issues, including heavy menstrual bleeding, debilitating pelvic pain, urinary symptoms and more.

Jenny Rosenberg is executive director of CARE About Fibroids. She is an internationally recognized leader in health care policy and strategic communications. She served for more than a decade in senior-level policy and communications positions in the Obama administration and Congress.

She has a game plan for CARE. "CARE About Fibroids hopes to inform and empower women. That way they can address a health condition that can cause serious medical issues, including heavy menstrual bleeding, debilitating pelvic pain, urinary symptoms and more," says Rosenberg. "We want to promote greater awareness about the symptoms and treatment options for women with uterine fibroids. That way, they'll know they're not alone, they have a legitimate health need and their symptoms are treatable."

What CARE is all about

CARE stands for:
C is for Community: In partnership with women's health stakeholders, they created a community of patients, loved ones and health care providers.
A is for Action:They aim to increase public and stakeholder awareness to advance policies and make decisions that will improve the care of women with fibroids.
R is for Research: They promote increased research funding into new treatments and ways to get fibroids diagnosed earlier.
E is for Education:They're an educational resource on fibroids for patients, health care providers and health care decision makers.

Despite the prevalence of uterine fibroids in the U.S., there isn't a sense of urgency around fibroids as a public health issue. But CARE About Fibroids wants to change that, says Rosenberg.

"Even though uterine fibroids impact millions of women, it's underdiagnosed, undertreated and understudied," she says. "Today, many women and even too many health care providers don't know the difference between 'normal' discomfort associated with menstruation and the 'abnormal' pain caused by fibroids. Consequently, too many women suffer for years in silence without getting an accurate diagnosis and medical treatment."

Read When It's More Than Period Pain.

CARE About Fibroids believes that awareness will help more women get an earlier diagnosis of uterine fibroids and choose the right treatment. "By assembling a steering committee comprised of some of the most influential voices in women's health advocacy and attracting a high-caliber science advisory board of experts, CARE About Fibroids has established itself as a thought leader and resource for policymakers, health care providers and patients alike. Our partnerships with leaders in the women's health advocacy space, investment in research and engagement with stakeholders and women patients will help move the needle on this health challenge."

Fibroids are lumps made of muscle cells and other tissues that grow in or around the wall of a uterus. In fact, fibroids are the most common growth in women that isn't a cancer. For many women, their fibroids aren't a problem; the growths are small and painless.

But studies find that nearly 50 percent of women experience symptoms. Symptoms can include pain, severe bleeding and difficulty urinating, as well as frequent urination and constipation. When fibroids cause severe symptoms, it can be disabling and lead to anemia, urinary tract infections and kidney damage.

Fibroids differ in size. They can be as small as an apple seed or as big as a grapefruit—or bigger. When fibroids grow in clusters or are large, they can cause heavy bleeding, frequent urination, constipation, bloating and pain. Fibroids can occur inside the uterus, on its outer surface or within the wall of the uterus, and they can be attached to the uterus by a stem-like structure.

Learn more: What Are Fibroids?

Depending on the type of fibroid and its location, the growth can keep women from getting pregnant and increase pregnancy complications, such as miscarriages and early labor. This condition can produce emotional stress, causing anxiety about sexual function and the ability to do everyday activities.

"Women are often ashamed to talk about fibroids because a stigma and discomfort is associated with menstruation and 'below-the-waist' women's health issues, in general," says Rosenberg. "Fibroids can impart an emotional toll on women, in addition to physical symptoms. That can lead many to feel helpless, confused and overwhelmed."

Causes
Unfortunately, no one knows what causes fibroids. However, research has found that the female hormones estrogen and progesterone play a role. Fibroids may also be genetically linked. If you have a close family member who had fibroids, you may be more likely to have them. Note that fibroids are most common when women are in their 30s and 40s. (After menopause, they tend to shrink.)

Diagnosis
Your may health care provider can feel fibroids during a routine pelvic exam or may find them during tests for other problems. However, to confirm the diagnosis, your provider will often order imaging tests (such as an ultrasound) and other procedures to determine size and location.

Treatment
Deciding on how to treat uterine fibroids depends on the severity of the symptoms, the fibroids' location and your plans for having children. Based on these factors, you may take a wait-and-see-approach, try medications or have surgery or a procedure to remove the fibroid.