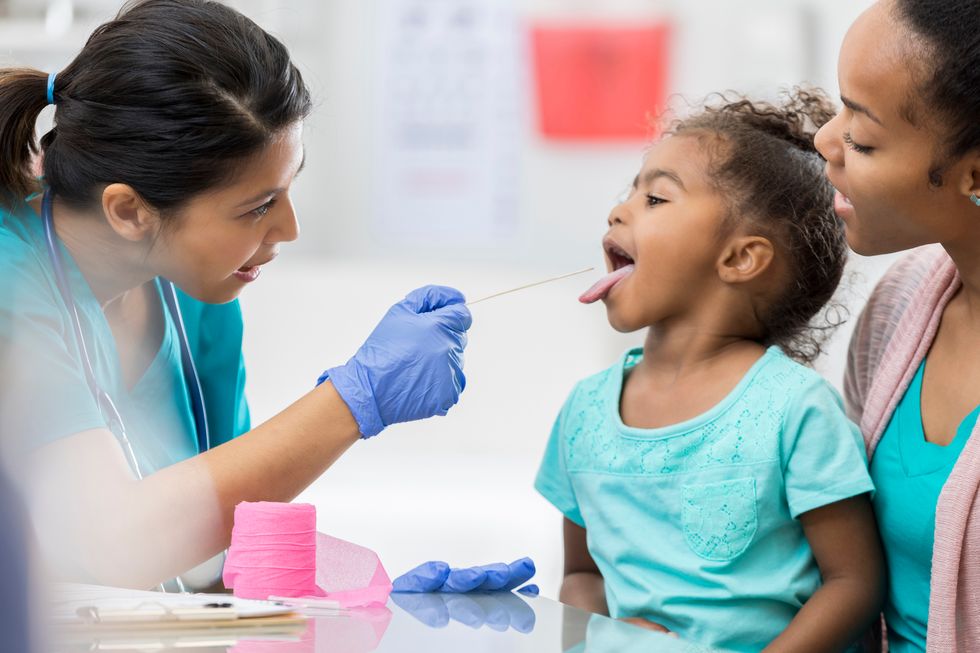 Opioids Given Too Easily to Children

Opioids Given Too Easily to Children

Many children are prescribed powerful opioid painkillers they don't really need, putting them and those around them at risk, a new study shows.

MONDAY, July 16, 2018 (HealthDay News)—Many children are prescribed powerful opioid painkillers they don't really need, putting them and those around them at risk, a new study shows.

More than one in 10 kids enrolled in Tennessee's Medicaid program received an opioid prescription each year between 1999 and 2014, even though they did not have a severe condition requiring powerful painkillers, the researchers found.

"Opioids are commonly prescribed," said lead researcher Dr. Cecilia Chung, an assistant professor with the Vanderbilt University Medical Center. "In a given year, 15 percent of children received an opioid prescription."

These prescriptions sometimes led to illness or death. One in every 2,611 opioid prescriptions landed the child in the hospital, and in three cases the child died, the study authors reported.

For the study, Chung and her colleagues reviewed the medical records of Tennessee kids aged 2 to 17 enrolled in Medicaid between 1999 and 2014.

More than 1.3 million prescriptions for opioids were handed out to these children during that time frame, the findings showed. Half were for adolescents aged 12 to 17, about 30 percent were for children aged 6 to 11, and 20 percent were for kids aged 2 to 5 years.

Dental procedures accounted for three in every 10 opioid prescriptions, according to the report.

"A huge chunk of the opioids out there come from dentists," said Dr. Elliot Krane, a professor of anesthesiology and a pain management specialist at Stanford University.

"A dentist will remove a child's wisdom teeth and then give them a week's worth of Vicodin," Krane said. "Opioids are not even the best medicine for oral pain, and after a wisdom tooth extraction you need analgesics for a couple or three days, but not necessarily for a whole week."

More than two-thirds of emergency department visits and hospital admissions linked to opioid use were caused by therapeutic use of the prescriptions, rather than abuse, the researchers said.

Krane said he's concerned that this study, and America's overall reaction to the opioid epidemic, will result in opioids not being used to appropriately treat pain.

Given the number of kids who landed in the emergency department, this is "not a huge public health risk for children," said Krane, who wrote an editorial accompanying the study.

But this many unnecessary prescriptions opens up the possibility of diversion—others lifting the opioids and using them illicitly, Krane added.

"The problem is what happens to those leftover opioids," Krane said. "Your teenager may be perfectly reliable but then their friends come over, they go to the bathroom, they riffle through the medicine chest, they see some oxycodone and the pills wind up in their pocket."

More research needs to be done on how much painkiller is needed for different procedures, and whether an opioid is the appropriate medicine in each instance, he suggested.

"We need to know how much something is going to hurt, and limit prescriptions to a reasonable amount," Krane said.

The findings, which also showed that there has been a drop in opioid prescriptions in outpatient settings, were published online July 16 in the journal Pediatrics.