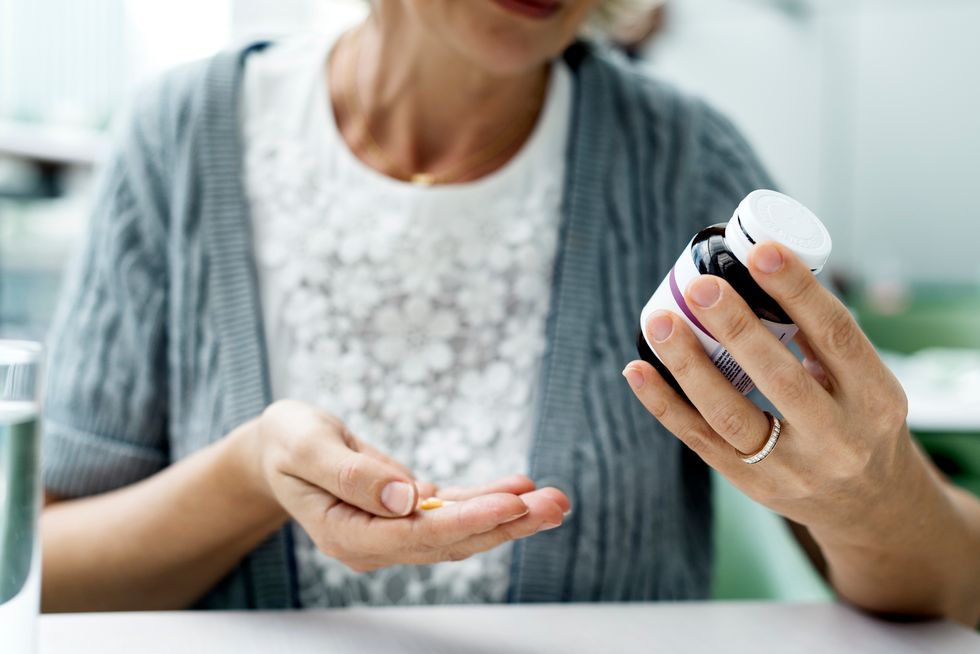 Today, opioids kill more Americans than car accidents or guns. What are we doing about it?

This article has been archived. We will no longer be updating it. For our most up-to-date information, please visit our addiction information here.

President Trump has declared opioid addiction a public health emergency and wants ads to persuade Americans to say no to these painkillers. But, he has not released the federal funds needed to seriously combat opioid abuse. TV commercials alone will not save the millions of U.S. women who bear the greatest burden from the opioid addiction epidemic. The truth is that women have unique medical needs for prescription painkillers, which put them at greater risk for dependency, addiction and overdose deaths.

How big is the problem? Today, opioids kill more Americans than car accidents or guns. In fact, the number of people addicted to opioids climbed 493 percent between 2010 and 2016, according to Blue Cross Blue Shield statistics. Moreover, the American Society of Addiction Medicine reports that use of prescription opiates nearly doubled among teens and young adults between 1994 and 2007. In 2015 alone, 2 million of the 20.5 million Americans aged 12 years and above had a substance abuse disorder involving prescription painkillers and 591,000 took heroin.

Yet, it is U.S. women who are the most likely to become persistent users of prescription painkillers, and medical research is only now beginning to explain how and why. Studies show that across all age groups, women are 40 percent more likely to become persistent users of opioids. This is because they tend to have more chronic pain, take more pain medications and often at higher doses, and use painkillers for longer times than men.

Women also have unique medical needs that put them at higher risk for drug dependency and addition, such as giving birth via cesarean section and requiring surgeries for diseases and conditions affecting women uniquely or disproportionately. In the United States, nine in 10 patients receive opioid painkillers after surgery; yet, in 2016, women between ages 40 to 59 received more prescription painkillers after surgery than any other group.

Due to these sex/gender differences in pain and opioid use, it is no wonder that women are the most likely to get addicted to prescription pain medicines and to die from overdosing. The Centers for Disease Control and Prevention (CDC) reports 48,000 women died from prescription painkiller abuse between 1999 and 2010, which translates into a 400 percent increase in deaths over this 11-year period. Calculating the real-world impact, CDC estimates that each day 18 women in the United States die from overdosing on prescription painkillers.

Even more troubling, heroin overdose deaths are increasing dramatically in women. CDC's National Center for Health Statistics reports that heroin overdoses tripled from 0.4 to 1.2 per 10,000 in women between 2010 and 2013. This disturbing trend underscores that reversing the heroin epidemic will only be successful if policymakers understand how women experience addiction, intervention, treatment and recovery—all of which differ from men's experiences.

Because of the scope of the problem, it is time for collective action to reduce the tide of opioid overuse and abuse. This means implementing policies that ensure people with terrible pain have access to prescription opioids and that limit the number of pills in circulation.

It is an outrage that doctors who once were reluctant to prescribe opioids due to fear of addiction are now prescribing too many pills, and hospitals are releasing surgical patients with more pain medication than necessary.

It is also an outrage that insurance companies limit access to pain medications that carry a lower risk of addiction or dependence, even as they provide comparatively easy access to less expensive, generic opioid medications.

At the same time, the nation must confront the reality that some individuals make a career of going to open houses and taking pills out of other people's medicine cabinets. Or they comb through obituaries to find patients who recently died of cancer or other painful diseases and then go to the homes of these deceased people while their family members are attending their funerals.

Opioid addiction is more than a public health emergency, and no amount of clever advertising is going to stop doctors from overprescribing, make less addictive pain medications more available or prevent people from stealing and diverting legally prescribed opioids.

The only way forward is for Congress and the administration to expand Medicaid with enhanced federal funding so states have additional resources to cover addicted Americans who now are excluded from the program. Further, now is the time for federal and state policymakers to invest billions to increase access to addiction treatment services, including medication-assisted treatment.

It takes more than just a medication to treat addiction. You don't give the mentally ill some pills and say goodbye; they need proper counseling and treatment, and so do those suffering from opioid addiction. It could be your child, your parent or even your grandparent, so we need to act now.

Caffeine, Nicotine Withdrawal Can Cause Problems in the ICU

9 Things You Need to Know About Vitamin D