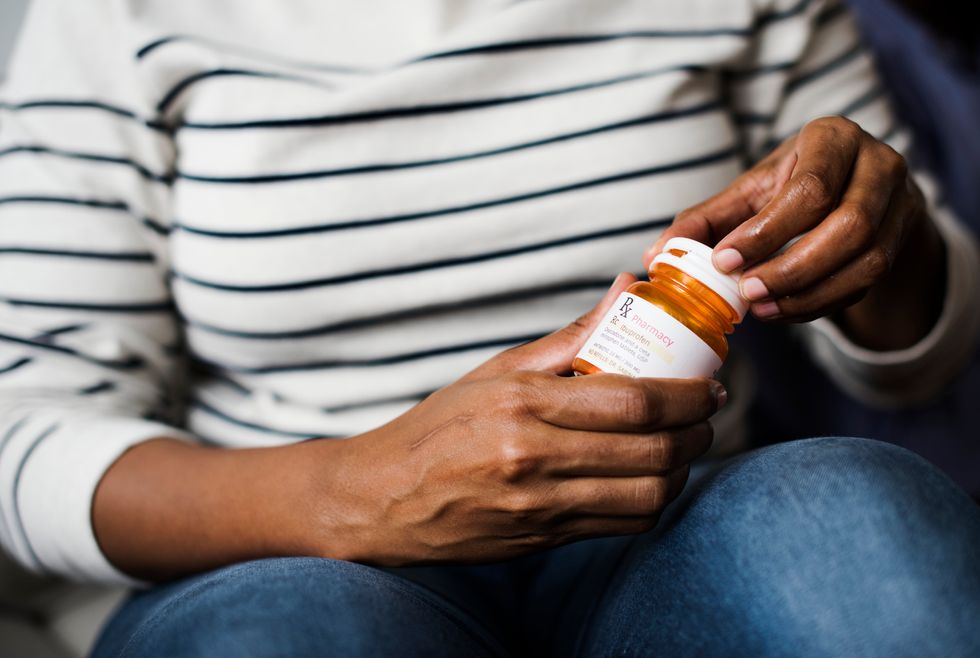 Opioids such as heroin and fentanyl, continue to harm women and families. Women are at greater risk for OUD because of biologic differences, and women also have higher rates of chronic pain.

The opioid epidemic in the United States continues to undermine the health of women and their families. Opioid use disorder (OUD) is a critical women’s health issue as the Mayo Clinic succinctly reports because: “Women are more likely than men to have chronic pain. Compared with men, women are also more likely to be prescribed opioid medications, to be given higher doses and to use opioids for longer periods of time. Women may also have biological tendencies to become dependent on prescription pain relievers more quickly than are men.”

Like a ship in crisis mode, the response to the opioid epidemic needs to be “all hands-on deck.”

The good news is that governments, clinicians, media and advocacy organizations (including HealthyWomen) have responded:

The federal government has provided more funding and flexibility through various programs to address the opioid epidemic ($3.3 billion in 2017 and $7.4 billion in 2018), the Centers for Disease Control and Prevention (CDC) recently clarified their 2016 guidelines on the use of opioids for treating pain, and the Food and Drug Administration (FDA) approved a generic version of the nasal spray version of naloxone – the medicine that reverses opioid overdoses.

State governments have been working with clinician organizations to reduce the use of prescription opioids, with some states enacting laws that limit opioid prescriptions to three or seven days, with exceptions for clinical need. Those efforts are having positive effects, resulting in opioid prescribing declining 12 percent in 2017 and 17 percent in 2018.

In parallel with government actions, patient and public health organizations have been advocating for more access to medication assisted treatment (MAT) for people with OUD, and for greater distribution of naloxone. MAT (e.g., methadone or buprenorphine) is the gold standard of medical care for people with OUD, and government agencies, clinicians and researchers have been creating better ways for to get people with OUD access to treatment with methadone. For example, starting people with OUD on buprenorphine in the emergency room reduces the likelihood that they will not follow-up for treatment, or overdose again.

Getting people with OUD treatment is important not only for reducing their risk of overdose and death, but also for improving their overall health. People who use illicit medicines for their OUD are at higher risk for contracting infections such as HIV or hepatitis C, and women with OUD are at higher risk for intimate partner violence. For these reasons, some law enforcement and judicial systems (such as Gloucester, MA, and the state of Texas) are prioritizing OUD treatment instead of incarceration since treatment is much more clinically effective and more cost-effective.

HealthyWomen also is working to confront the stigma connected to opioid use, which continues to be a major barrier to expanding access to care. HealthyWomen educates our audiences through our online content about OUD as a chronic biological disease, like diabetes or high blood pressure. These complicated conditions require both medical treatment and other supportive measures specific for the disease and the individual patient. We will continue to work with partners to amplify our efforts.

HealthyWomen also informs policy makers and others about chronic pain in women, given that opioid prescribing and use is connected with treating chronic pain. Our two-day summit, Chronic Pain in Women: Focus on Treatment, Management and Barriers, examines these complex issues from the perspectives of leading researchers, clinicians and advocates.

Steps You Can Take

You can respond to the opioid crisis in your community by talking to the individuals who make or shape clinical or policy decisions. For example, mayors, state legislators, governors, hospital administrators (and boards) and clinician leader all are involved in decisions about funding and access to treatment for OUD – and distribution of naloxone to police, EMTs and other first responders. Issues to address include more funding, greater access, and that OUD should not be stigmatized, but treated like any other medical condition. You can do this with a phone call, by writing a letter/email or by visiting their offices in person. Communicating the same message to federal officials – Members of Congress and to the President – can also help.

Your voice is important for both expanding access to treatment for OUD and making sure that the pendulum of response to the crisis doesn’t harm patients by preventing them from getting proper treatments for their pain – which often can include multiple approaches beyond just pharmaceuticals.

Opioid overdoses and deaths are now connected to heroin and fentanyl – an extremely potent synthetic opioid increasingly being added to illicit drugs, including cocaine – and deaths from other illicit drugs (such as cocaine and methamphetamines) is increasing, sometimes in combination with opioids.

Giving OD Antidote to Those Using Powerful Painkillers Might Save Lives