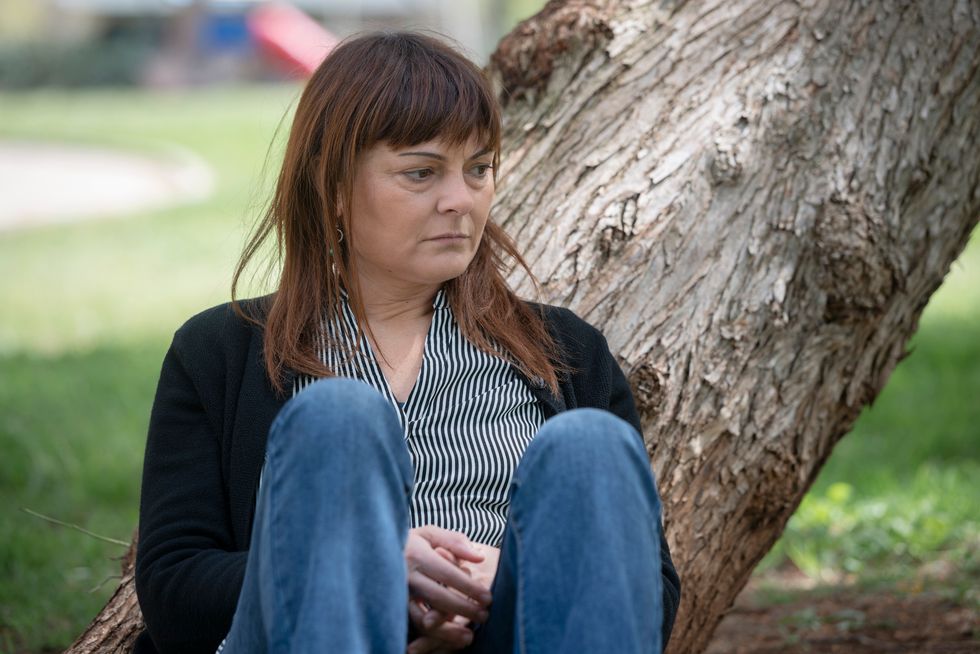 It's Time to Erase the Stigma of Opioid Addiction

With a Nation in Crisis, It's Time to Erase the Stigma of the Opioid Crisis

Anyone who takes opioids is at risk for developing an addiction and with that comes stigma. It's time to fight both by knowing what symptoms to look for.

Did you know that each day more than 130 people in the United States lose their lives to opioid overdose? That translates to more than 47,000 lives lost to this tragic opioid crisis in 2017 alone.

It's a staggering figure—and one that unfortunately won't shrink any time soon. In fact, experts say that the opioid crisis could get worse before it gets better. For although the number of opioid-related deaths has declined in some states, they still are increasing nationwide. (The number of opioid overdoses increased 30 percent across the U.S. between July 2016 and September 2017.)

Simply put, we are experiencing a public health crisis of huge proportion that affects us all.

It's important to know, however, that women have their own unique set of risk factors when it comes to opioid use. According to the Mayo Clinic, women are more likely to experience chronic pain, whether related to disorders that are more common in women, such as arthritis, fibromyalgia and migraines, or to conditions that occur exclusively in women, like uterine fibroids, endometriosis and vulvodynia.

Research finds that women are more likely to be prescribed opioids to treat their pain, both in higher doses and for longer periods of time. In addition, there may be biological tendencies at play that cause us to become more easily addicted to opioids than men. More research is needed to understand why.

Opioids include prescription pain killers and heroin. In addition, the synthetic opioid known as fentanyl, which is 80 to 100 times stronger than morphine, has added to the problem. Originally developed to manage the pain of cancer patients, fentanyl is often added to heroin to increase its potency and is sometimes disguised as highly potent heroin, adding to the potential of more abuse and overdose deaths.

More than one-third of the entire U.S. adult population used prescription pain relievers in 2015, and while the majority of those who take prescription pain relievers do not misuse them, some do. In 2016, 11 million people admitted to misusing prescription opioids during the previous year, citing reasons like the need to relieve physical pain, to help with sleep, to feel good or get high, to help with feelings or emotions or to increase or decrease the effects of other drugs.

(Although many people report needing to take opioids to relieve physical pain, it's considered misuse if they take more than the dosage prescribed or take the drug without a prescription of their own.)

All of this continues to have a tremendous impact on women, their families and communities. Experts say, for example, that about 4 percent to 6 percent of those who misuse opioids will go on to use heroin.

One devastating consequence specifically affecting women is neonatal abstinence syndrome, a group of conditions resulting from a baby's exposure to drugs taken by the pregnant mother.

As a registered nurse currently practicing maternal/fetal medicine, I know first-hand the importance of individuals receiving treatment for conditions like opioid use disorder (OUD), and the poor outcomes for both mothers and newborns when that treatment doesn't happen. I know, too, that this epidemic does not discriminate; it affects mothers and babies from all socioeconomic backgrounds.

Indeed, anyone who takes opioids is at risk for overuse. Yet only two in 10 people who seek OUD treatment will have access to it when they want it. This is why it's important to remove the stigma and shame associated with OUD—to encourage more women to get the treatment they need to live healthier lives.

To that end, we must:

Recognize that OUD is a medical illness. OUD does not discriminate and is not a sign of moral or personal weakness. Instead, like many other diseases, opioid use disorder can be treated by medication.

Lower barriers to treatment and share results. Legislators can communicate that medical treatment for OUD is available, is safe and effective, and delivers proven results. They can also help improve access to treatment by promoting insurance coverage and enforcing consumer protections.

Consider the words we use when talking about OUD. An essay on the American Medical Association website argues, for example, that clinicians should watch for "loaded language," recommending instead that we speak to our OUD patients as we would when treating someone suffering from diabetes or high blood pressure.

Most importantly, if you or a loved one suffers from OUD, we must avoid self-blame. Opioid use can alter your brain, producing powerful cravings and compulsions that can make it easy to become addicted and extremely difficult to quit. That doesn't mean those changes can't be treated or reversed, though—just that the road back will be a tough climb.

Telehealth and Pain Management: What You Need to Know