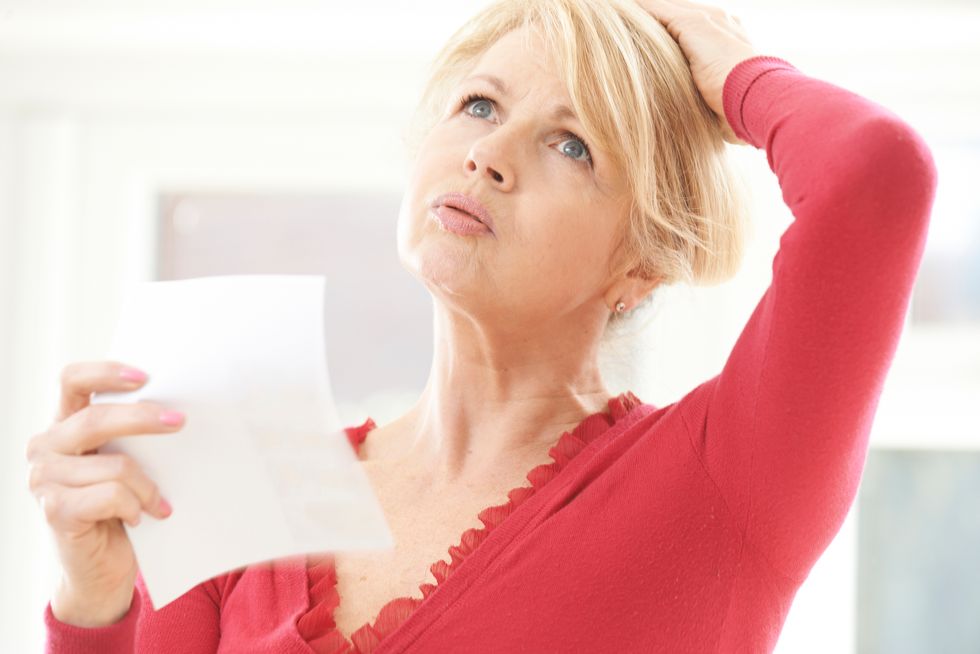 Normalizing Menopause in the Workplace

Women are often at the peak of their careers during the transition to menopause, and, yet, menopause remains unmentionable in the workplace. Here are some tips to help normalize menopause on the job.

For our mothers, pregnancy was the workplace unmentionable. Once a married woman began to "show," she was expected to leave her job and begin her new life as a stay-at-home wife and mother. Now, our daughters often have family leave time, breastfeeding rooms at work, sometimes even on-site daycare.

Still, we have a long way to go. Despite progress on many fronts, menopause remains the workplace unmentionable. It makes people uncomfortable. It can be embarrassing; it isn't well-understood; it is the butt of stereotypes and jokes; it is inevitably linked to being old, infertile and irrational. Heck, too often, we don't even understand it ourselves.

In the workplace, the universal approach to menopause seems to be "don't ask; don't tell." If you can't see it, it ain't happening.

There are, however, a few problems with this approach.

In our mother's time, women over 50 were a rarity in the workplace. Our mothers didn't talk about menopause. They didn't discuss it with their doctors, spouses or with us, by and large. There weren't many options for treatment, anyway.

Now, however, while menopause is still in the closet, a lot of valuable employees at the peak of their careers are going through it. Now, most (75 percent to 80 percent) of women of menopausal age are working. If menopausal symptoms affect job performance and satisfaction, and if many of these problems could be addressed with more flexible policies and a supportive environment, then why isn't it happening? Why are so many women struggling through the workday when fairly simple solutions could be implemented?

Menopause is prolonged and unpredictable. There is no handbook; it isn't over in nine months—it can, in fact, last anywhere from four to eight years! Some women sail through without missing a beat while others struggle mightily with emotional swings, sleep issues, brutal hot flashes and night sweats, and a severe hit to self-confidence. Most of us fall somewhere in the middle, and most of us would appreciate a little understanding on the job.

Because we are numerous and at the peak of our career, one would think that accommodation, or at least conversation, would be happening in the workplace. But alas, in the U.S. we are far behind our Western counterparts overseas. In Europe, awareness may be in its infancy, but at least it's on the radar.

For example, a poll of just over 1,000 women between 50 and 60 conducted by BBC Radio in Great Britain found that over 70 percent of women didn't discuss their menopausal symptoms with their employer and about 33 percent hadn't talked about it with their doctor, either. Half of the women surveyed said that menopausal symptoms had affected their mental health and one-quarter said that it made them want to stay home.

"It was such a waste of all that talent and experience that these women had in serving the public," said Sue Fish, the former police chief who established the force's first menopause policies in this article. "I was horrified to find out women were leaving early because of the severity of their symptoms. Some had been rebuffed by line managers or they'd chosen not to talk about what they were going through."

It's a touchy issue, to be sure. Most of us wouldn't want to be singled out for special treatment, and most of our colleagues and bosses wouldn't want to draw attention to our difficulty or make suggestions about fixing it. Yet, competent, productive women still struggle through work situations that could be made bearable with some awareness and a few, simple adjustments.

A web entrepreneur says in this article, "I have friends in senior roles who have had to attend meetings with closed windows where they were almost expiring from heat and drenched in perspiration, fearing that wet patches might appear—but this does not prevent them from continuing to work effectively."

So, what's the balance, and how do we begin to move the needle so our daughters don't have to sweat it out (pun intended) in an oblivious workplace?

The Faculty of Occupational Medicine (FOM), the educational body of the Royal College of Physicians in the United Kingdom, has put together some fairly commonsensical suggestions in its "Guidance on Menopause in the Workplace" that were adapted from the European Menopause and Andropause Society.

The guidelines are addressed to both employers and to menopausal-aged female employees, since both sides share ownership of a solution. Guidance for employers emphasizes an atmosphere of openness and dialogue, along with training for management. It also suggests that employers provide some access to ventilation and temperature control, some flexibility in work hours, choice in types of fabrics and the ability to layer clothing when a uniform is required, and some ability to move around for sedentary workers.

Menopausal employees are encouraged to learn about this transition and to reach out to their health care providers for help and information; to develop techniques, such as note-taking and using a calendar, to compensate for memory lapses; and to reach out to colleagues, sympathetic managers and HR personnel for help and camaraderie when possible rather than trying to suffer in silence. The guidelines also suggest using mindfulness techniques to reduce stress and to consider lifestyle changes that are known to ease symptoms: weight loss, not smoking, reducing alcohol use and exercising regularly.

Working toward a workplace that is accepting and open to menopause is a worthy goal, and now, given our numbers, is an opportune time to crack that resistance. We did it before, and for our daughters' sake, we can to do it again.