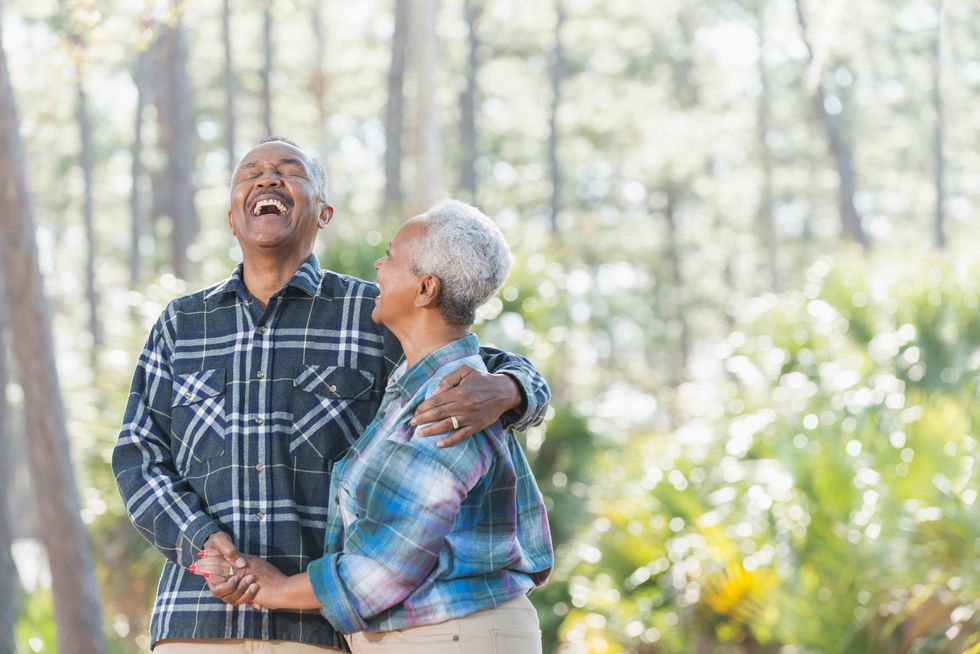 Midlife can be a time of restlessness and dissatisfaction, but before you decide to discard your relationship, wait, reflect and seek counsel. Don't act in haste.

I don't know about you, but I love seeing old people in love. The way they hold hands toddling down the street. The way they go about their daily tasks having made peace with the past. I think it's a miracle when love lasts this long and ages this gracefully.

Relationships encounter lots of challenges in a lifetime, but from my own observations, which are supported by data, the midlife transition is a somewhat fraught passage.

In addition to menopause, the awareness of time passing often arrives unexpectedly and with surprising intensity. It can lead both women and men to make decisions that belie common sense—the red Corvette might be among the most benign. For example, the highest divorce rates from 1990 to 2010 occurred among couples over 50, according to this study. Concurrently, cohabitation rates among those over 50s tripled from 2000 to 2013.

Whatever the cause—longer lifespan, greater economic freedom (for women, especially), cultural change—the fact is that something shifts when folks approach that midlife marker, and it's often the woman who agitates for change.

This isn't necessarily a bad thing. Periodic reevaluation and readjustment are healthy. So is honestly confronting ingrained habits and responses that ultimately stifle intimacy and deflect communication. Like a vintage car, most lengthy relationships require a major or minor tune-up now and then.

Still, midlife often opens a Pandora's box of restlessness and dissatisfaction—the perennial "Is this all there is?" What happened to the passion? Am I missing out? Do I really have to endure the quirks and habits of this individual for the rest of my life? What is really important? What dreams have I buried?

Those existential questions herald an important crossroad—the frontier between youth and maturity. With regard to your most intimate relationship, you can:

Major life transitions should never be done in haste. They deserve a considerable degree of mature reflection. We all know people who make fast and sometimes rash decisions in the throes of passion or as a desperate attempt to seize a day that appears to be slipping away.

However irresistible the urge, don't blow up your life. Wait. Reflect. Seek counsel. The demand to create something more authentic, to realize cherished dreams is real and should be honored. But the best path forward probably isn't over the shattered pieces of your present life.

You still have time. You can still seek your bliss, optimize potential, maybe with more freedom and effectiveness now that the kids are grown and you're more self-confident. Start a business. Learn Chinese. Travel. The world is your oyster—just in a different shell than when you were younger.

Romantic passion is a landmine. Passion is powerful, blinding and temporary. You can't make good decisions in its throes. And even the most incredibly passionate relationship will inevitably fade with the demands of daily life. White-hot passion doesn't last; it's not meant to. And when reality checks in, the dirty socks on the floor look the same. Trust me on this one.

Talk to someone if you need to. A therapist. A friend. You can't see things clearly (even if you think you can). Trust the counsel of someone wise and objective.

Don't freeze out your partner. However restless and unsettled you may feel, your partner is probably not the enemy. You want to elicit support, not resistance. Anyone would feel threatened when cracks appear in the foundation of a secure life. Anyone would feel uncomprehending and maybe hurt. If, however, you are able to communicate what you're feeling, even if it's confused and incoherent, at least there's a bridge rather than a canyon.

"This too shall pass," writes blogger Deb Blum in this article. "It will pass more gracefully and completely if everyone is gentle and loving and gives the space necessary to get through this time."

And that study about over-50 divorce rate also found that the longer a marriage lasts, the less likely it is to end in divorce. So those old folks holding hands in the park? The real deal.