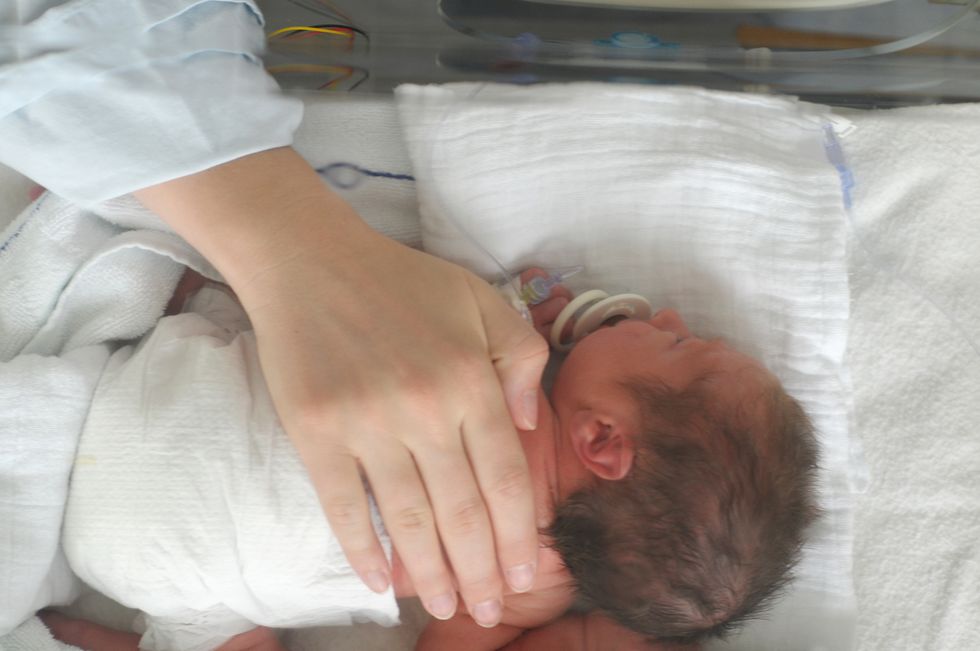 The number of U.S. newborns hospitalized for opiate withdrawal has spiked sharply in recent years.

This article has been archived. We will no longer be updating it. For our most up-to-date information, please visit our newborn information here.

THURSDAY, June 15, 2017 (HealthDay News)—The number of U.S. newborns hospitalized for opiate withdrawal has spiked sharply in recent years—and so has the cost of treating them, a new study shows.

In fact, the national bill for caring for these fragile newborns now runs in the hundreds of millions of dollars, the study found.

Researchers have known that the U.S. epidemic of painkiller abuse is extending to infants. Recent studies have charted a steep rise in so-called neonatal abstinence syndrome (NAS), the researchers said.

Most often, newborns suffer the condition because their mother took opioid painkillers—such as OxyContin or Vicodin—during pregnancy. Babies are born dependent on the drugs and quickly develop withdrawal symptoms.

That can mean a host of problems, from tremors and seizures, to breathing difficulty, to diarrhea and poor feeding.

Last year, a federal study found that the number of U.S. infants born with NAS tripled between 1999 and 2013—at least across the 28 states that had data.

The new study, published June 14 in the journal Addiction, adds another layer: The financial toll.

"Opioid use during pregnancy comes at a cost to the baby—both in potential withdrawal symptoms as well as length of hospital admission," said researcher Dr. Tammy Corr, a newborn medicine specialist at Penn State Hershey Medical Center.

Dr. Nicole Villapiano is a pediatrician at the University of Michigan's C.S. Mott Children's Hospital.

That disparity is no surprise, according to Villapiano, since rural communities are at the center of the opioid epidemic.

The new study may actually underestimate the costs of NAS, Villapiano said, because it could not account for newborns at small community hospitals who had to be transferred to urban medical centers.

That points to a bigger issue, according to Villapiano. Rural hospitals are not necessarily equipped to handle NAS, and women who live in those areas, pregnant or not, may not have access to help for opioid addiction.

Quitting opioids "cold turkey," even if possible, is dangerous, Villapiano said. The recommended treatment for dependence is medication, like methadone or buprenorphine, along with behavioral counseling.

But that can be hard to come by in rural areas, she added.

"And finding a facility that will deliver that care to a pregnant woman is very challenging," Villapiano said.

"State policies vary in their treatment of pregnant women who have a substance abuse problem," Corr said. Those policies, she noted, range from offering women help with treatment, to "criminalization."

"Rather than treating substance abuse as a crime—which may discourage expectant mothers from seeking help—we need drug treatment programs that are specifically targeted to pregnant women," Corr said.

The findings are based on pediatric discharge records from more than 4,000 U.S. hospitals. Between 2003 and 2012, Corr's team found, hospital admissions for NAS rose more than fourfold.

Those babies ended up with longer hospital stays than newborns hospitalized for other reasons—almost 17 days, on average, versus five days. And the typical cost approached $17,000, versus $5,600.

Babies with NAS do seem to recover well, Villapiano said—though it's not clear whether some might have lingering issues with attention or other behavior later on.

Ideally, both researchers said, prenatal exposure to opioids should be prevented in the first place.

Women who are abusing opioids—or taking a legitimate prescription—should be aware of the risks of using the drugs during pregnancy, Corr said.

"If a woman does become pregnant while using opioids," she added, "she should notify her provider immediately to seek the appropriate help—to provide the best outcomes for herself and her baby."

This Is Why Skin-To-Skin Is So Amazing

Skipping Newborn Vitamin Shot Can Do More Harm Than Good

9 Tummy Time Tips You Should Try

11 Safety Tips for Co-Sleeping With Your Baby