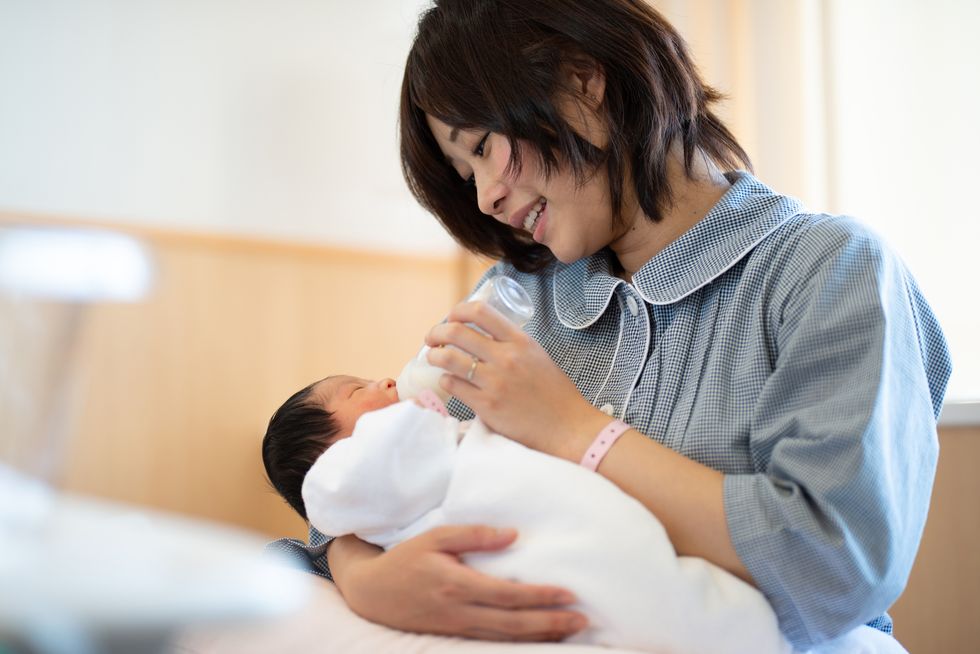 If you’ve ever felt judged by any of your parenting choices, you’re not alone. Read what 1,202 mothers and caregivers had to say during a recent survey.

If you’ve ever felt judged by any of your parenting choices, you’re not alone.

According to a new survey conducted by the Infant Nutrition Council of America, of 1,202 respondents—including 802 mothers and 400 other caregivers with children less than 12 months of age—two out of three moms feel judged on their infant feeding choices. This could be in part due to the lack of balance in education materials about infant feeding choices. In fact, 82 percent of moms believe that hospitals should provide information about both breastfeeding and infant formula feeding methods. After all, 70 percent of our survey respondents said their babies received infant formula at some point during the first year of life.

That’s not to say that the health benefits of breastfeeding are lost on mothers. Seventy percent embrace that knowledge, but many women share that they ran into hurdles which prevented them from solely breastfeeding and thus, needing to introduce formula. The top reasons for introducing formula are:

For whatever reason a parent decides to give their baby formula, there needs to be greater education on formula feeding in general. Less than half of parents and caregivers feel that homemade formula, non-store bought formula or sharing breast milk is dangerous or risky. Parents and caregivers need to be aware of the risks of using non-recommended feeding infant options and better educational resources can help.

When considering the type of education, survey respondents said they want accurate, easy-to-understand information so they can make informed decisions on how to feed their baby. In fact, 91 percent feel government websites are an important source of information. Two out of 3 mothers feel that the government should offer information and resources on feeding.

The Infant Nutrition Council of America survey was conducted and released by the bipartisan polling group of Greenberg Quinlan Rosner Research (GQR) and Public Opinion Strategies (POS) in 2019.

This resource was created with support from Infant Nutrition Council of America.

This Is Why Skin-To-Skin Is So Amazing

Skipping Newborn Vitamin Shot Can Do More Harm Than Good

9 Tummy Time Tips You Should Try