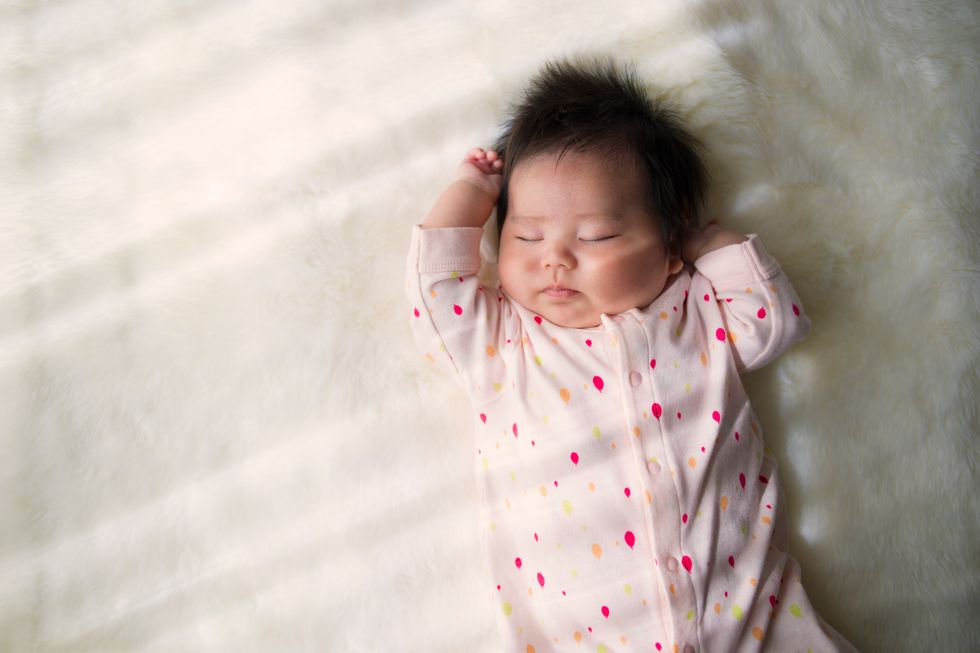 A new class of home baby monitor has come to the market. Electronic sensors attached to socks, onesies, buttons and such continually check "vitals" like breathing, pulse rate and oxygen levels. They notify parents of any abnormalities via smartphone.

Bonafide is a doctor with the Children's Hospital of Philadelphia. He's also lead author of an editorial in the Jan. 24 issue of the Journal of the American Medical Association (JAMA).

These baby vital signs monitors have not been approved by the U.S. Food and Drug Administration, and there's no evidence the devices prevent any potentially fatal problems in normal infants, said Bonafide.

"I worry about the unnecessary care and even potential harm to babies that can be associated with alarms from these devices," Bonafide said. "There's not a role for these devices in the care of healthy infants."

One such device is Owlet Baby Care's sensor-laden "smart sock." It's worn on a baby's foot to monitor vital signs and sells for $250, according to the manufacturer.

"By giving parents the right information at the right time, we empower them to make informed choices," Owlet said in a response to the JAMA opinion piece. The company said its mission is to "help parents take a proactive approach to their baby's health and wellness."

Bonafide learned of these new baby monitors when a parent brought her healthy baby to the emergency room after an alarm sounded.

"Her baby was completely fine, yet because there was an alarm, it had prompted the family to come to the emergency room," he said. "The docs there were prompted to say, 'Well, if this alarm went off, maybe we should admit for observation.' "

False alarms can occur if babies set off the monitor by kicking or rolling, or experience a harmless change in their vitals that the device reads as life-threatening, Bonafide said.

For example, research has shown that babies occasionally experience sudden declines in their blood oxygen levels that would set off a monitor, he said.

"They're just normal fluctuations," Bonafide said, adding that the alarm would have parents think otherwise.

Babies brought in on a false alarm are likely to undergo blood tests, X-rays and other procedures that are expensive and potentially harmful, Bonafide said.

These false alarms also fray the nerves of sleep-deprived young parents, he added.

One mother told Bonafide that her baby monitor had been waking her up an extra three or four times a week with false alarms. "That's a big deal if you're already being woken up every two or three hours a night by the baby," he said.

The AAP's main concern is that there's no evidence the devices even work, said Moon, head of pediatrics for the University of Virginia School of Medicine.

By not claiming that the monitors prevent sudden infant death syndrome (SIDS), the manufacturers can avoid FDA medical device regulation, Bonafide and his co-authors noted.

"These companies ... have gone straight to market," Bonafide said. "And so the public actually doesn't know anything about the accuracy of the devices or safety of these devices."

However, according to the editorial, a video advertising the Owlet device mentions SIDS. It hints the app may signal parents when something is wrong, the authors said.

Owlet responded that the company has performed "extensive product safety testing," adding that its Smart Sock is in compliance with Consumer Product Safety Commission requirements.

The AAP is also concerned that parents using the devices might not follow safe sleep guidelines that have been proven to prevent SIDS deaths, Moon said.

"We're worried people will become complacent," Moon said. "If they have a monitor they might feel they can put their baby on its belly to sleep, or sleep with their baby."

Bonafide said he doesn't want the devices yanked from the market altogether, as they could provide needed monitoring of babies with breathing or heart problems.

But, he would like the FDA to step in and require studies that verify the accuracy and safety of the monitors.

"Innovation in the way we monitor kids is pretty valuable," Bonafide said. "The problem is these companies have bypassed all of the steps that exist to really protect the public from harm from these devices."