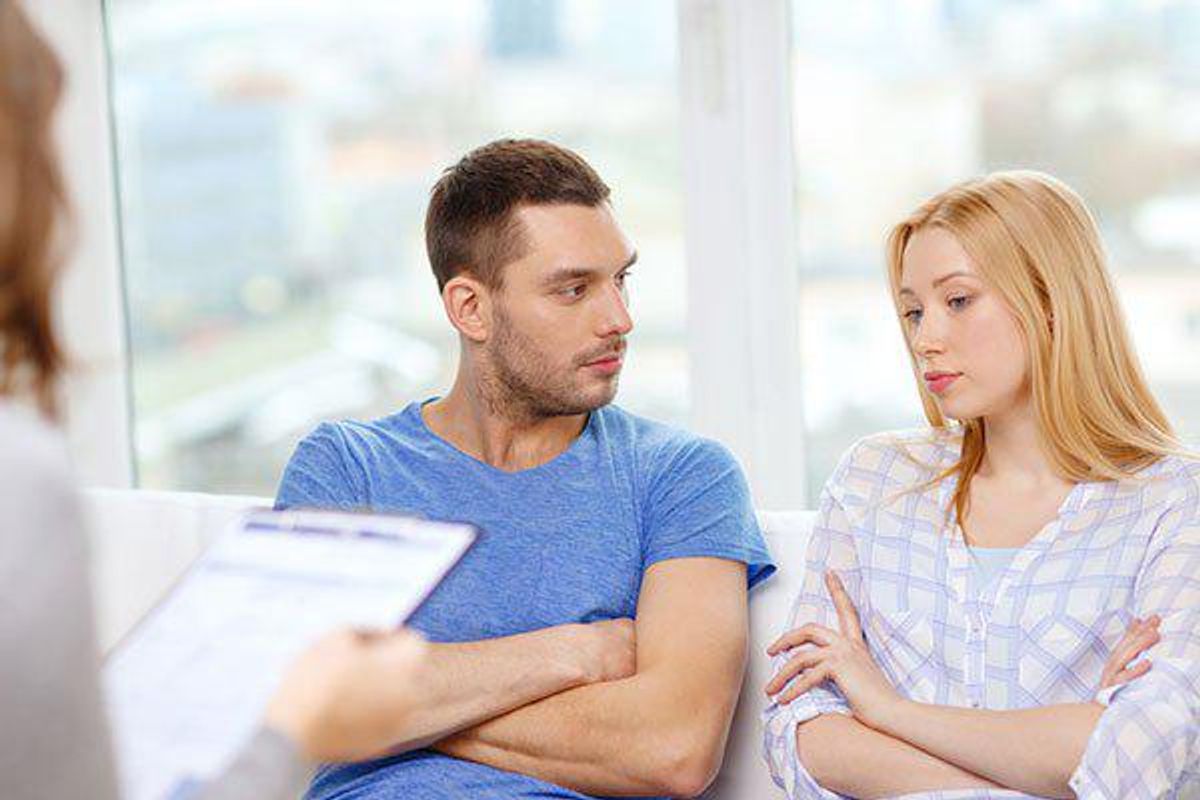 The study, which followed patients at five fertility clinics in California, found that more than half of women and one-third of men had clinical-level depression symptoms at some point. Even more—76 percent of women and 61 percent of men—had symptoms of clinical anxiety.

Yet only about one-quarter of all patients said their fertility center had given them any information on mental health resources.

"It was very surprising to find that," said lead researcher Lauri Pasch, an associate professor of psychiatry at the University of California, San Francisco.

Many studies have found that infertility patients often feel distressed. And, Pasch said, professional groups have underscored the need for patients' emotional health to be addressed.

"It seems like we're doing a terrible job of it," Pasch said.

In the United States, about one in eight couples has trouble getting pregnant or sustaining a pregnancy, according to Resolve: The National Infertility Association.

There are various treatment options for infertility—from drugs that stimulate ovulation to in vitro fertilization. But it often takes more than one treatment cycle, and if patients are emotionally distressed, they may give up when they still have a shot at success, Pasch said.

That's one reason why clinics should pay attention to patients' mental health, she said.

Dr. Brooke Hodes-Wertz, of the NYU Langone Fertility Center in New York City, agreed that it's no secret that many infertility patients are emotionally distressed.

And it's routine for patients to be asked about any history of depression or anxiety before they start treatment, said Hodes-Wertz, who was not involved in the study.

But what happens after that, she said, varies from one fertility center to another.

Based on the current findings, "there's clearly room for improvement," Hodes-Wertz said.

The study included 352 women and 274 men seen at one of five San Francisco-area fertility clinics. The participants were interviewed before starting treatment, and again four, 10 and 18 months later.

Pasch's team found that most of the patients suffered from clinical-level depression or anxiety at some point during the study. And odds were higher for those who failed to conceive.

But only 27 percent of women and 24 percent of men said their fertility center had offered them information on mental health services. And those who'd suffered symptoms—even prolonged bouts—were no more likely to have received that kind of help.

Ultimately, 21 percent of women and 11 percent of men did receive some type of mental health therapy, the findings showed.

The patient interviews were done more than a decade ago, Hodes-Wertz pointed out. "Hopefully, we've made progress since then," she said.

But she also said the findings did not particularly surprise her. For one thing, she explained, there is a "big time crunch" during fertility clinic visits, which is a barrier to mental health evaluations.

Even if problems are recognized, Hodes-Wertz said, patients may not have the time for mental health therapy in addition to their fertility treatment.

And then there's cost, she added. Insurance plans often don't cover fertility treatment, so many patients are paying for it themselves and can't afford mental health therapy on top of that.

To Pasch, the solution is for clinics to have a mental health professional on site—so that patients know it's available and a "normal" part of addressing infertility.

"I think we need a change in the culture at fertility clinics—where the focus is on getting pregnant, and treatment success rates," Pasch said. "We also need to address the question, 'How do we help patients through this?' "

For now, she has advice for infertility patients who are feeling an emotional toll: Talk to your doctor and ask what kinds of services are available—either at the clinic itself or in your community.

Pasch and her colleagues reported the findings in the July issue of the journal Fertility and Sterility.

The issue goes back to ancient Rome, but today's social networks make it easy for uncritical readers to dramatically amplify falsehoods