Barbara Dehn RN, MS, NP is a practicing Nurse Practitioner and a television health expert, who's known as Nurse Barb. She is passionate about health education, whether it's 1 on 1 with a patient, in a lecture hall at Stanford or with millions of people watching on television. Her warm and engaging personality puts everyone at ease as they learn more about health.

Nurse Barb is the award winning author of the Personal Guides to Health used by over 5 million women in the US, with titles ranging from fertility and pregnancy to menopause and breastfeeding. Active in Social Media, she contributes content to HealthyWomen, Huffington Post, NurseBarb, KevinMD and The Patch and amplifies her reach with an active and engaged Facebook following and 34,000 Twitter followers.

Barb earned a masters degree from UCSF and a BS from Boston College. She is certified by the North American Menopause Society and is a Fellow in the American Association of Nurse Practitioners. Over the last 2 years, she has been an active participant in Global Health Initiatives at FAME Hospital in Karatu, Tanzania. Barb lives in the San Francisco Bay area. 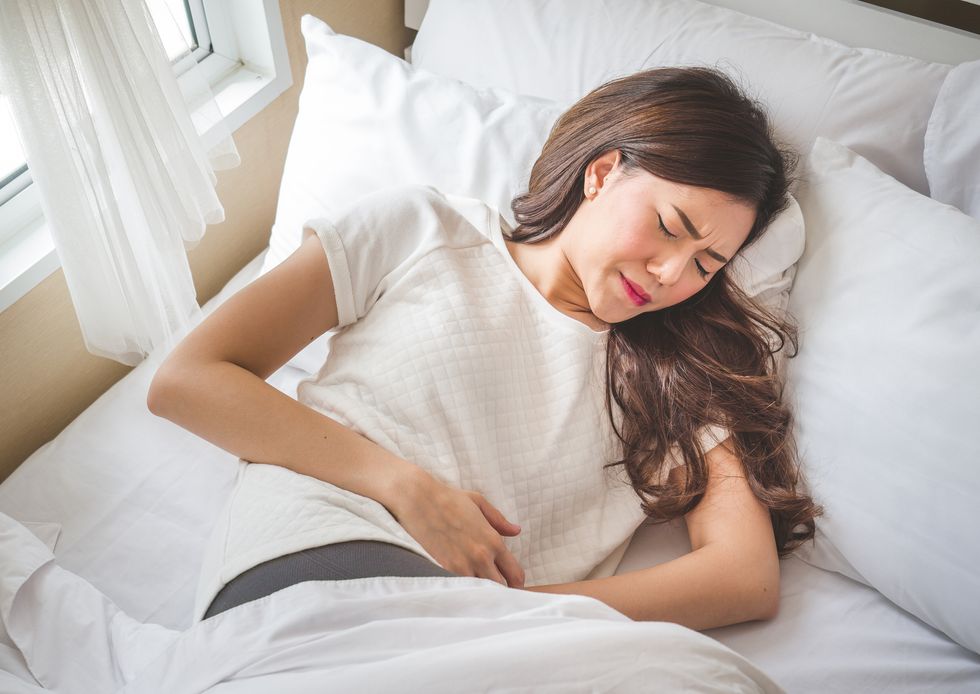 How to Know if You Have Abnormally Heavy Periods

If you change your tampons or pads every couple of hours or bleed for more than seven days, you may have excessive menstrual bleeding. Find out other symptoms of abnormally heavy periods.

Do you wonder if you have abnormally heavy periods?

If you answered yes to any of these questions, you might be among the 1.4 million women in the United States who are experiencing excessive, heavy menstrual bleeding, sometimes known as abnormal uterine bleeding (AUB). Menorrhagia is a similar condition, defined as menstrual periods with abnormally heavy or prolonged bleeding.

As you can imagine, over half of women with heavy menstrual bleeding report that their periods interfere with their lives, more than women with lighter cycles.

One woman said she skipped her daughter's weekend soccer games because she couldn't count on finding a clean bathroom in case she needed to change her protection.

Another was tired of ruining her mattress from heavy nighttime flow, so she resorted to slipping a plastic sheet over her mattress, which made a lot of rustling noises that kept her awake.

Yet another was afraid to discuss her bleeding with her health care providers for fear that the only remedy would be a hysterectomy.

The American Congress of Obstetricians and Gynecologists defines abnormal uterine bleeding this way:

If you're 45 or older and your periods haven't stopped completely, there's a 50/50 chance that you will experience abnormal bleeding. The most common reasons are:

When women seek help for abnormal bleeding, providers can use a new terminology, PALM–COEIN, which was agreed upon by the International Federation of Gynecology and Obstetrics. PALM–COEIN is an acronym used to classify and separate the causes of AUB into structural and nonstructural etiologies.

The PALM-COEIN terminology helps women's health providers as they consider the differential diagnoses and treatment options based on the specific etiology.

How do we diagnose?

When evaluating women with heavy bleeding, one test that's often overlooked especially in women over 40, is a quantitative pregnancy test, which is also available over the counter. Pregnancy is one of the most common causes of bleeding in women of reproductive age. Once it's determined that the woman isn't pregnant, it's important for providers to evaluate for structural causes utilizing ultrasound, hysteroscopy and other imaging.

In addition, women who have abnormal bleeding may need to have an endometrial biopsy to make sure there isn't any abnormal cell growth.

Don't let fear prevent you from being evaluated

If you or someone you care about has heavy periods, don't let the fear of hysterectomy prevent you from getting an evaluation so that you can understand the treatment options, many of which don't involve any surgery. Some of the options are:

How the Tampon Shortage Is Exacerbating Period Poverty in the US