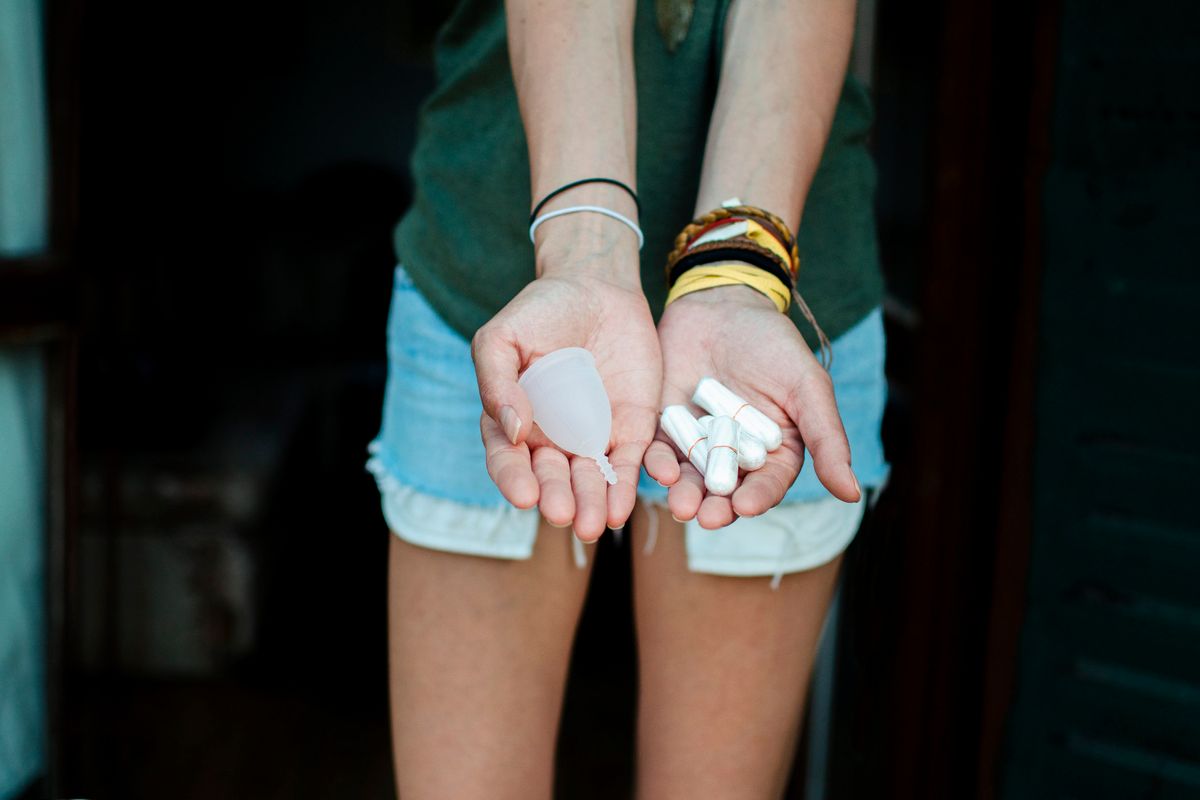 We may not hear about it much, but heavy uterine bleeding (HUB) is one of the most common gynecological complaints, affecting about one in four women in the United States.

The biggest reason so many of us haven't heard about HUB is because of the stigma associated with periods. In other words, most women aren't talking about their bleeding.

"We haven't really done a good job of teaching women what's a normal amount of bleeding, what's heavy and what's light," said Dr. Cindy Duke, clinical assistant professor at the University of Nevada, Las Vegas School of Medicine. Because menstruation is a taboo subject across many cultures, many women might not realize that their periods are abnormally heavy or unusually long, Duke said. Oftentimes, the bleeding progresses gradually or isn't painful, making it even harder for women to tell if there's a problem.

What is heavy uterine bleeding?

"Doctors consider heavy bleeding to be anything more than 80 milliliters," said Duke. "But unless you're using a cup, patients don't have a way of seeing what that looks like." Instead, most health care providers tell their patients that soaking through two or more maxi pads in one hour constitutes heavy bleeding — any more than that may constitute an emergency. A good rule of thumb, said Duke, is that soaking through four pads in the span of two hours means you should contact a health care provider.

Alternately, if a woman has a light or normal flow but the duration of her bleeding lasts more than seven days, that is also considered heavy. Passing blood clots larger than the size of a quarter also qualifies as heavy bleeding, according to the CDC.

What are the symptoms and causes of HUB?

Heavy bleeding over time may cause iron deficiency anemia (IDA), a condition where the body lacks enough red blood cells to carry oxygen to organs and tissues. While HUB is common—nearly 25 percent of women have HUB—many women are not aware that experiencing HUB for six months or more may lead to IDA. IDA may cause symptoms that include lightheadedness, heart palpitations, fatigue, weakness, headaches and shortness of breath. But some women may not experience any symptoms.

Though it doesn't always happen, HUB may also be painful, due to an underlying condition called adenomyosis, which affects the lining of the uterus, or by passing large blood clots.

In addition to heavy periods, HUB may be caused by a number of medical conditions. Two of the more serious conditions include bleeding disorders that are genetic and present from birth, such as hemophilia or factor X deficiency. Other causes include underlying liver disease, an endocrine disorder such as polycystic ovary syndrome (PCOS) or benign uterine growths like fibroids or polyps. In more serious cases, heavy bleeding or abnormal bleeding outside of menses could be a sign of uterine cancer.

When should I speak up?

HUB is common, but most women aren't talking about it — some women may not even be aware there's a problem.

"It's not really a conversation you're going to have with your girlfriends, swapping notes about your period," Duke says. And even when women realize they might have a problem, a fear of medical intervention or certain cultural beliefs may prevent them from speaking up. "Women are sometimes afraid that the doctor will have to remove their uterus, or they might think that heavy bleeding is just the cost of being a woman, the price you have to pay in order to have babies," said Duke.

Yet breaking through the silence and stigma around HUB is important. After all, menstruation is a shared experience among billions of women. "Nobody should feel relegated to having heavy periods or living in pain all the time," says Duke. "Most of the time, heavy bleeding is an easily treatable problem — but I can't fix it if I don't know about it."

Amid the COVID-19 pandemic, it may seem more difficult to keep appointments with health care providers, but Duke urges women to go to their annual OB/GYN exams. These visits are essential, said Duke, and they involve much more than just getting a Pap smear or a pelvic exam: "The Pap smear is separate from your annual exam. During an annual exam we figure out your period status and how you're doing in terms of intercourse and intimacy pain — and those problems, or problems with heavy bleeding, can be addressed before they get too bad or unbearable."

You can learn more about HUB and IDA by visiting imayhaveida.com.

This resource was created with the support of Daiichi Sankyo, Inc.