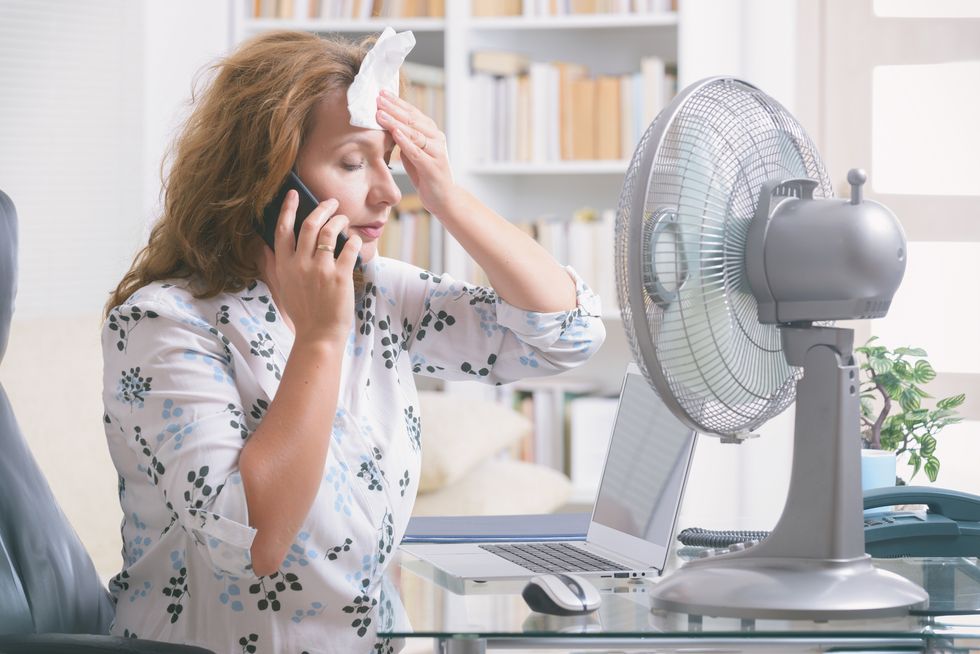 It's time to clarify the conversation on safe treatments for menopausal women.

Dr. Barb DePree is director of Women's Midlife Services at Holland Hospital in Holland, Michigan; founder of MiddlesexMD and a member of HealthyWomen's Women's Health Advisory Council. A gynecologist in practice for almost 30 years, she specializes in women's health at midlife. In this interview, Barb DePree answers our questions about the safety and effectiveness of hormone therapy (HT) for women experiencing menopausal symptoms.

HealthyWomen: Hormone therapy (HT) was promoted as a magic bullet for women in menopause until a 2002 study found an increased risk of breast cancer for HT users. Should women seeking menopausal symptom relief through HT be concerned about breast cancer risks?

Barb DePree: The important thing to understand is that HT is a very effective treatment for many women within the optimal window of opportunity. The 2002 Women's Health Initiative (WHI) study was designed to look at hormone therapy and heart disease but cited breast cancer as an adverse outcome. In that study, the average age of entry was 64 — about a decade after women enter menopause. If you look at the data for women in the 50–59 age range, the outcomes were entirely different.

Heart attack risk increased during the first year of estrogen plus progesterone use in older women, but not in younger women. The timing hypothesis suggests there may be less risk and a potential coronary heart disease benefit when HT is initiated closer to the time of menopause, while starting HT further from menopause may be harmful.

HealthyWomen: Has the tide turned in the way we approach HT?

Barb DePree: In the 1990s, the mantra was "estrogen for life." After the WHI study in 2002, there was a mass exodus away from it. We're looking for a middle ground to see who we can guide through this process safely, with hormone selection making a difference. My frustration is with the persistent messaging that doesn't allow women to make their own decisions.

Many researchers have since broken down that 2002 WHI study. It was bad science and bad medicine, but it's hard to unhear information once it's out here. Women don't hear about later studies that showed that among women who had a hysterectomy, there was a 23% reduction in breast cancer among those on estrogen-only HT. A 2017 WHI study found that mortality rates for the women receiving hormone therapy for five to seven years versus a placebo showed no significant difference in mortality rates.

HealthyWomen: Why should women consider HT?

Barb DePree: Think about it like this —- every day for about 40 years, you were exposed to certain hormones. This was seen as desirable and favorable. Now you're 52 and post-menopausal. Did something happen where now you shouldn't benefit from these hormones? If women experience any other endocrine failure, hormone supplementation is the recommended treatment. Why is it with ovarian failure, we deny women replacement hormones for this condition? We question the safety of treating menopause — why is that?

Barb DePree: We look to see if women are experiencing multiple symptoms related to menopause. When I encounter a patient who had her last menstrual period more than a year ago, I'll ask if she's experiencing any symptoms related to her menopause. "Any joint pain?" "Is bladder function ok?" "Is intercourse still comfortable?" I'll tick through a list of common symptoms.

If we're dealing with a single symptom, maybe we can manage it with just one medication. We can offer a sleep aid, an antidepressant, or a vaginal suppository. If a woman comes to me complaining of multiple symptoms, it wouldn't make sense to prescribe six different medications when we can look at HT.

HealthyWomen: What does HT involve?

Barb DePree: For most women, there is an initiation of estrogen and progesterone. For women who've had a hysterectomy, just estrogen. There are oral and transdermal estrogen applications and synthetic or bioidentical hormones. The prescription depends on the woman. For example, oral estrogen is known to increase the risk of thrombosis or blood clots, while transdermal estrogen does not. If I encounter a patient who has a history of smoking or being overweight, she wouldn't be a good candidate for oral estrogen and transdermal estrogen would be a better choice. After we start HT, I ask patients to give it a two- to three-month trial. After that, I'll ask if it helped. How's their mood? How's their sleep? How is sex?

HealthyWomen: Talk about some of the benefits of HT.

Barb DePree: Within the first 10 years of the onset of menopause, there are fewer risks associated with using HT. We know estrogen plays a critical protective role for years for many women, and there's some exciting data from the WHI that show how women ages 50–59 saw significant benefits in addition to alleviating symptoms of menopause. The use of hormones closer to the onset of menopause (within 10 years) demonstrated a trend toward lower risk of coronary heart disease compared with women who began therapy further from menopause. Many experts believe that HT may have beneficial effects in women whose arteries are still healthy, regardless of age.

HealthyWomen: Are there any other potential benefits to HT that are just now being explored?

Barb DePree: It can be a potential game-changer for cognitive therapy. We're now just starting to look at how women can experience obstacles related to losing some of their cognitive ability starting in perimenopause (most will recover their cognitive abilities over time). Many women in their 50s are pretty accomplished professionally, but they're starting to experience sleep deprivation. Brain fog is a real thing. I hear them say often "I just need to get back on top of my game." They're looking for something that can help.