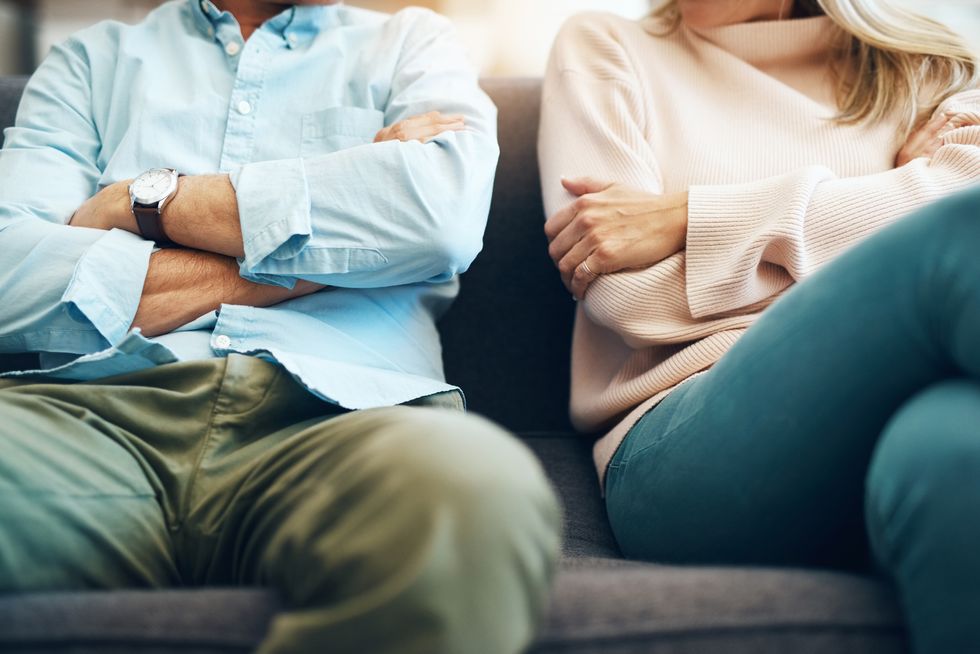 Despite your best efforts and intentions, your relationship can still be unsatisfying. But, it can recover if you start to work on it before it reaches the point of hopelessness.

Sometimes, despite your best efforts and intentions, your relationship is still unsatisfying. That's when it may be time for relationship life rings—resources you can go to for extra help, one of which is counseling.

Ann McKnight, a clinical social worker who is experienced with couples and families, told us that many marriages can recover from a tailspin, "if people start to work on the marriage before they've reached the point of total burnout and hopelessness."

Which leads to another question: Are there early warning signs that can prevent you (or your spouse) getting to that point? There are, but they may not be the same for everyone.

One simple indicator is physical proximity. Do you spend time in the same room? Do you still sleep in the same bed? Are you engaging in the behaviors that support your physiological connection—not just sex, but doing activities side-by-side? If you notice those behaviors changing, think hard about what might be the underlying reason.

Certain communication styles comprise another type of red flag. Research conducted by the Gottman Institute shows four communication styles that can predict the end times for a relationship: criticism, contempt, defensiveness and stonewalling. Criticism is an attack on your partner's character. Contempt is treating the person with disrespect and derision; it is the single greatest predictor of divorce. Defensiveness involves shifting blame to avoid responsibility. And stonewalling is simply shutting down and not responding.

The Institute also suggests antidotes to each. Instead of complaining, use "I" statements to express your feelings and need. Guard against contempt by building a culture of appreciation and respect, regularly noticing and commenting on what your partner does well. Acknowledge the role your actions have played instead of defaulting to defensiveness. And use self-soothing techniques (like reading or exercising) when you feel emotionally overwhelmed and tempted to stonewall.

If you've tried the antidotes and they aren't working, it's probably time to find a counselor.

Another indicator you might need to get help is untruthfulness. "Whatever it is that the person isn't being truthful about, once it's out, both partners are often relieved," says Ann. "There's a feeling that now that they know what it is, they can deal with it."

But the honest exchange has to happen earlier rather than later. Too often the other partner's response is, "If only I had known this six months ago, when I still had the energy and the will to work on the relationship." While you cannot know if your partner is holding something back, you can choose to be truthful yourself.

Feeling stuck is a third red flag. Everyone encounters difficulty in a relationship, but if one of you is despairing of ever being understood, then the relationship is stuck. if you can see repeating patterns of unconscious behavior that seem ingrained in the relationship, like a contentious topic that makes you say "just plug in the tape" (because the conversation never goes anywhere new), then start looking for a therapist.

These unconscious patterns often have roots in what you learned about what love is from your parents. A good therapist can help you discover what's going on so you can deal with it on a conscious level.

A therapist might also help identify something about a partner (such as where that person falls on the Enneagram; listen to our podcast on that topic) that might help you stop taking your spouse's behavior personally. Again, the key is to get help early, while you still have energy for the relationship.

The empty nest is actually a great time to take a hard look at your marriage. By then, "you have the life experience and the mindshare to look at yourself and at how you're contributing to what's going on," says Ann. "You can look backward and see patterns you probably couldn't before."

You also have an important insight that younger people don't. By the time you reach middle age, "it's likely you realize that, at the end of the day, you are responsible for how you are going to walk through [marital difficulty]. No one is going to rescue you," says Ann. And, because of life experience, you also have enormous capacity to achieve the kind of relationship you want to have if you're both willing to do the work.