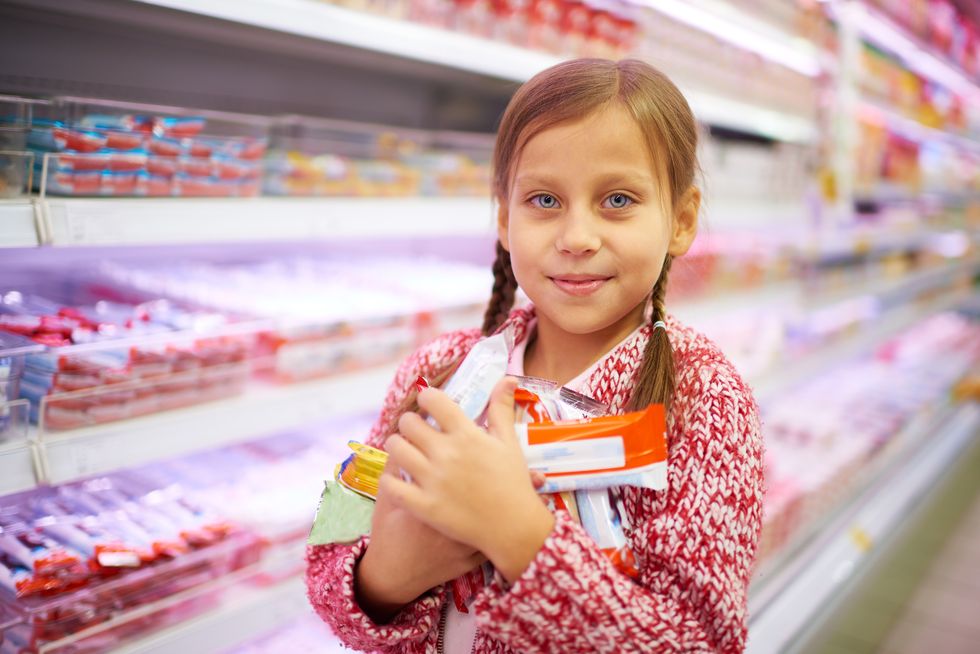 Cookies, Apples or Yogurt? Not Always a Simple Choice for Kids

Cookies, Apples or Yogurt? Not Always a Simple Choice for Kids

Kids are driven mostly by food preferences—not healthy eating—in choosing their snacks. But some can be swayed by food brands and their own allowance, according to new research.

FRIDAY, Aug. 25, 2017 (HealthDay News)—Kids are driven mostly by food preferences—not healthy eating—in choosing their snacks. But some can be swayed by food brands and their own allowance, according to new research.

"The single most important factor in why a child chose a snack is that they are going to buy what they like to eat," said study author Sean Cash. He is a professor at the Tufts University Friedman School of Nutrition Science and Policy in Boston.

But, those who reported getting an allowance were more cost-conscious, factoring prices of snacks into their decisions to buy or not, the researchers found. And those aware of brands were inclined to choose those products only if they liked the brand.

The findings suggest, at least for kids with an allowance, that boosting the prices of unhealthy snacks might inspire them to choose healthier ones, Cash said.

For the study, the researchers gave 116 children snack choices. The kids, aged 8 to 11, all attended after-school programs in the Boston area. The choice consisted of chocolate-chip cookies, apple slices or a tube of drinkable strawberry yogurt. The brands were either McDonald's or generic.

The prices ranged from 30 cents to 70 cents, and the kids were each given $2 to spend. Ten times, each child was shown photographs of two of the snack choices, and were told to pick one of the two, or decide not to choose anything.

Most often, the kids chose the cookies, the researchers said.

"The only kids we saw paying attention to price were the ones who got an allowance," Cash said. "They still chose the cookie a lot, but they were more careful about price."

The group of snacks from McDonald's was used to test the importance of brand-name on the kids' choices. While the results suggest that children may not pay as much attention to brands as parents might think, the researchers found that liking a brand-name mattered more than just the brand name.

Overall, Cash said, "What the food item was, was more than twice as important to them as what brand was on the package, and about 2.5 times more important than price."

The limitations of the study included that the kids were in a controlled situation with the researchers, not in a store, where other factors such as tempting displays might have affected their decisions, he acknowledged.

Gilda Moreno is a clinical psychologist at Nicklaus Children's Hospital in Miami. She reviewed the findings and said the environment at home plays a major role in what a child will choose for a snack when away from home.

Parents who want to encourage their children to eat healthier snacks should simply stock healthy ones at home and not bring unhealthy ones into the house, she suggested.

Snacks at home should include options such as an apple with peanut butter, Moreno said. Skip sugary beverages and fill a big jug with water and lemons or water and mangoes, she suggested. "Make it fun," she said.

In her experience, Moreno said, "I don't think price is the deciding factor in snack-buying decisions. Rather, it's what you teach them at home and what [foods] they are exposed to."

The study appears in the October issue of the journal Appetite.