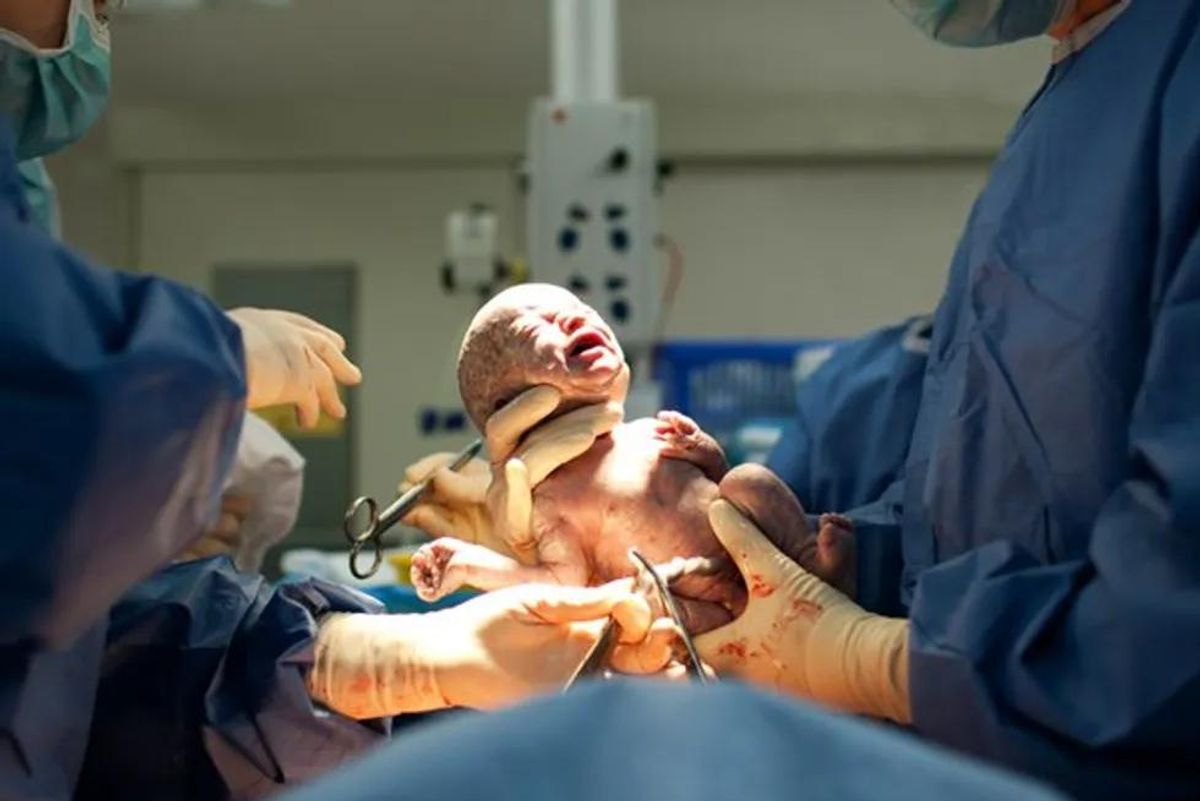 Cesarean Birth Linked to Risk of Obesity in Childhood

HealthyWomen Editors
14 Dec 2016 Pregnancy & Postpartum
obesity
Medically Reviewed
This article has been archived. We will no longer be updating it. For our most up-to-date information, please visit our obesity information here.

These babies had a 15 percent higher risk of becoming obese in childhood, compared with those born vaginally. The risk was even more pronounced within families, where children born by cesarean delivery were 64 percent more likely to become obese than their siblings who were born via vaginal delivery, the researchers said.

"What makes our findings compelling and different from previous studies addressing this question is that this was also true when we compared siblings who differed in type of delivery—one was born by cesarean and the other by vaginal delivery—and when restricted to women without any known risk factors for having a cesarean, some of whom may have undergone an elective cesarean," said lead researcher Dr. Jorge Chavarro. He is an associate professor in the departments of nutrition and epidemiology at Harvard T.H. Chan School of Public Health in Boston.

But these findings only show an association between cesarean delivery and childhood obesity, not cause and effect.

Chavarro, however, believes the association is very strong. "These results, and in particular those regarding discordant siblings, strongly suggest that the association between cesarean delivery and childhood obesity is real, rather than an issue of inadequate control for shared causes as we and others had proposed," he said.

As important as cesareans are, they are not without risks, Chavarro noted. "Our results point to a risk to children that is preventable in the case of cesareans that are strictly elective or when an indication is not clear," he said.

The report was published online Sept. 6 in the journal JAMA Pediatrics.

For the study, Chavarro and his Harvard colleagues collected data on more than 22,000 children born to more than 15,000 women. Among these children, nearly 5,000 were delivered by cesarean section. These children were followed from childhood through early adulthood.

Mothers who had cesarean delivery weighed more before pregnancy and were more likely to have pregnancy-induced diabetes, preeclampsia and high blood pressure, the researchers discovered.

"These findings add to the growing list of problems that babies have who are born by cesarean delivery, compared to vaginal delivery, including childhood asthma, pulmonary problems—a whole host of things," said Dr. Mitchell Maiman, chairman of the department of obstetrics and gynecology at Staten Island University Hospital in New York City.

Maiman said these problems arise from not exposing the infant to the helpful bacteria in the vagina that gives the baby "an immunologic advantage as compared with babies born via cesarean delivery."

The study authors concurred, saying that although evidence is still building, "this early life difference in mode of delivery leads to an altered gut microbiota pattern in offspring."

Nearly 1.3 million cesarean deliveries are done each year in the United States. The rate of cesarean delivery ranges from 30 percent to 33 percent. "That's way too high," Maiman said. "The rate should be around 15 percent."

"We need to make mothers aware that cesarean deliveries are not just bad for them, but bad for the babies, too," Maiman said.