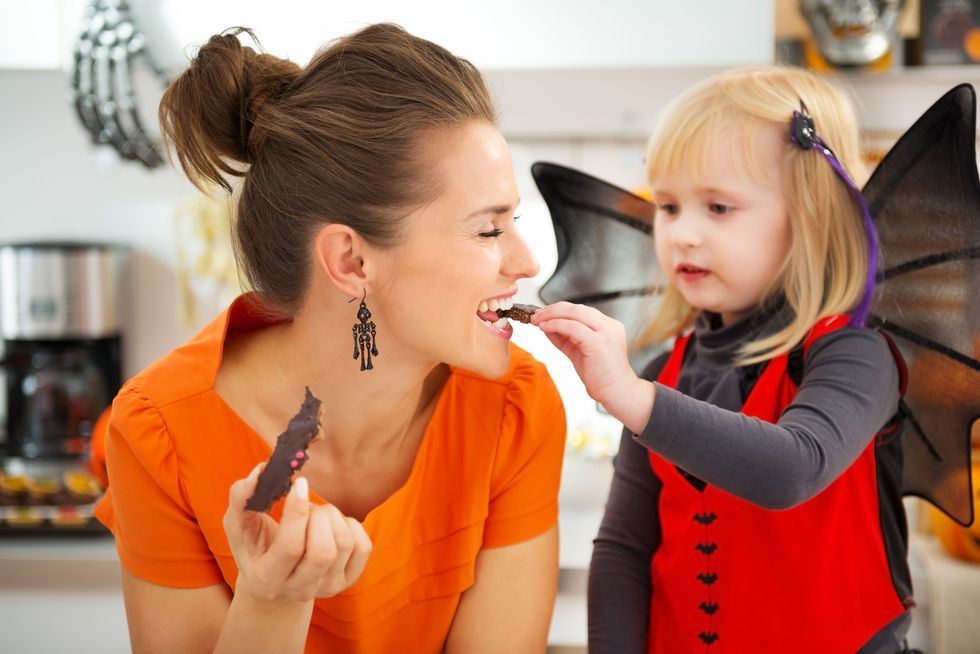 Halloween marks the beginning of a long season of eating too many candy treats, not just for kids, but for many women, too. Candy indulgences are in full force around Halloween and follow a steady procession through the Christmas/Hanukah/Kwanzaa season, right on to Valentines and, for some kids, Easter.

On Halloween, a kid’s bag with 60 pieces of “fun-size” treats would contain an estimated 4,800 calories—including 1.5 cups of fat and 3 cups of sugar, according to Children’s Healthcare of Atlanta. Just one or two snack-size candies provide 100 calories.

No wonder one in three U.S. children and teens is considered overweight or obese and about 17 percent of kids are obese. That's triple the obesity percentage in 1980, according to the U.S. Centers for Disease Control and Prevention.

So what's a parent to do? First, we can't ignore it. Being overweight or obese puts children at risk for serious problems such as heart disease and diabetes. It can also affect joints, breathing, sleeping and moods, health experts say.

But we all remember how much fun Halloween can be. It is fine to let kids splurge once in a while—but make sure the occasional treat doesn't become a steady diet of sugar.

Here are some tips to help you and your kids control those holiday candy indulgences:

Another occasion and more treats will roll around before you know it.