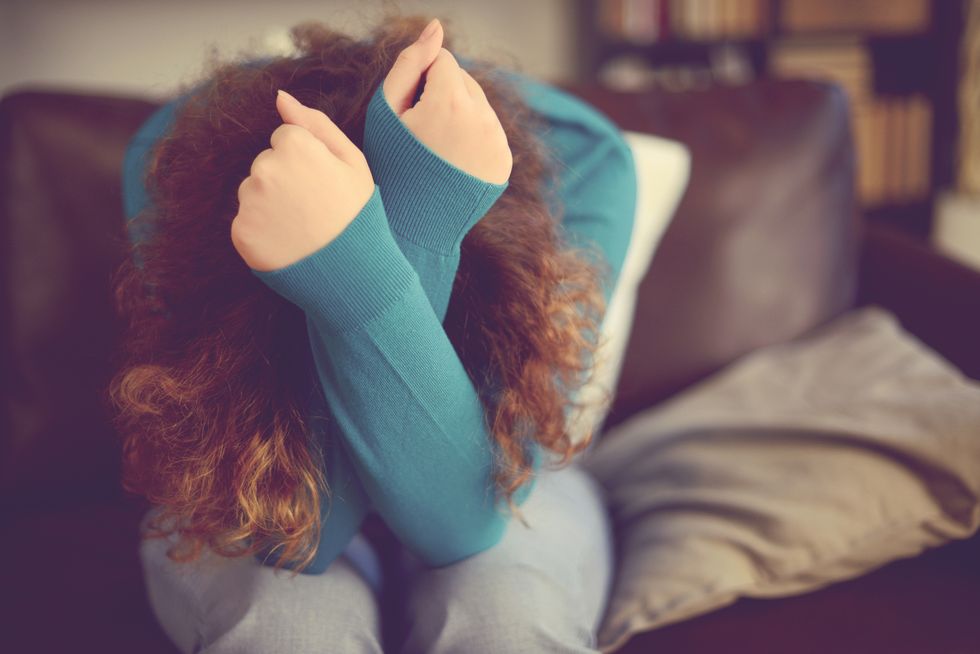 I'm outdoorsy, but I rarely go hiking anymore. I love live music, but I've had to skip many concerts. I enjoy my job, but I often find myself struggling to stay awake. I enjoy time with friends, but I frequently find myself needing to cancel plans.

I'm not lazy. I'm not an introvert. I'm not a pessimist. I have Sjögren's.

Chances are you've never heard of Sjögren's, and if you have heard of it, you probably don't understand it.

Sjögren's is an autoimmune disease affecting more than 4 million Americans—90 percent of whom are women. Sjögren's causes the body to attack moisture-producing glands—most commonly the eyes and mouth—and presents symptoms of fatigue and joint pain. It can also cause dysfunction of other organs, affect the kidneys, gastrointestinal system, blood vessels, lungs, liver, pancreas and nervous system.

I've been living with a Sjögren's diagnosis for nearly seven years, but I've had it much longer. When I first saw my health care provider about my original symptoms—dry eyes and severe fatigue—they were brushed off. The dry eyes were attributed to Lasik surgery I had, and the fatigue was thought to be thyroid related. After having a thyroidectomy—surgery to remove my entire thyroid gland—my fatigue became worse.

It took four long years to receive my Sjögren's diagnosis.

Once I received my diagnosis, I was relieved, but I also knew life would not go back to being normal—ever. Yes, I received treatment, which helped, but fatigue and pain are a constant. I deal with them daily.

I didn't just watch my life slip away, though. I made adjustments. I live a wonderful life, despite Sjögren's, by:

The Sjögren's Syndrome Foundation, the only non-profit organization dedicated to increasing research, education and awareness for Sjögren's, is a great resource for anyone battling this disease. With the foundation's help, I pulled together these health facts that pretty much sum up the basics about Sjögren's:

Overview
Sjögren's (SHOW-grins) is a systemic autoimmune disease that affects the entire body. Nine out of 10 people with Sjögren's are women. The average age of diagnosis is late 40s, although it can occur in all age groups.

Sjögren's often is undiagnosed or misdiagnosed because disease symptoms frequently overlap with or "mimic" those of other diseases including lupus, rheumatoid arthritis, fibromyalgia, chronic fatigue syndrome and multiple sclerosis. There is also no single test that will confirm diagnosis.

Sjögren's is serious but generally not fatal if complications are diagnosed and treated early. An estimated 2.5 million people are currently undiagnosed. Reaching a diagnosis can often be difficult and has been found to take an average of three years.

Health care professionals sometimes treat each symptom individually and do not recognize that a systemic disease is present, because all disease symptoms are not always present at the same time and because Sjögren's can involve several body systems.

Currently, there is no cure for Sjögren's, but prescription medicines and over-the-counter treatments may improve various symptoms and prevent complications.

People with Sjögren's must be monitored carefully for development of internal organ involvement, related autoimmune diseases and other serious complications. In particular, the incidence of lymphomas (cancer of the lymph nodes) is significantly higher in people with Sjögren's compared to the general population.

Rheumatologists have primary responsibility for managing Sjögren's. They will conduct a series of tests and ask about symptoms. Depending on your symptoms and complications, you may also be diagnosed and treated by specialists such as ophthalmologists, optometrists, dentists, otolaryngologists and others.

If you think you may have Sjögren's, you should consult a health care professional immediately.

Symptoms
Symptoms vary from person to person but may include:

Risks
Although anyone can develop Sjögren's, it typically occurs in people with one or more known risk factors. These include:

Additional Facts to Know
Sjögren's is a life-changing disease. According to a recent Sjögren's Syndrome Foundation survey, 71 percent of those surveyed agreed that their Sjögren's gets in the way of the things they need to do each day.

If you or someone you know has Sjögren's, it's important to be realistic about how it may change aspects of your life, such as: