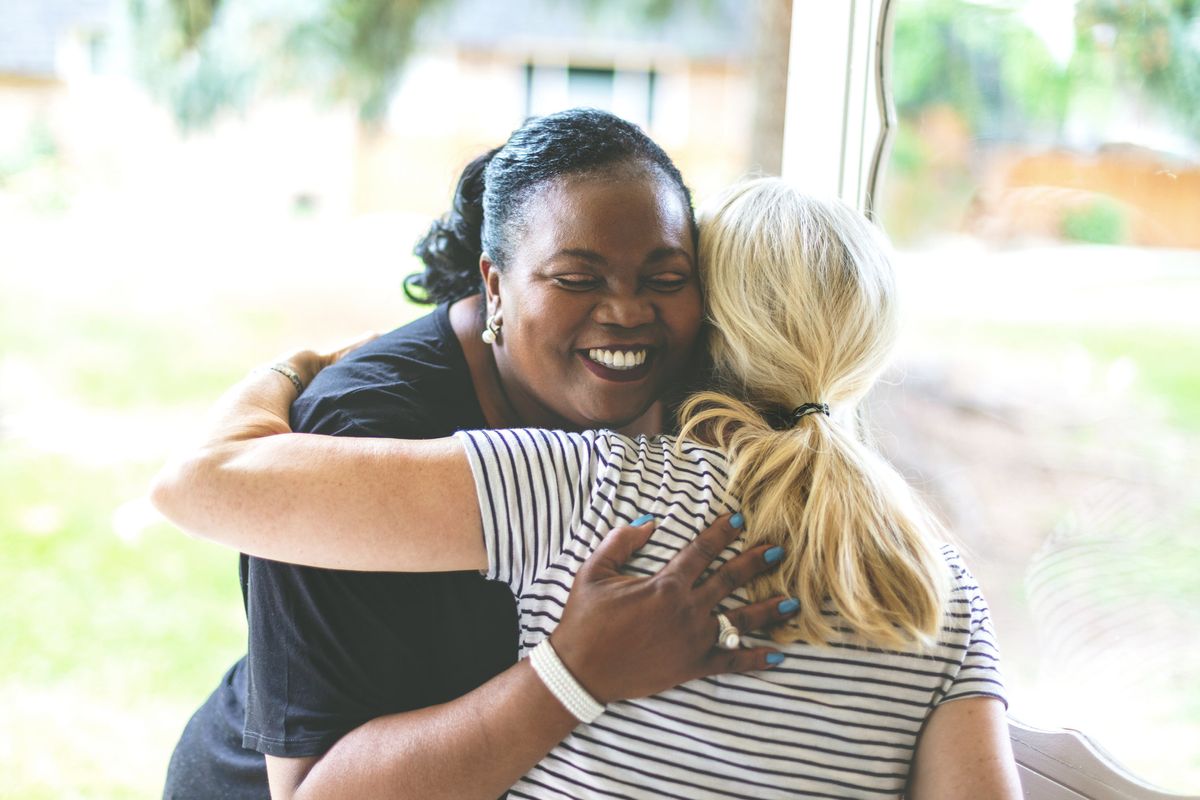 Why Friendships Are So Important

My friendships have always sustained me. I need my friends; I'd like to think they need me, too. In fact, they rank as high on the importance scale as do my husband and children.

My friendships have always sustained me. I need my friends; I'd like to think they need me, too. In fact, they rank as high on the importance scale as do my husband and children. Yes, a lot of energy goes into my friendships—both passion and pain. Yet I have no doubt that this is a near-universal experience.

It's no wonder Aristotle said: "Without friends no one would choose to live, though he had all other goods."

Along with the sustenance friends provide are other emotions they trigger. And those emotions are a mixed bag. Joy comes with startling grief, as in the time I ushered my two best friends through breast cancer in the course of five years, only to be utterly consumed with heartache and disbelief when they both died. That gaping hole in my life, though a bit smaller with time, still remains; I suspect it always will.

Contentment comes with puzzlement when a friend who is close and trustworthy (or so you thought) suddenly abandons the friendship with no explanation. An otherwise ordinary day comes with a delightful and surprising small-world story, when I am remembered by a small kindness I had performed for the new kid in school in second grade, a story time had long wiped clear from my memory. And with the ease of the Internet, I have both found old friends who somehow got away and have myself been found by friends who I'd never suspect still thought of me.

To call friendship complicated underestimates the enormity of it. That's why I am fascinated when someone actually devotes the time to dissect it and explain it. Dr. Irene S. Levine's book, Best Friends Forever, is a guide to "surviving a breakup with your best friend." Because, face it, we've all had friendships that have burned out, faded away or ended badly. "Whether we are 5, 25, 55 or 75 years old," Irene says, "whether our friendships end slowly (almost imperceptibly) or abruptly, these endings play havoc with our emotions—leaving many unresolved, painful feelings in their wake."

Q. What made you want to embark on a study of women's friendships?

A. I was always very curious how my friendships compared to those of other women. I realized that many close and wonderful friendships, ones I thought would last forever, had drifted apart over time. I wondered whether this only happened to me—or if it happened all the time. As a psychologist, journalist and woman, I jumped on the opportunity to learn more about these complex relationships.

Q. What is the most surprising thing you have discovered about women's friendships?

A. In doing the research for Best Friends Forever: Surviving a Breakup with Your Best Friend, I surveyed more than 1,500 women between the ages of 17 and 70. There were two findings that really surprised me.

First, I learned that most friendships, even very good ones, don't last forever. Yet women are raised to believe the romanticized notion of BFF (best friends forever), a myth that is reinforced by the media and our mothers. In our culture, women are judged by their ability to make and keep friends, yet some women have a hard time getting over the loss of a best friend or even talking about friendship breakups openly. Unfortunately, women tend to chalk it up as a personal failure.

Second, it was obvious from the outpouring of responses that friendships are among the most meaningful but complex relationships in women's lives. These unique bonds often run deeper than family ties and last longer than relationships with husbands and lovers, yet there are few agreed-upon ground rules about how to act or react within the context of an evolving relationship between two people who outsiders view as "just friends." So, most friendships, even very good ones, are riddled with ambiguity.

Q. Why are women's friendships so complicated? I don't want to be assumptive or come off as sexist, but when I observe the friendships my husband or sons have, they just seem so much easier—without all the "stuff." That's not to say men don't value their friends or love them as much as we love ours, though, is it?

A. Of course, it's difficult to compare friendships because every one is so different. Yet as a group, female friendships are a different animal compared to male ones. Female friendships are imbued with intimacy; many anthropologists describe them as face-to-face as compared to male ones, which have been described as side-to-side. Men do things together, whether it's playing golf or cards or watching a football game on TV. The most important thing for women is to share, talk and just be together. There have been some studies that suggest that these differences may be inborn. Girl babies are more interested in facial expression than are boys. So when female friendships fall apart, it's serious stuff because we put so much of ourselves into our friendships.

Q. Around midlife, friendships can really shift and crumble. People grow apart, their priorities shift, they move, get divorced or remarry, die. I think it gets more difficult to make deep friendships as we get older. I wonder how you view this?

A. Yes, it's true that friendships need to be nurtured and, often, replenished over the years. But age is less of a barrier to making and keeping friends than are circumstances. The ease or difficulty in making friendships depends on a woman's personality, where she is at in her life and what she is doing. If a woman is still actively engaged in life, it's easy to connect with new people interested in the same things she is. For example, if a woman is working or involved in neighborhood, religious or charitable organizations, there are ample opportunities to make new friends. On the other hand, if a person is stuck at home or saddled with caregiving responsibilities, for example, it becomes more difficult.

The good thing is that generally as women age, there is less pretense and they begin to feel more comfortable in their own skin. They've honed the art of making friends, so connecting in the 50s may actually be easier—even though there are fewer opportunities than there were when you were a student, thrown together with large numbers of people in similar circumstances.

Q. Face it, most of us have experienced having to get rid of a toxic friend or being dumped by a friend. And it always is pretty devastating (especially when you're on the receiving end). What's your advice on how to deal with these emotions—and move on?

Regardless of age, it's always painful to lose a once-best friend, especially when it's one-sided or not your choice. Old friendships—from the neighborhood where we grew up, high school or college—are like virtual scrapbooks of our lives: they hold precious memories from the past, so they're hard to let go of. Losing a friend can be as painful as losing a boyfriend or lover. There are constant reminders of experiences you've shared.

But there are situations when the relationship becomes so rife with conflict or disappointment that it becomes unsatisfying to one or both women. In that case, it might be easier to end it for the time being. If a relationship is strained and emotionally draining, there may be no alternative but to let go.

If you're the one who has been dumped, it's always harder. Under the cloak of anonymity, each day hundreds of women visit my blog, http://www.TheFriendshipBlog.com, searching for ways to come to terms with a lost friendship. Like death, it takes time to get over the loss. Sharing our stories and recognizing how commonly this occurs makes it easier. Take solace in all you have learned from the friendship—and that will make you a better friend in the future.

Read about why friendships are important to your health