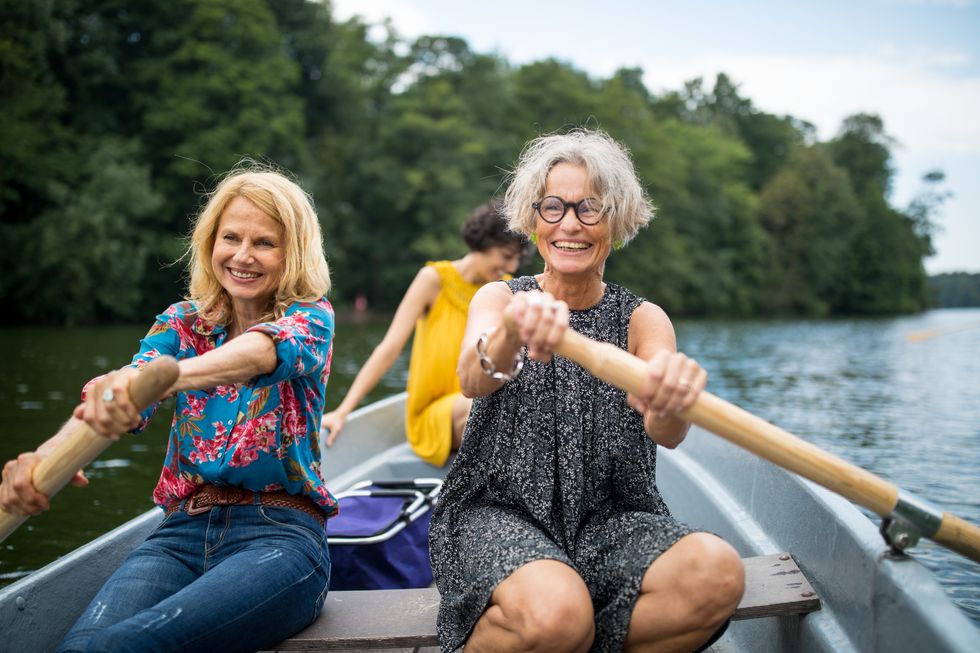 Girls' Trips Really Are Good for Your Health

Science says it's time to schedule your next weekend getaway with your squad!

Pack your bags because it's time for that girls' trip you've been putting on the backburner. (Not that you ever really needed a reason to hang out with your girl squad.) It doesn't have to be fancy or elaborate. Even just a few days away from the norm with women you love and trust is enough to cleanse your sole. Even science is now telling us that we're healthier and happier for doing so.

READ: Why Friendships Are So Important

Girls' trips release happy hormones.
One study published in Behaviourfound that hanging out with your friends can help release oxytocin, a neurotransmitter known as the love or trust hormone. More oxytocin is released when you're with your friends. That can make you feel happy, trusting, generous and friendly.

Your squad may help ward of dementia.
Another study found that loneliness can increase your risk of dementia. The study was conducted at the Arkin Mental Health Care Center in Amsterdam. Using the data of 2,200 people ages of 65 to 86 living in the Netherlands, they were free of dementia at the beginning of the study. According to the reports, about one in five participants said they felt lonely; 1,000 lived on their own; 1,000 were unmarried and almost 1,600 said that they didn't have any social support.

More benefits
Sure, the scientific benefits of girls' trips are pretty awesome, but let's not forget some of the non-scientific reasons we love getting together with our girlfriends: relaxation, laughter, and memories.

What are you waiting for? Go text your girlfriends to set the date for your next trip!

7 Healthy Habits to Improve Your Body and Mind

6 Self-Care Resolutions for the New Year

Put Yourself on the A-List This Summer

Someone Who Likes You: The Importance of Girlfriends for Mental Health