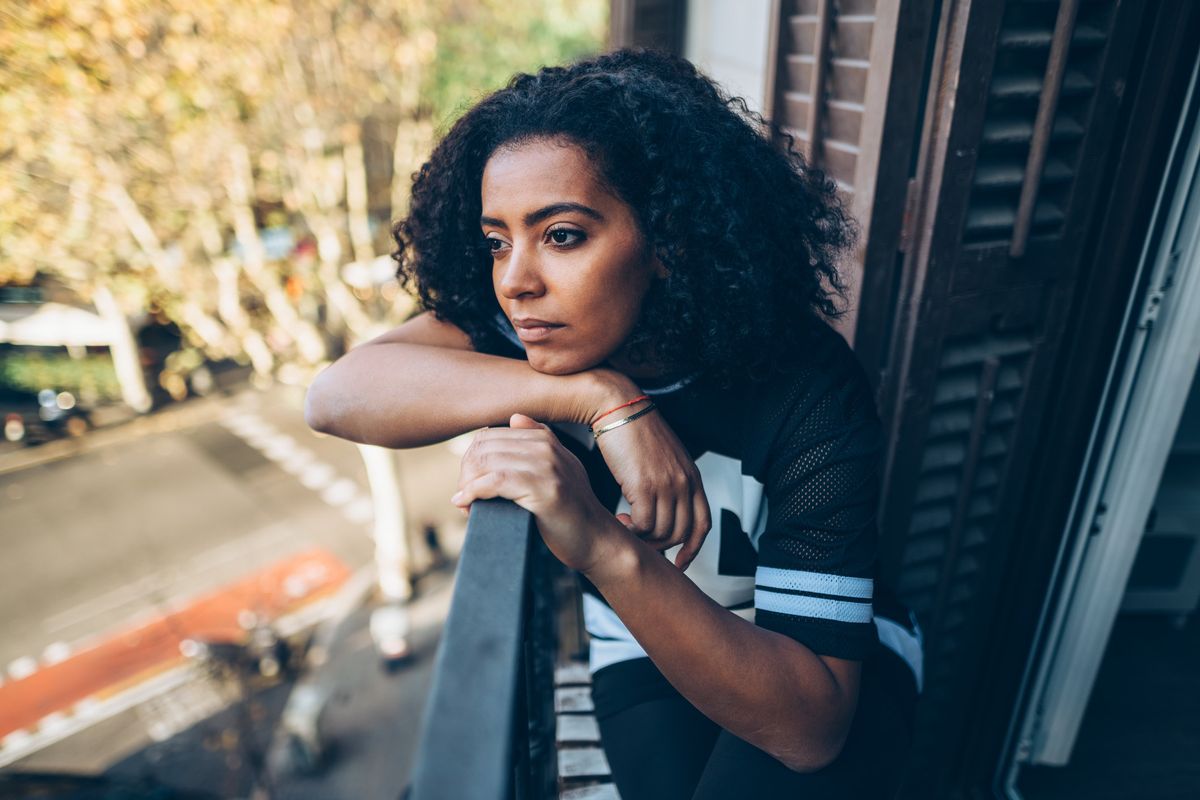 Misery doesn't love company. It also doesn't love sleeping well, or enjoying activities, or eating healthfully, or making hopeful plans. Misery is, well, miserable. And when sad, empty feelings continue for two weeks or more, you're not just feeling miserably—you may be depressed.

For many women, depression is an all-too-familiar visitor. Women are twice as likely as men to have depressive episodes. While the condition responds to many treatments, it often can recur.

Your important first step in dealing with depression is to see your primary healthcare provider. What happens next depends upon the severity of your symptoms (mild, moderate, or major), medical advice, and your choices for treatment.

Antidepressants and talk therapy are the most common approaches used to fight depression. Yet recent scientific evidence shows you may be able to use natural approaches when: (a) traditional therapies aren't working well for you, or side effects and risks pose problems; (b) you choose not to use standard treatments; or, (c) you'd like to lessen or prevent depressive episodes.

"Individuals who are suffering from mood disorders really want choices," says Marlene P. Freeman, MD, associate professor of psychiatry at Harvard Medical School and a medical director at Massachusetts General Hospital. "It will serve our patients and the field the best if we really have an integrative approach, where we're willing to use all possible treatment options and able to use safe and effective combinations."

Dr. Freeman was part of a team that reviewed studies of patients who were on antidepressant medication but had not responded well. When the subjects were given omega-3 polyunsaturated fatty acids in addition to the antidepressants, "there was a positive effect for mood," she says.

Omega-3s, best known as the components in fish oil, are essential natural substances our bodies need for good health. We get omega-3s only through foods we eat or by taking them as dietary supplements, usually in capsule form.

You may know about the cardiovascular benefits of omega-3s, but researchers have also been evaluating their effect on depression and other mood disorders. Those studies are built on previous findings that people with depression often have low levels of omega-3s and that depressive disorders occur less in populations that consume high quantities of omega-3-rich fish. The omega-3 fatty acids believed to improve mood are EPA (eicosapentaenoic acid) and DHA (docosahexaenoic acid).

Good results in the studies Dr. Freeman looked at occurred at doses of 1 to 3 grams of fish oil per day, with very few risks. Although some studies used much higher doses of omega-3s, those amounts didn't bring better results. "With a nutritional supplement, there is an optimal dose that the body and brain need for optimal function," says Dr. Freeman. "Providing in excess of that may not increase benefit."

It is still unclear whether omega-3 fatty acids would be effective on their own, not in combination with medication. But the protective effect of fish oil has been fairly well established, with studies showing it may decrease the risk of depression, including premenstrual and postpartum depression. Taking omega-3s could also avoid increasing antidepressant dosages for some patients, Dr. Freeman says.

Omega-3s have other good health effects: they are vital for fetal development and may help prevent certain cancers, Alzheimer's and dementia diseases, hypertension, diabetes, and other conditions.

Vegans who do not want to consume fish oil might get some benefit from ALA (alpha-linolenic acid), the omega-3 found in flaxseed oil. ALA is somewhat different than EPA and DHA, the omega-3s in fish oil, and has not been studied for use in depression.

Food sources of EPA and DHA include fish, seafood, and omega-3-enriched eggs. In addition to flax oil, ALA is found in canola oil, walnuts, and enriched eggs.

"I think it would be fair to say that individuals with major depressive disorders should be taking an omega-3 fatty acid supplement, unless there's a particular medical reason why they shouldn't—of which there are very few," says Dr. Freeman.

Moving depression out of your life

You probably know about "runner's high"—the great feeling people get when they exercise vigorously. But, you're thinking, you aren't a gym rat or one of those well-toned runners you see burning up the roads. And putting out such effort may seem impossible, especially when you feel depressed.

You can achieve the same positive mood effects from far-less-strenuous physical activities. Adding mild movement to a sedentary life can reduce your depressive symptoms even if your fitness level remains unchanged. What's more, physical activity lessens depression regardless of your pre-existing health conditions, and may insulate you against future depressive symptoms.

"Exercise has been shown to give us a boost of energy that helps us feel motivated and do things we might not want to do if we're feeling down and depressed," says Teresa M. Edenfield, PhD, assistant professor in psychiatry and behavioral sciences at Duke University School of Medicine in Durham, NC.

That effect works for people with various levels of depression, from mild to major. "For people with very severe symptoms, exercise might not be enough. They might need something like medication or therapy," Dr. Edenfield says, noting that medical care, psychological assessment, and safety monitoring are imperative. "We always caution people to seek professional help…to think about this as a combination approach."

Researchers are currently studying how, why, and for whom exercise works its antidepressant charm. Dr. Edenfield helped review a number of studies that supported using exercise to alleviate depression—either as an alternative to other types of treatment or in addition to them.

One notable recent study took 153 women and 49 men, all diagnosed with major depression, and assigned them to either supervised group exercise, home-based exercise, a common antidepressant medication, or a placebo ("sugar") pill. After four months, patients in the exercise-only groups showed just about the same relief from depression (40% to 45% remission) as did those taking medication.

Depressed people often have low levels of folate, a B vitamin important for cell growth. Adult women should take in 400 micrograms (mcg) of folate daily, with pregnant women needing 600 mcg and nursing mothers, 500 mcg. Yet even if these amounts are consumed, some of our bodies don't absorb or use folate well, resulting in deficiencies.

Adding more folate to your diet—through foods or supplements—can reduce symptoms of depression, improve response to antidepressants, and may also help in recovery from depressive episodes. The U.S. government requires folate (as folic acid) to be added to some foods, such as fortified cereals and breads. Natural sources include liver, spinach, and black-eyed peas.

"It's pretty sound advice for women who are experiencing mood problems to take a multivitamin with folate," says Dr. Freeman. "Most of us should be doing it anyway."

Other possibilities to consider