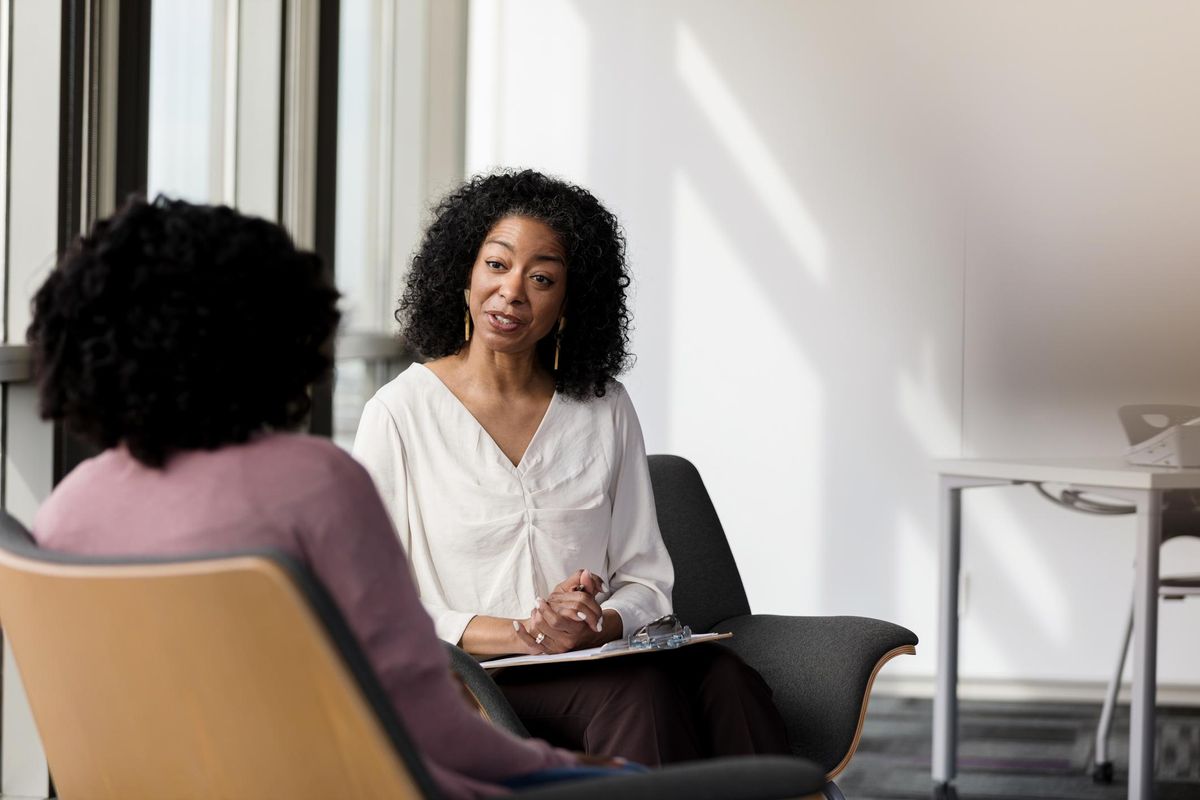 More people of color are seeking mental health services, but finding a therapist of color can be difficult

Francisca Porchas Coronado was just nine when she left her home in the Mexican state of Sonora, just south of the border with Arizona, to migrate to the United States. The memories of traveling through the desert and resettling in a new country still linger even though she's lived in the United States for more than 30 years.

"For my nine-year-old brain, there was a lot to assimilate just because of the fact that I left my country, my culture, my language and a lot of what I'd known," Coronado said.

Coronado later became an activist for immigration rights, and her work has taken on more urgency in recent years because of increased deportations and border enforcement. While interacting directly with immigrants and their families, however, she noticed there were few resources to address their mental health.

"We as a community don't have the support that's needed to be able to truly address this trauma, pain and grief," said Coronado, who launched the Latinx Therapists Action Network in 2019 to fill that gap. "The network came about to help provide emotional support in many different ways — not just with therapy, but with accessible, culturally grounded support with a pro-immigrant and anti-racist perspective."

Two years later, the network has close to 100 therapists in 30 states who've indicated their interest in serving Latinx patients from immigrant backgrounds and working with immigrant communities. These therapists are among a growing group of mental health professionals of color working to meet the needs of clients in their racial and ethnic communities, although therapists of color remain a significant minority in the mental health field. Among licensed psychologists in the United States, 86% are white.

The ability to find and afford a quality therapist is often cited as a key reason for the disparity in treatment among people of color, but stigma can be just as limiting. In some communities of color, discussing mental illness has often been seen as a sign of weakness, although that attitude is changing with younger people who are more open to talking about their mental health and the importance of mental health care.

Coronado sought therapy herself to process her experience. She said she's not alone — more Latinx individuals in her social justice networks have expressed a similar desire to use therapy to take care of their mental health and address the trauma caused by their personal experiences.

Taisha Caldwell-Harvey, a California psychologist, has cultivated a multistate network of Black female therapists through her platform The Black Girl Doctor to serve a clientele of professional Black women. The events of 2020 amplified her work and the efforts of other Black mental health professionals.

"I think our community was in so much pain from the effects of the pandemic and the murder of George Floyd, it became really okay to acknowledge that you were in pain," Caldwell-Harvey said. "That's something that was not usually accepted because Black women were expected to be strong and withhold emotion. This was just so bad that everyone acknowledged that we were not okay."

You can try finding a culturally competent therapist by typing "Black/Latinx therapists in my area" in an internet search engine. Resources like Psychology Today offer therapist listings, complete with photos and descriptions of the practitioner's area of expertise.

An internet search could also lead to databases like the ones Caldwell-Harvey and Coronado created to reach specific groups. In the Latinx Therapists Action Network, for example, certain members of the leadership team identify as members of the LGBTQ+ community or highlight their experience with specific modes of healing.

For those who cannot afford private services, community clinics and organizations often offer lower-cost help and take Medicaid or Medicare. Other options include seeking financial aid from mental health organizations that serve people of color, asking therapists about sliding scale payments based on income, or exploring group therapy that costs less than one-on-one sessions.

If an individual can't find a provider of color, Caldwell-Harvey suggests looking for phrases in a provider's online biography or website that mention social justice, identity and culture as signals that they're open to culturally competent care. She understands the comfort level of working with a therapist from one's own culture and aims to provide a safe, healing space for Black women seeking assistance.

"There are some universal struggles ... but I think for Black people, there's an extra layer of struggle on a daily basis from dealing with racial trauma [and] the experience of having intersecting identities," Caldwell-Harvey said. "When you connect with somebody from your own culture, there are just some things that can go unsaid and allow you to be more vulnerable."