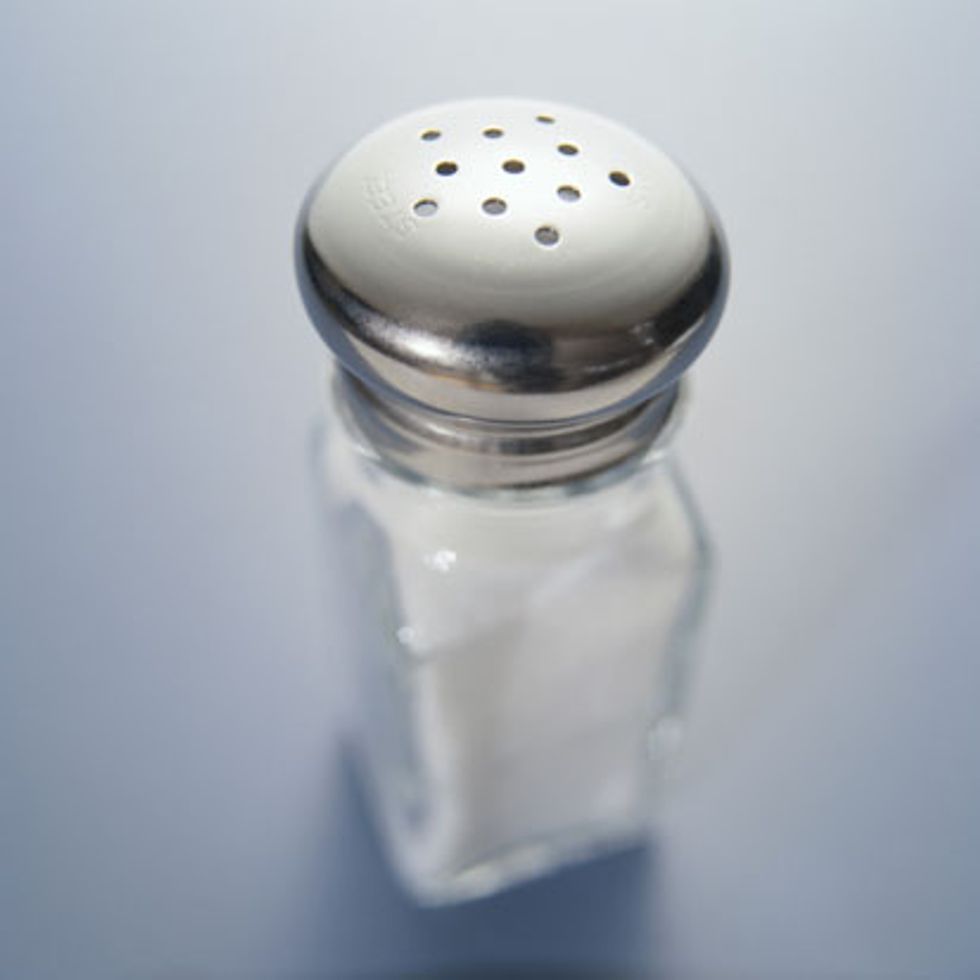 Now I know it wasn't just me.

Not too long ago, I spoke to Michael Jacobson, executive director of the Center for Science in the Public Interest (CSPI). He was anxious to get the word out on the dangers of salt consumption, mainly an increase in blood pressure and the risk of cardiovascular disease. (Some health experts even think salt is responsible for the rise in kidney stones, especially among U.S. children.) At the time, the magazines I approached to do a story did not bite, but I'm happy to now see that salt is back in the news.

CSPI studied adult-sized meals at 10 popular chain restaurants and found that about 85% of these meals had more than the recommended limit for TOTAL sodium intake per day. Pretty alarming, right? Well, it gets worse: out of those meals, nearly half of them had two days worth of sodium in a single meal. (The vast majority of sodium comes from processed foods - and foods eaten outside the home.)

And when the total salt we should consume in a day equals just one teaspoon, it's easy to see how over-salted our food is.

There are so many reasons to shy away from salt, and simple ways to do it.

Here's a shocking statistic: Reducing sodium consumption by half would save an estimated 150,000 lives per year. In turn, that would reduce medical care and other costs by about $1.5 trillion over 20 years.

And, there are also tasty substitutes for salt. All it takes is a little know-how.

Being 42 years old, I knew I was at a higher risk for pregnancy complications, but this came out of nowhere and turned my world upside down

Eating right can favorably impact the immune system, but nutrition alone will not defend against a potentially life-threatening virus

Why You Should Eat Flaxseeds

Holiday Foods That Are Actually Good for You