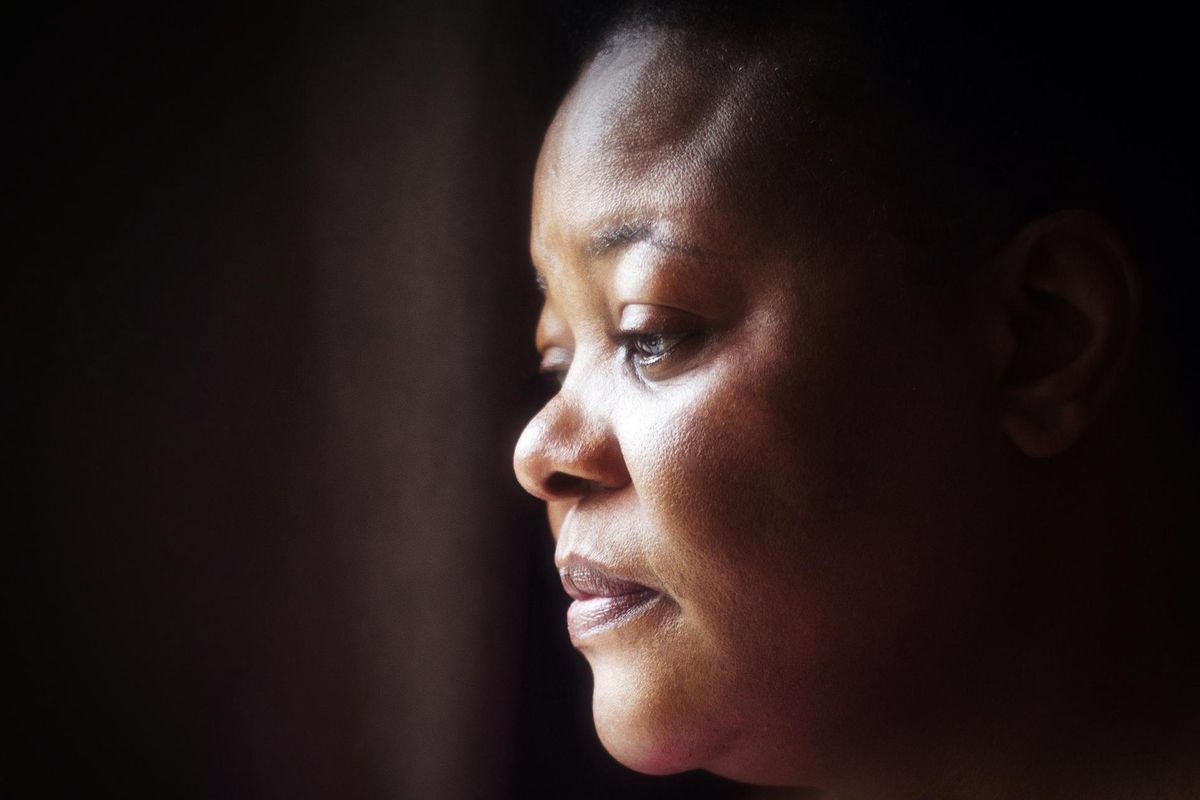 If left untreated, these common disorders can have a serious impact on your quality of life

Carmen Davis knows the pain and frustration of heavy uterine bleeding (HUB) too well: Crippling cramps, constant back pain and obsessive bathroom breaks take a toll on her body and her brain.

"The constant worry of bleeding through your clothing plays on your emotions for sure," said Davis, who began experiencing HUB about a year ago. Davis was diagnosed with uterine fibroids (a common cause of HUB) and iron deficiency anemia (IDA) in 2015.

More than 10 million women deal with HUB (also called heavy menstrual bleeding and previously referred to as menorrhagia), which is defined as either bleeding for more than seven days or experiencing a heavy flow (needing two or more maxi pads per hour, for example). HUB can lead to a serious health condition called iron deficiency anemia (IDA), a lack of healthy red blood cells needed to carry oxygen to tissues and organs. IDA can cause physical symptoms including heart palpitations, weakness, shortness of breath and cognitive issues. If left untreated, the combination of HUB and IDA can affect the way you think, feel and deal with everyday life.

"Prolonged and heavy periods can [reduce] our iron stores (and cause anemia), which can then cause fatigue, depression and a host of other chronic illnesses," said Dr. Heather Bartos, an OB-GYN, sexual health expert and member of HealthyWomen's Women's Health Advisory Council.

Low levels of iron are also associated with headaches and irritability and, according to one recent study, significantly more people with IDA had anxiety, psychotic and sleep disorders, and depression versus those without IDA.

For Davis, the emotional struggle of HUB/IDA starts days before she even gets her period. "I have PMS pretty bad if I'm not working out and eating well," she said. "And extreme fatigue." When Davis was diagnosed with uterine fibroids six years ago, she could hardly get out of bed. "I was in excruciating pain," Davis said. "Pain up and down my legs and sharp, stabbing pains in my mid-section."

Davis had myomectomy surgery in 2016 to remove two of four fibroids to help with the pain and began experiencing heavy bleeding earlier this year due to the remaining fibroids. "Before, my cycles were light — three to four days. Now, they are very heavy the first two days and I have to change [pads/tampons] every hour," Davis said. "And I know the heavy bleeding isn't helping my anemia."

Like Davis, some women with HUB will lose a lot of blood in the first couple of days of a period and others will bleed for a week to 10 days or longer. Both scenarios can have a significant impact on sexual health because many women are hesitant to have sex during their period. "The length of the period obviously impacts sexual health because still many women are hesitant to have intercourse during their cycle ... but women can totally have sex on their period," Bartos said.

The topic of sex during menstruation — or talking about periods at all — is part of a larger societal problem of period stigma and a very real problem for many women. A recent survey of menstrual attitudes and experiences found that one woman in five does not feel comfortable talking about their period with a healthcare provider (HCP), let alone a sexual partner. Ironically, talking with your HCP is the first and most important step to taking control of your HUB, your sexual health and your overall health.

"For women embarrassed to talk about their heavy cycles with their partners, I advise them first to talk to their [HCP] to see why they are having such heavy cycles — fibroids? Polyps? Sometimes this can be remedied rather quickly," Bartos said.

Treatment options for HUB/IDA vary based on the severity of the condition. For less severe HUB cases that do not require surgery, anti-inflammatory drugs like ibuprofen can reduce blood loss, and oral contraceptives/hormones can help regulate periods, which can relieve some of the stress and intimacy issues associated with HUB. For IDA, iron supplements and a diet consisting of iron-rich foods can help treat less severe cases of anemia and boost mental health.

How to talk to your partner about HUB

According to the survey mentioned above, more than 70% of people are not comfortable talking about periods. But HUB/IDA can have a significant impact on all aspects of life, so if your partner is not aware of the condition and related complications, your relationship can suffer. From feeling self-conscious and anxious about the amount of blood to the fatigue and other symptoms, HUB/IDA can influence interactions and understandably lead to a lack of interest in sex and having sex less frequently, which can put stress on your relationship.

Talking about any health problem is stressful, but keep an open mind. Try putting yourself in your partner's shoes: How would you react if they told you about their struggle with HUB? Would you dismiss them? "Sometimes our minds play tricks on us and our partners are willing, able and excited to help," Bartos said. "A good conversation about sex is worth a gazillion dollars!"

After you've had the HUB talk, try to keep your partner in the loop regarding any new treatments or medications you try, so you're on the same page.

For Davis, it is important to be upfront about how sex can be painful due to fibroids and that all women should feel free to discuss the many ways HUB/IDA can affect everyday life. "I want all women — especially women of color — to advocate for themselves," she said. "Take the time to document everything that is happening with your body so you can be clear when talking with a health[care] provider."

It may not be easy, but talking about HUB and IDA is the first step toward a better sex life and a better quality of life overall.