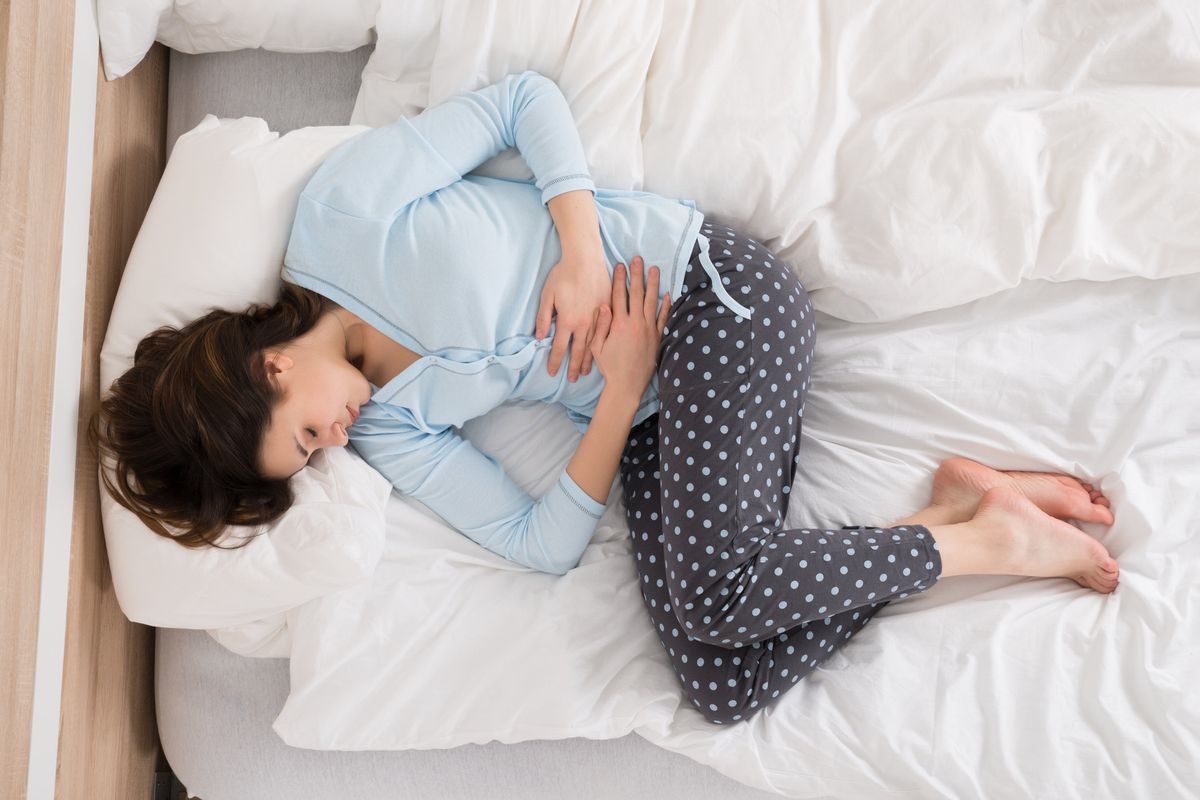 I realized I couldn't keep living with debilitating bleeding and fatigue every month. Finally, I found the diagnosis and the care that I needed

I always knew I had a family history of fibroids and heavy menstrual bleeding. My grandmother and aunt both needed hysterectomies in their mid-30s, and my mother had one at age 40. But because I didn't experience symptoms as early as my family members, I thought I'd escaped the odds.

My heavy bleeding started when I was in my 30s. At first, I believed I could handle it on my own. Then it started impacting my work life, to the point where I had to keep a change of clothes in my bottom desk drawer. When I had my period, I never knew when I might bleed through what I was wearing. It was embarrassing and debilitating and not conducive to being a professional woman.

I'm a professor, and at the time I was also working for the state government. I was in charge of an entire county, on the road a lot, traveling across the state. I remember needing to call my secretary from my car and asking her to bring down my jacket, laptop and books because I'd bled through everything and couldn't get out of the car.

Other times I'd have to leave work early or even stay home due to the exhaustion. On bad days, the excessive bleeding would literally keep me in bed, lying on towels, barely able to move or eat. The fatigue was so extreme, I felt like I'd been attacked by a family of vampires. I also suffered from migraine headaches and was in terrible pain from cramps.

I had no idea that my uterine bleeding might be causing anemia. My mother was the one who informally diagnosed me. She worked in a hospital lab and thought I should get a complete blood count (CBC) to see what was going on.

"You're pale; you don't look well," she told me, worried about my health. But I still didn't get my blood levels drawn. My doctor was male, and he didn't think the bleeding was a big deal or recommend any bloodwork. He sent me for an ultrasound, and that was all.

By 2017, I was concerned my monthly distress would start looking like a pattern to my employer. I needed to do something, so I went to a surgeon recommended by a friend. He was a gynecologic pelvic specialist and ordered magnetic resonance imaging (MRI) to try to get to the bottom of my symptoms. Because I was still holding out hope for another baby, I delayed scheduling the procedure. Soon, I learned I was pregnant with my second son.

During that pregnancy and postpartum period, I got a much-needed break from the bleeding. My son gave me a few years of reprieve, and I thought, OK, I beat this, I'm good.

But then the heavy bleeding started creeping back into my life again. I realized I couldn't keep living with it and needed to actively pursue some answers. I went back to the same practice where the male doctor had dismissed me, even though my instincts warned me otherwise. A new doctor there ordered my bloodwork and diagnosed me with iron deficiency anemia.

She told me I had a hemoglobin level of six, indicating an extremely low red blood cell count. Normal hemoglobin levels for women are between 12 and 15.5. No wonder I'd been so exhausted! I started iron supplements and changed my diet to include more iron-rich foods like spinach and beets.

But that doctor still didn't know what was causing my uterine bleeding, and she didn't seem alarmed by it. She kept looking for endometriosis and fibroids, but I had only one small fibroid, too small to be responsible for my excessive symptoms.

I kept second-guessing myself, thinking I should trust the medical professionals. But nothing they were doing was changing the outcome. By then the bleeding was so extreme, I was afraid I might die in my bed from hemorrhaging.

Finally, I left that practice and returned to the pelvic surgeon I'd seen before my pregnancy. He sent me to the hospital right then and there for outpatient testing.

He said, "I'm very concerned by what you've shared — the level of need and the hemorrhaging. I think you have adenomyosis, and we need to take care of this now."

He told me surgery was probably the only option. We scheduled a laparoscopic hysterectomy the next month. I'll be honest: that surgery was rough. At that point, my anemia was severe. My recovery took months, but I'm finally out of the woods.

This journey has taught me that you have to trust your instincts. You can't rest until you find the right practitioners who are able to hear you and advocate for your health.

I've realized that as women, we don't take the time to care for ourselves the way we do others. If my kids had the same symptoms as I did, or my husband, I wouldn't let up for a minute. What if we gave the same level of attention and advocacy to ourselves as we do to our children?

I look back at what I've been through, and I feel relieved. I don't need to keep a change of clothes in my desk drawer. I'm not worried about excessive bleeding or fatigue. I'm not exhausted.

I finally have clarity and I'm not afraid of the unknown.

This resource was created with the support of Daiichi Sankyo, Inc.