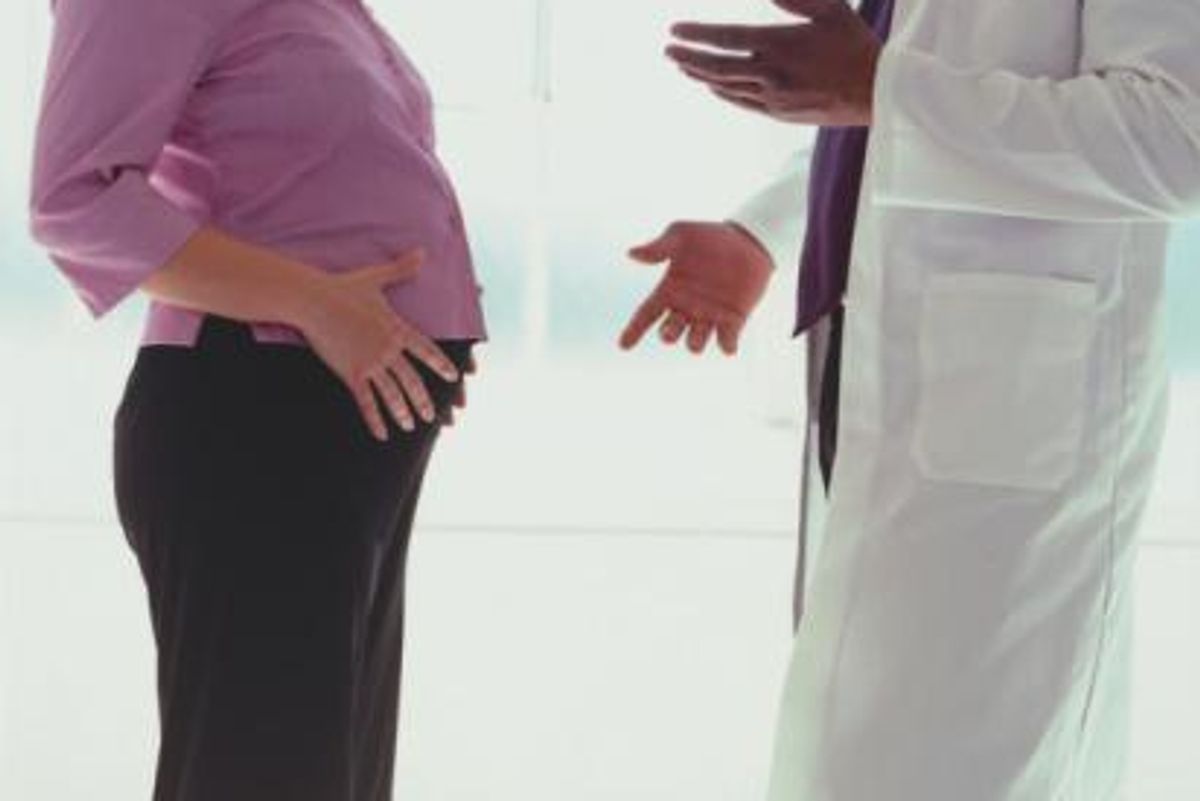 What to Expect From Prenatal Genetic Testing

At an early prenatal visit, you may be asked if you would like genetic testing. Or, if you are aware of a genetic condition in your family or your partner's, you or your partner may opt to get tested before conceiving.

Almost all pregnant women in the United States receive a maternal serum screening test. This is performed with a blood sample and is usually done between weeks 15 and 18 of the pregnancy (as measured from the start of the most recent menstrual period). The test estimates your risk of having a baby with:

The blood screen does not look directly at genetic material but instead measures four substances—alpha-fetoprotein, unconjugated estriol and human chorionic gonadotropin and Inhibin A—to determine whether you are at increased risk of having a baby with one of these disorders. A key fact to remember is that this test does not diagnose the disorders—it only screens for the substances and shows if there is an increased risk of a disorder. Further testing is always suggested to make a diagnosis.

Indeed, most of the time, the fetus is not affected with the disorder, even if the screening result is abnormal. Out of 1,000 serum screening tests, an average of 50 will suggest an increased risk for open neural tube defects, but only one or two of the fetuses will have such a defect. Likewise an average of 40 out of 1,000 will test positive for increased risk of Down syndrome, but only one or two fetuses will actually have the condition.

Most labs offer the standard "quadruple marker" serum screening test, which detects approximately 75 percent of fetuses affected with Down syndrome among women younger than age 35 and 90 percent of affected fetuses in women 35 and older.

A newer type of prenatal screening test that can be done in the first trimester is becoming much more common, although it's still not offered everywhere. This test assesses the risk for the fetus to have Down syndrome or trisomy 18. The first trimester screening has two parts and both should both be performed between weeks nine and 13 of gestation. One part tests levels of maternal serum free beta-human chorionic gonadotropin (beta-hCG) and pregnancy-associated plasma protein-A (PAPP-A) in the mother's blood. The other measures the nuchal thickening (measure of fetal neck thickness) through a specialized ultrasound. This test detects 85 percent of fetuses with Down syndrome and approximately 90 percent with trisomy 18.

However, remember that it is a screening test and still requires a confirmatory chorionic villous sampling (CVS) or amniocentesis to make the definite diagnosis. A screening test does not diagnose a condition. It should not be used to make decisions for treatment or pregnancy termination, but rather should be used to determine whether the mother wishes to have diagnostic prenatal testing performed.

The primary benefit of this screening test is that it can be performed earlier in the pregnancy and is much less invasive than a CVS or amniocentesis.

If a screening test indicates a higher-than-average risk, your health care professional may want to perform a basic ultrasound, which can help determine the gestational age of the fetus and show if a woman is carrying twins. If either of these factors accounts for the abnormal screen test result, no further testing is needed. Otherwise, a more detailed ultrasound examination may be performed, which allows a look at the baby's brain and spinal cord, as well as other parts of the body. This ultrasound can often identify an open neural tube defect or other malformation associated with an abnormal screening test.

Your health care provider may suggest you consider either amniocentesis or CVS. Both are diagnostic tests to determine whether the fetus actually has the disorder in question. Amniocentesis is performed more frequently and should be the choice if you're at risk for having a child with neural tube defects (CVS doesn't detect neural tube defects).

If you have amniocentesis, a doctor will use a needle to withdraw a sample of amniotic fluid (the fluid surrounding the fetus) for analysis. The procedure is typically performed during the second trimester, at 15 to 18 weeks.

Amniocentesis or CVS is offered for high-risk pregnancies, which could include any of the following:

Both CVS and amniocentesis can cause cramping, and a small number of women have miscarriages following the procedures (the risk is slightly higher with CVS).

CVS is performed at 10 to 12 weeks of gestation and involves analyzing a sample of placental tissue. A thin tube inserted through the vagina and cervix, or the abdomen, and is used to suction out a small tissue sample from the placenta. However, unlike amniocentesis, CVS cannot be used to test for neural tube defects, such as spina bifida and anencephaly. Therefore, it's usually recommended that a woman undergoing CVS also have the prenatal blood test called the maternal serum alpha fetoprotein (MSAFP) screening test, at about 16 to18 weeks of pregnancy.

CVS is more attractive to some women because it can be done earlier than amniocentesis. Many women say that this is a time when pregnancy is still a private issue. But other women feel the slightly higher risk of CVS is unacceptable, and they wait for the amniocentesis. Amniocentesis and CVS can be used to prenatally diagnose many, but not all, genetic disorders.
Every prenatal screening and diagnostic test has its benefits, risks and limitations. It is very important to discuss these testing options with your doctor and, if possible, a genetic counselor.

Of course, the ideal time for many tests is before you get pregnant. If you are planning a pregnancy, preconception genetic counseling can be quite helpful because it offers an opportunity to make decisions without the pressure of an advancing pregnancy. Potential risks for the planned fetus can be identified and testing strategies can be pursued.

A growing area of research suggests that dogs can provide real benefits, not only to their daily companions, but also to those in their orbit