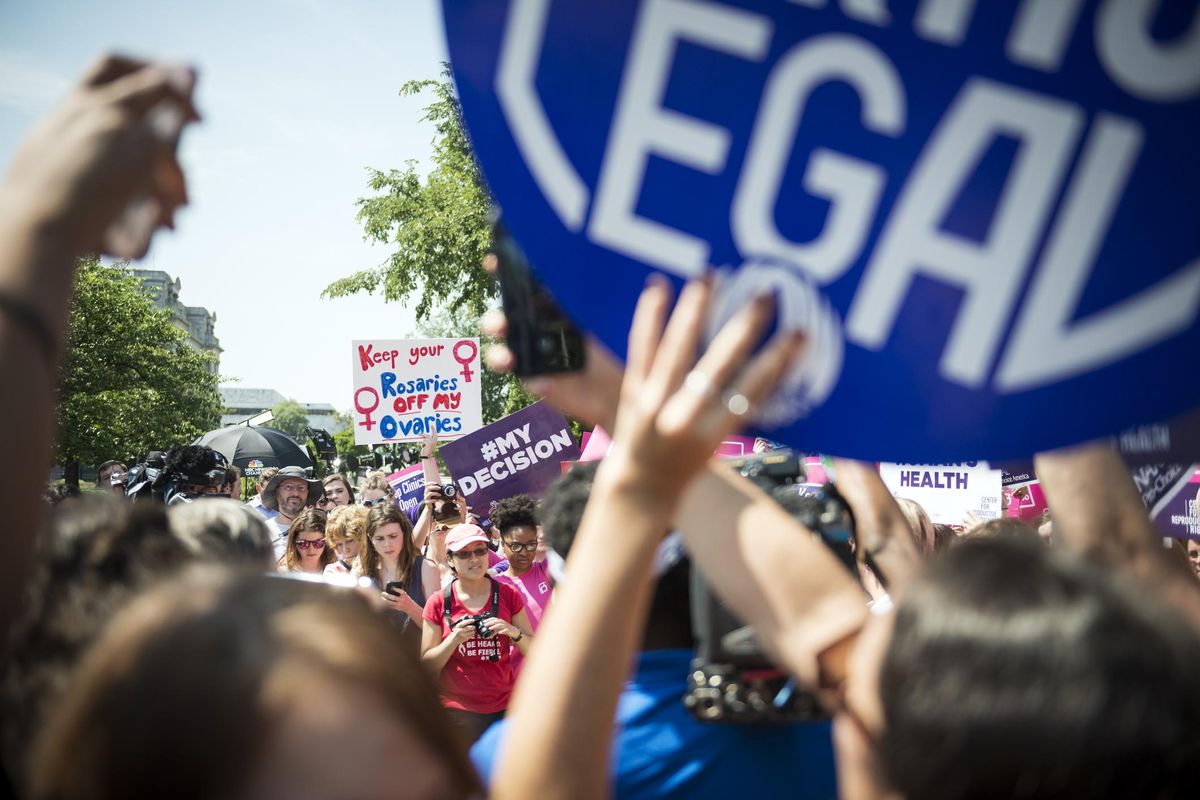 From administrative impediments to all-out bans, here's how several states are undercutting Roe v. Wade in 2021

For Laurie Roberts, helping women access abortion care means seeing them jump through one hoop after another.

She shared a recent example, which she says is all too common: A client thought they were four weeks pregnant and worked to save up money for an abortion, only to learn by the time they got the appointment six weeks later that they were actually 18 weeks along — too far along to get an abortion at Mississippi's sole clinic, which has a 16-week cutoff.

"They lost their $150 deposit. They wasted the one day they had to take off work," Roberts recalled. "Then I had to tell them they had to go several states over and take a plane, which they had never done, because very few clinics in the South are legally able to provide abortion care after 20 weeks." Roberts ended up sending the client to Colorado, where abortion is available through 26 weeks.

"Let's be clear: This is how barriers work," said Roberts, who also served as the client's abortion doula, reminding them to take their antibiotics after their procedure and lending a shoulder to cry on.

The barriers are only increasing as states pass a flurry of laws restricting abortion. According to the Guttmacher Institute, from January to July 2021 alone, states have enacted 90 abortion restrictions — more than any year since Roe v. Wade, the 1973 landmark Supreme Court case that ruled states cannot restrict abortion access.

An all-out assault on reproductive rights

"The anti-abortion movement is trying a bunch of creative strategies during this time when the Supreme Court has yet to permit them to outright make abortion illegal," said Michelle Oberman, law professor at Santa Clara University and author of "Her Body, Our Laws: On the Front Lines of the Abortion War, from El Salvador to Oklahoma."

"It's about how they can drive up the cost of abortions and make abortion less attractive and accessible for both the person wanting to end the pregnancy and the provider."

Some states have added administrative impediments. For example, in Arizona and Tennessee, aborted fetal tissue must be buried or cremated, and Indiana now requires parental consent to be notarized for a minor's abortion. In Arkansas, doctors at abortion clinics must have admitting privileges to hospitals, be within 30 miles of a hospital, and have agreements with ambulatory services in the same county as the clinic. This makes it nearly impossible for abortion clinics to operate in rural communities, which are often hours away from the nearest hospital.

Some states have enacted financial hurdles, with Arkansas and Idaho banning the use of public funds for abortion care, Montana banning abortion coverage from health plans purchased on the state exchange, and Utah banning coverage from state college and university health plans.

Other states are severely impeding the agency of pregnant people. Tennessee, for example, now allows for doctors to withhold information from patients about their pregnancy if they believe the patient might seek an abortion, and Arizona bans abortion when there are nonlethal fetal genetic anomalies.

Arizona, Arkansas, Indiana and Montana restricted abortion drugs in the mail, forcing pregnant people to see a provider in person to obtain them.

The maze of laws in Arkansas and Oklahoma amount to a near total abortion ban. Idaho, South Carolina, Texas, in addition to Oklahoma — which doubled down on bans — adopted six-week abortion bans, also known as fetal heartbeat bills. These laws essentially ban abortion after a heartbeat is detected, but well before the fetal viability standard of 24 weeks set in Roe v. Wade. Additionally, in Texas, anyone, in any state is allowed to sue a provider in Texas suspected of performing an abortion past six weeks.

All of this is happening in the shadow of a Mississippi case that the Supreme Court will likely decide on next year.

In May, the Supreme Court agreed to hear Dobbs v. Jackson Women's Health Organization, a case in which the only abortion clinic in Mississippi is challenging the constitutionality of Mississippi's 2018 Gestational Age Act, which bans abortion after 15 weeks. The court will take up the question of whether states can ban abortion before fetal viability, and if the court rules that it's constitutional to do so, the decision would directly undercut Roe v. Wade — paving the way for the six-week bans to stand.

"It would be a world in which states have made abortion a crime from literally the time that a person finds out that they are pregnant, effectively saying that you can never have an abortion," Oberman explained.

The impact of abortion bans

What would that mean for the one in four women ages 15 to 44 who choose to get abortions?

"If the Supreme court says, Go ahead and feel free to recriminalize abortion,16 states will keep it legal. We already know that it's in their constitutions, and 34 states will be exploring whether to make abortion illegal and under what conditions," Oberman said.

She pointed to the Targeted Regulation of Abortion Providers (TRAP) laws that Texas passed in 2013, which resulted in the closure of half of Texas' abortion clinics, leaving just 20 in the state. While the laws were struck down by the Supreme Court in 2016, the damage was done and clinics never reopened. TRAP laws are also the reason Mississippi has only had one clinic for the past decade. This lack of access as well as the criminalization of abortion disproportionately impacts the poorest people and communities of color.

Drawing a parallel with her research in El Salvador, which has a complete ban on abortion, Oberman says that desperation leads to black market abortion drugs that may be used incorrectly and high rates of teen suicide when pregnant people see no way out.

"When there's a strong demand for something, just making it illegal doesn't make it go away," she said.

Without nonprofit abortion funds around the country like MRFF, pregnant people without resources would be forced to have children they don't want or can't afford or to seek unsafe abortion methods.

"The anti-choice movement has been working on this for almost 50 years, and people in the South have largely been living a pre-Roe existence," Roberts said. "We are burnt out, but we are determined to keep fighting."