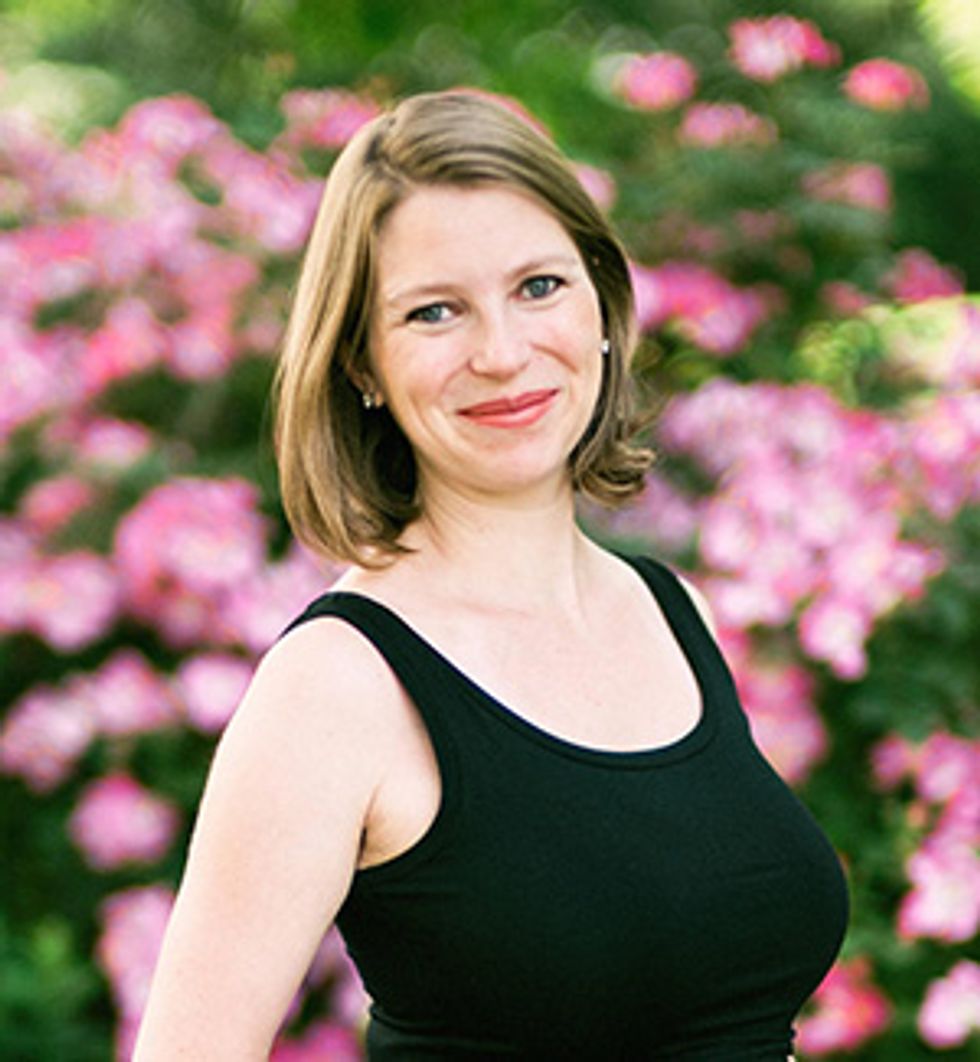 Gingerly clutching a shiny paper gift bag, I'm doing a walk-run, avenue by avenue across nearly all of Manhattan. I'm running late, pinching the top edges of the bag together, trying to beat the clock at a brisk trot so as not to spill my precious cargo.

I mean, who hasn't run through the streets with a semen sample before?

I desperately want to yell “GET OUT OF MY WAY! SPERM COMING THROUGH" but I think better of it. Then again, this is New York, so it probably wouldn't seem that weird.

Finally, I make it to the fertility clinic across town within the allotted time frame (because they can't test hours-old semen), fill out the paperwork, pay my $700 (of which it is unclear how much my insurance will cover, but that's a whole other story), and march back across town towards home to wait.

In the end, the tests came back pretty normal.

Even after a year of trying to conceive, I couldn't say at that point that I'd lost hope, because I hadn't. I know a lot of people who tried a lot longer to have a baby. We had already endured one miscarriage at nine weeks, which prompted us to find a fertility doctor and figure out what might be going on. Thank goodness we did.

What I learned from the process is that there are many things that need to be just so in order to constitute a successful pregnancy. This doctor took a meticulous approach to the questions of 1. why I was having trouble conceiving and 2. why I had miscarried. I appreciated that he wanted to understand the root causes and not slap on procedures.

He is the one who requested my husband's sperm be tested after noticing in a post-coital test that most of the sperm were dead not 12 hours after having sex (sperm should be able to survive for longer than that). (P.S. The post-coital test was pretty interesting: a vaginal swab was taken within 12 hours of having sex and examined under a microscope. I got to see it, too—to see what ratio of sperm were still wriggling around.)

Going through this process, I felt like a human puzzle!

So with the assistance of a medication to make an egg drop and the baking soda to neutralize my pH, I was actually pretty capable of getting pregnant. But seemingly less capable of staying pregnant. The doctor discovered that in addition to my nine-week miscarriage, I had experienced at least one other known early miscarriage (around week four or five), and I had one more under his care before we figured out why I was unable to keep a pregnancy going.

My body's immune system was attacking an embryo as a foreign body (which I guess it pretty much is) before it had a chance.

The solution my doctor used seemed unconventional, but here I am—one son and another one on the way. What he prescribed was a series of intralipid infusions that are usually given to malnourished people, but also apparently suppress the part of the immune system that could be attacking the embryo. It was just a mixture of naturally-occurring fats—and so while I hadn't heard of this before, I felt comfortable that it wasn't going to make anything worse. I had infusions every three weeks until the fetus could survive on its own.

I'm forever curious as to what works for a particular person or couple. The human body is complex and with each obstacle comes more knowledge and understanding of how we work individually—and together.

I know many people who have walked this path before or currently, and I want to send them love and hope. It's discouraging and heartbreaking to want something so badly and not have it work out.

For me, the knowledge that there were so many things that could be preventing me from getting pregnant was actually comforting: because there was much that had to line up precisely, there were a lot of avenues to try and solutions to tweak until we found what worked for us specifically. Frustrating, yes. But hopeful, too.

Hannah Lowe Corman is a stay-at-home mom and abstract painter in Houston, TX. She grew up outside of Baltimore, MD where she studied at the Maryland Institute College of Art. While her undergraduate degrees from University of Maryland are in Finance and French and she worked in the corporate and not for profit worlds for a decade, she decided to follow her artistic passions into a career in her 30s. She recently moved from New York City to Houston where she now works from home, drawing deeply from meditation and mindfulness. Her abstract acrylic paintings have been shown at the Maryland Federation of Art in Annapolis, among other solo and group exhibitions in New York and Maryland, and her large-scale paintings have been published in My Wedding Magazine and The Perfect Palette. Her work is held in private collections across the United States. She is represented by Bozzuto Greene Art in Baltimore, Maryland. She lives with her husband, 21-month-old son Ean and is expecting a new baby boy at the end of summer 2019. You can learn more about her on her website hannahlowecorman.com.