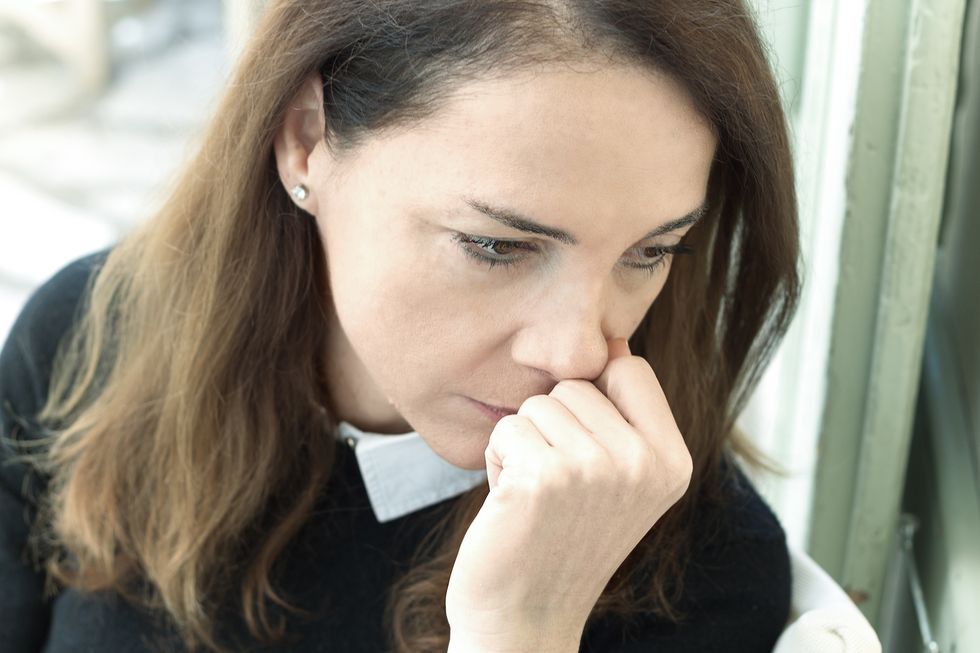 The Vulnerabilities of Aging

The Vulnerabilities of Aging

Columnist Frank Bruni's article about sudden partial vision loss helps us come to grips with some of the formidable truths and vulnerabilities of aging.

I recently read a stunning account of a sudden, overnight vision loss.

Written by 53-year-old op-ed columnist Frank Bruni, the story, which appears in this past week's New York Times Sunday Review, shares the details of Bruni's struggle, both physically and emotionally, of coming to grips with a condition that caused sudden partial vision loss that made it difficult to read or type, because of what he describes as a thick, dappled fog across the right half of his field of vision.

I don't know about you, but when I lay down to sleep at night I usually have a few random thoughts that run through my head. Maybe I'm thinking, "It's too hot in here," and I get up and crack open a window. Perhaps my mind starts to ruminate on all the things I need to accomplish the next day, or possibly I'm reflecting on the crappy day I had and telling myself that tomorrow is a new day with a chance to start over again with a fresh perspective.

But rarely do I—or probably anyone else, for that matter—think that I'll wake up with a perspective so changed as to render my actual eyesight limited. "I went to bed seeing the world one way. I woke up seeing it another," Bruni writes. And he means it in both the figurative and the literal sense.

What happened to Bruni was this: As he slept, he had a "stroke of the eye." The condition, known as nonarteritic anterior ischemic optic neuropathy, or N.A.I.O.N., is rare, occurring during sleep, when blood pressure drops. It affects perhaps one in 100,000 Americans and occurs when the optic nerve is damaged by a brief reduction of blood flow and thus oxygen—disrupting the eye's ability to send information to the brain.

The condition most commonly affects those over the age of 50, and although the exact mechanism is unproven, it occurs more commonly in people with diabetes, high blood pressure and sleep apnea. Smoking can also increase the risk, as can an anatomical variation of the optic nerve. Once it happens in one eye, the risk for it happening in the other eye is about 30 percent. The cause, in Bruni's case, was a mystery—he had none of the typical risk factors.

As rare as it is, I happen to have a friend that this also happened to. Fortunately, it affected her peripheral, rather than her central, vision (unlike in Bruni's case), and her brain eventually adjusted to the rather subtle change, with minimal impairment.

But not everyone gets so lucky, and Bruni reports that there was a great possibility that he would not get some vision back.

Surely the prospect of it happening again, in the other eye, is terrifying. Certainly, the fact that there are no treatments or cures for this optic nerve disease, despite many clinical trials testing over a dozen different therapies, is shattering. (Bruni is enrolled in a clinical trial of a series of experimental injections into the affected eye.) So far, the only other thing he is doing—and there's no flat-out evidence this is effective—is drinking plenty of water and taking a daily baby aspirin.

Bruni's op-ed sheds light on this rare but real condition, but it did something else: It came to grips with some formidable truths as we age. Here are some of my takeaways based on his, and my own personal experience:

There's no guarantee you'll go to sleep and wake up in the same physical condition. "It's aging writ and large," Bruni writes.

It's tough—and daunting—to fight the fear and anger that comes with a significant illness or disability. And that fear is not just a result of what is lost, but also what may follow. To me, that's the ultimate vulnerability—knowing that something can happen not once, but again and again. Once your body has let you down, it's difficult to figure out a way of fitting back into the world in a comfortable position. But you do—and it becomes the new normal.

Sometimes we are forced to focus on our condition. Other times, we need to get fierce with ourselves and, rather than mourn what is lost, celebrate what we still have. And there's another in-between choice: to look away, from time to time, and take a break from it.

We may think we're in control, and we think that if we're not, we can "fix" things with will and effort and determination. But sadly, that's not always the case. "I woke up to the realization of how ludicrous that was," says Bruni.

Everyone deals with affliction, hardship and obstacles—even if you can't see that. "Show me someone with a seemingly unbroken stride and unfettered path," Bruni writes. (We all think we know a person like that, right?) "More often than not, he or she is hampered and haunted in ways you can't imagine."

Aging may bring its share of physical roadblocks, but if you let it work for you, it can also set you on a path to wisdom and clarity, which can give us the mental and physical fortitude to deal with what life throws at us. Worrying about what might happen in the future takes us out of where we are now.

And since now is all the guarantee we have, we might as well focus and enjoy every single moment of it—or we might miss the wonderfulness that is right smack in front of us.

The Phases of Thyroid Eye Disease