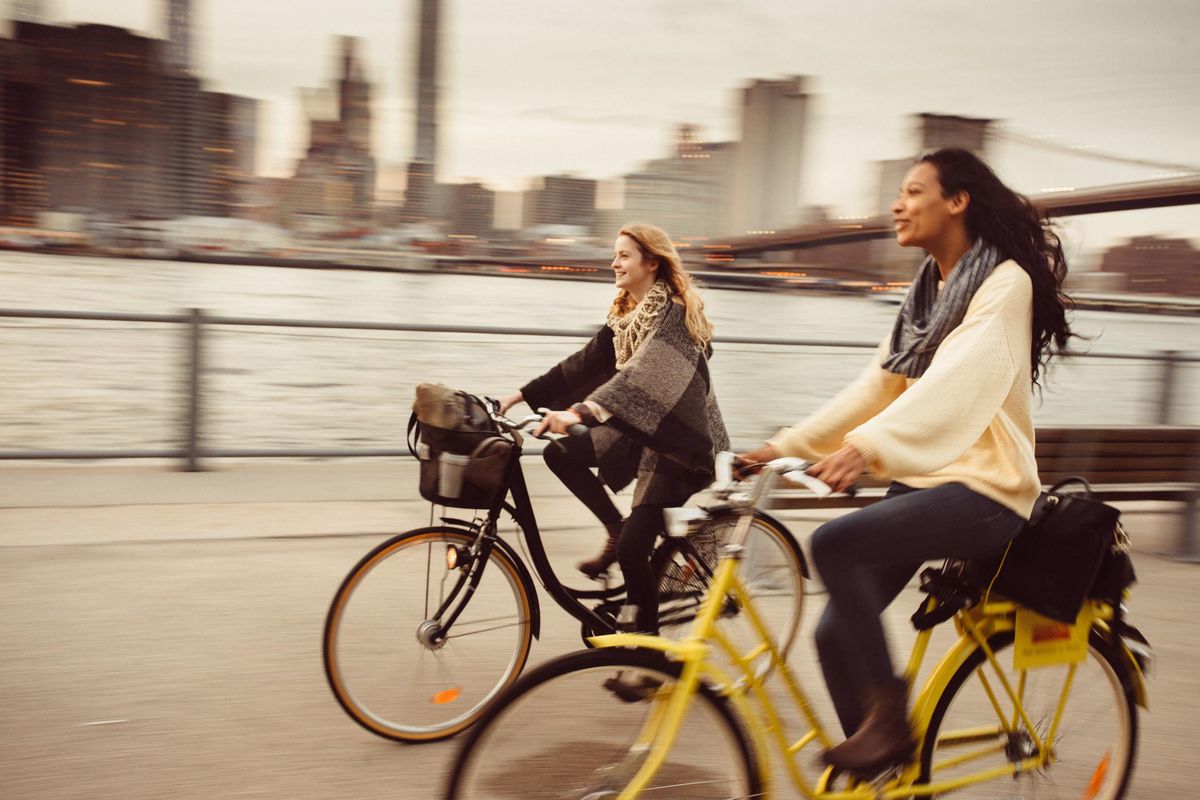 Sheryl Kraft
Jun 06, 2013 Your Wellness
lifestyle
Medically Reviewed
If I could, I'd trade my car in for my bicycle, at least this time of year.

Riding a bike gives me so many pleasures: it takes me back to the joys of my childhood; it allows me to feel the fresh air on my face; it puts me more in touch with nature, giving me time to slow down and notice things I'd otherwise not notice from the inside of a car.

But living where I do precludes that possibility. Most of the streets in my Connecticut city are too hilly, too congested or too dangerous (no bike lanes) to make them bike-friendly.

But that's not to say I'm not tempted. Too bad I don't live in a place like Washington state, which rates #1 in bike-friendliness, according to the bikeleague.org. Sadly, the state I live in lags behind at #18.

New York state ranks way beyond that, at #43. However, there are about to be a lot of new bicycle riders in New York City, if its new program of bike sharing succeeds. But what's frightening is that although riders are encouraged to wear helmets, they are not required to wear them. New York state law requires helmets only for riders under the age of 14—and to rent a bike, you have to be 16 or older.

To me, under the best of circumstances—like riding through a quiet park where there are no cars—bike riding without a helmet is dangerous. I can still hear the shriek of the ambulance sirens recalling my experience years ago while riding my bike through a particularly bucolic portion of Central Park when a nearby cyclist got thrown from her bicycle after a small rock bounced off her wheel. She wasn't wearing a helmet and fell, hard, right on her head.

MORE: Learning a Sport at Midlife or Beyond

With the summer upon us and the growing number of bicyclists, it's good to know some basic bike safety rules. They're easy to remember, but at the same time, just as easy to forget when the ecstasy of gliding through the streets with the gentle breeze in your face takes over. Here are some reminders before you hop on your bike:

1. Bike in the same direction as traffic flow. Just like cars and trucks, bicycles are considered road vehicles.
2. Pay attention to, and obey, traffic signs and signals, including traffic lights, stop signs, one-way street signs and all others, as you would if you were driving a car.
3. If there are marked bike lanes and paths available, use them.
4. Be aware that certain states make it illegal to bike on highways, expressways, interstate routes and thruways. Some cities also make it illegal to bike on some or all sidewalks.
5. If you're riding with a child, be extra cautious about where they sit. It's illegal in certain areas to let children ride perched on the handlebars or back wheel of a bicycle (I shudder to think we not only never wore helmets but also rode like this as kids.)
6. Make sure you wear your helmet correctly. It's not enough to just perch it atop your head: it must sit level on your head and low on your forehead. For more tips and illustrations, click here.
7. Equip your bicycle with a bell or horn, reflectors on the front and back, and a white headlight and red taillight if you ride as an early bird or night owl.
8. Communicate with other drivers. Use hand signals (always with your left hand) to indicate a change, whether it be turning or stopping. See some hand signals here.
9. Dress for visibility (a good excuse to go out and buy some new duds?) Wear bright colors during the day and clothing with reflective materials for nighttime rides.
10. Ride on the right side of the lane, single-file with other cyclists. It's OK to ride in the middle of the lane on streets that are too narrow to permit cars to pass. If you're riding on a street with parked cars, be aware of the possibility of a car door opening and hitting you; stay a little closer to the center of the street, if possible.

Considering Plastic Surgery? Here’s What You Should Know.