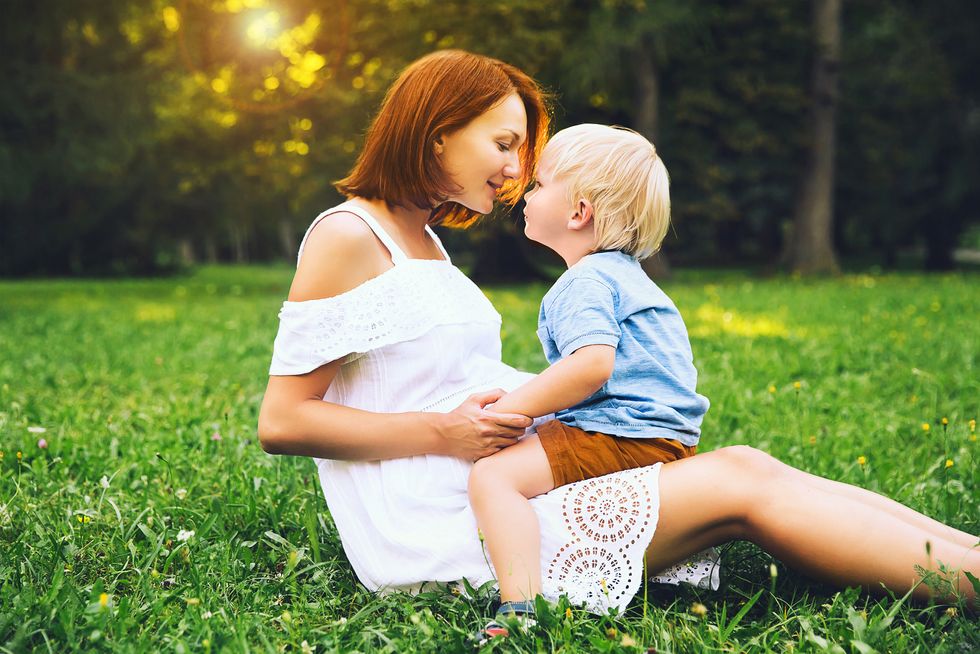 Overcoming the Fear of Having Another Baby After Postpartum Depression

I watched other new moms bonding with their infants saying it was the best thing that ever happened to them. To me it felt like the worst. But that’s now how my story ends.

16 months after my son Max was born, I felt like I was finally in the clear from my diagnosis of severe postpartum depression (PPD) and anxiety. It had taken months for me to seek treatment and months to get better, but I was finally enjoying the little guy. I remember the 16 month mark because I attended a Local PPD support group, finally feeling strong enough to be around other women’s pain. The group was a cathartic experience; I was able to tell the new moms that were struggling with PPD and anxiety in real time, that they were going to be ok. That I had felt their pain, went on medication, went into therapy and finally felt like myself again–plus one. I left the group feeling so thankful that my dark journey had finally come to an end.

A few weeks later, I was at a conference for work and realized I hadn’t had my period in a while. I wasn’t super worried because the last time I had sex with my husband barely counted, but I had a pregnancy test in my bag from an earlier scare (I had convinced myself that sex = baby = PPD), and so I decide to take it just to be sure.

I remember listening to Vampire Weekend in the background (to this day I can’t listen to them because it brings these moments back), and I laid the stick on the counter and started responding to work emails. I forgot about the test for a good 20 minutes, then returned to the bathroom to see the results.

PANIC. Sheer and utter panic as I picked up the stick. I shook it, I turned it around and around trying to make the positive line disappear. This can’t be happening; it must be an expired test. Surely it's wrong because I had it in my bag for some time. This. Isn’t. Happening.

You see, after postpartum depression with my son, I had no intention whatsoever of having another child. I did not ever want to go back to that place, ever. I couldn’t do this again–so soon –I had just started feeling like myself again.

That night I spent hours curled up in a ball on the bathroom floor holding the stick. I kept looking at it over and over again to see if the line had gone away. It was still there. In the morning, the line was still there and it was beginning to set in that I may actually be pregnant. I decided to call my husband. My postpartum depression with my son had really done a number on us as a couple. While I silently (and not so silently) struggled with becoming a mother, he made it a point to be out as much as possible. He didn’t know what to do to help me, so he self admittedly ran–literally. He began training for triathlons. I worried this news would destroy us as a couple. What should be one of the most exciting phone calls to make felt like the heaviest and darkest call ever.

I told him I had taken a pregnancy test and it was positive. I told him it was all going to be ok, and we could talk about it in person when I got back from my trip. He was with a friend when I told him the news so his response was infused with his typical dry sense of humor. He said, “Well this is going to be exciting.”

For the next two days at the conference, I made the mistake of confiding in a colleague who was immediately overjoyed with my news. When I explained to her that I didn’t think I could do it again after the first time, she told me that having two kids was the best thing she ever did, and I should just be thankful for this gift. I ran into the bathroom and cried.

The darkness was coming back. The feelings of hopelessness and helplessness that I had fought so hard to get rid of were creeping back in around the corners.

READ MORE: Drowning in New Motherhood … My Journey Through Postpartum Depression and Anxiety

When I got home, I was happy to see my son, but was also hit with a wave of memories of how hard it had been when he was an infant. I told my husband that I didn’t know what I was going to do yet with this news, and I didn’t want to talk about it until I had a chance to process it. I shut him out and collapsed inside of myself to find the answer.

I called in sick to work for a few days and hid under my covers thinking about what to do. I didn't want this baby, and I didn’t want to have to go through what I went through with my son ever again. I called planned parenthood and made an appointment for the following week. I didn’t tell anyone.

But then, one night, my husband asked me to sit down on his lap. He told me that he knew I was struggling with this decision, and he would support me whatever I decided to do. He just didn’t want to lose me. We cried in each other’s arms, and I knew in that moment that we were going to figure it out–together.

Another baby. Wow. I began to slowly wrap my head around this reality. The more I did, the more I felt determined to have a different experience.

I took better emotional care of myself during my second pregnancy. I continued individual therapy and began couples therapy with my husband with a focus on becoming a stronger unit. Many times, on that couch he cried and told me how sorry he was that he didn’t know how to take care of me after Max was born and that he would do a better job the second time.

I went to acupuncture once a week and exercised and rested as much as I could. I thought a lot about what contributed to my PPD the first time: The isolation day after day alone with my son, feeling completely disconnected from achievements in my professional life, not having a community of like-minded new moms who were not afraid to talk about the dark side of having a baby, and most importantly, an overwhelming sense of shame at having to ask for help.

So I took control. I was going to be in charge of this experience–it wasn’t just going to happen to me. I created a postpartum plan, including all the things I needed the first time, but didn’t know. I had my mother-in-law agree to stay for the first month after the baby came (a mixed bag but she didn’t speak any English so I saw that as a plus) and my mom agreed to stay the month after that. I negotiated a part-time work schedule with my job, allowing me to work as many or as few hours a week as I could to stay connected. I lined up a group of second time expecting moms all due around the same time. I welcomed an epidural as my delivery with my son was physically and emotionally traumatic, all-natural 20 hours of labor that left me a shell of myself.

Most importantly, I made sure that everyone around me knew how to recognize the warning signs of PMADs with a treatment team at the ready. Karen Kleiman writes in her book, “What Am I Thinking? Having A Baby After Postpartum Depression”:

“The good news is that with proper preparation and planning and a healthcare team that is mobilized on your behalf, we can intervene in ways that will minimize the likelihood that you will experience a depression to the same degree that you did previously”.

I can’t imagine what life would be like without Ella. She is a strong-willed, confident, outspoken little terror and I love her madly

I am in no way urging moms who have experienced a PMAD with their first baby to try it again. I just want to plant the seed that for those of us who had a PMAD the first time around, there is hope.

Paige Bellenbaum, LMSW is the Program Director at The Motherhood Center of New York, which provides clinical treatment and support to new and expecting mothers experiencing perinatal mood and anxiety disorders. If you live in the New York City Tri-State area, call The Motherhood Center at 212-335-0034. For resources in other states visit Postpartum Support International.