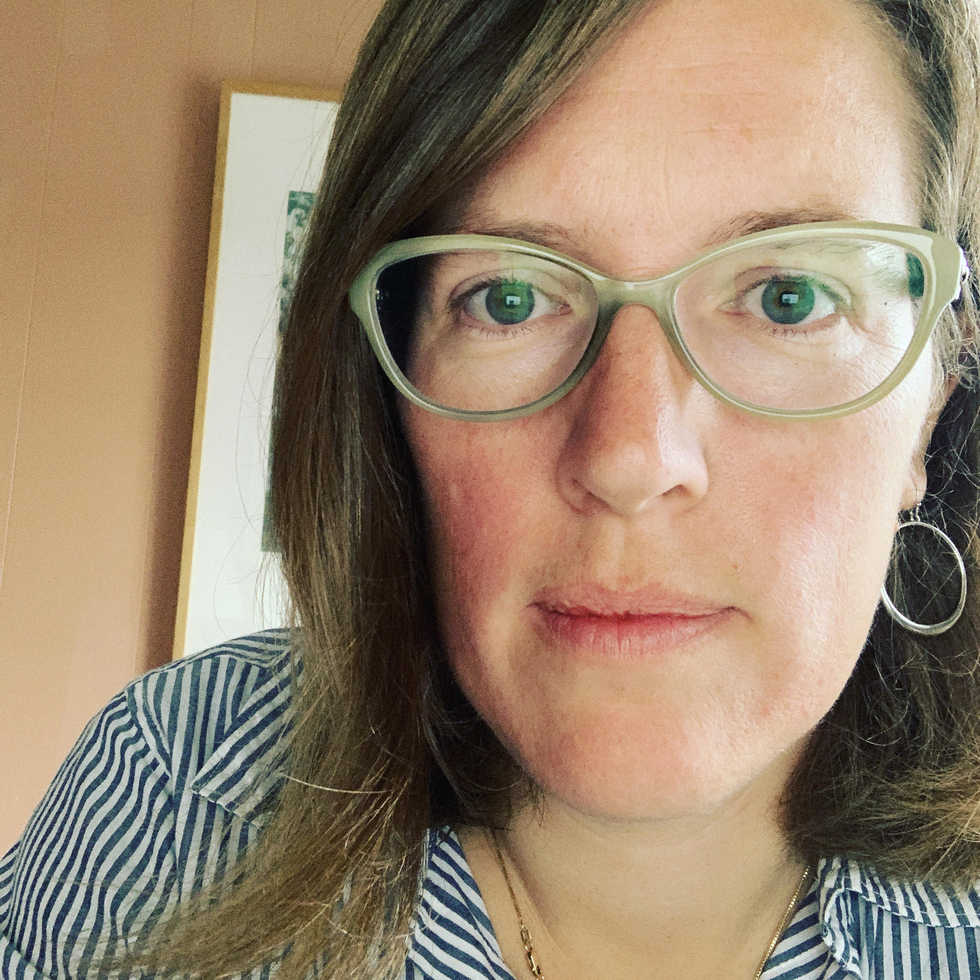 My thoughts started spiraling out of control, and I wondered if I was like one of the women who could hurt their babies.

A few weeks after the birth of my second child, I sat alone in my bedroom, anxiously scanning an online list of postpartum psychosis symptoms. Have I been hallucinating? I wondered. Am I hearing voices? Losing control of my mind seemed like the worst thing that could possibly happen to me.

The symptom that had driven me to my laptop was a single obsessive thought. One I couldn't shake, no matter how much I reprimanded myself. I couldn't stop worrying that I might hurt my baby. I hadn't actually done anything to hurt him, but I couldn't stop imagining it — over and over and over again. I spent hours every day sitting on the couch, clutching my seven-pound bundle of joy and willing myself not to go into the kitchen, because that's where we kept the knives.

I'd heard about women who hurt their babies. I'd heard the phrase "postpartum psychosis" used to refer to them, and I wondered if that's what was wrong with me. But as I read the list of symptoms that day, I decided that most of them couldn't possibly apply to me. I was more or less functional, after all: I dropped off my toddler at "Mom's Morning Out" and breastfed my baby and laundered the clothes and put food on the table. I couldn't possibly do all that while psychotic, right?

I closed the browser window and went to find the baby, who was just beginning to snuffle awake in his crib. I told no one about my thoughts, not even the counselor who diagnosed me with postpartum depression a few weeks later. After six months, as the planet spun towards summer and my sleep schedule semi-stabilized, the depression lifted and my obsessive thoughts disappeared.

Ironically, four years and two more babies later, when I actually did develop postpartum psychosis, I wasn't searching for it anymore. No, 12 weeks postpartum, on the night my husband drove me to the emergency room and convinced me to sign the papers checking myself into the psychiatric unit, I was certain I was fine.

This time around there had been no thoughts about hurting the baby, but there was another obsession. In the weeks after the delivery of that fourth child, I couldn't stop thinking about hurting my marriage. Specifically, I was afraid I would have an affair. I couldn't stop imagining it — over and over and over again. The other man's name grew so loud in my head, it was unbearable.

Then came the week that upended my life. Three momentous things happened during that week, and I would never be the same again. First: I got up the courage to tell my husband the truth about my obsession. Second: a few days later, as if speaking one truth made space to uncork a deeper, darker, more dangerous fact that had been bottled up for years at the bottom of my soul, I had a sudden, inexplicable thought. Something happened to me, I realized. I was sexually abused when I was very young.

Third: that realization rearranged everything I'd thought I knew about myself, and my obsessive mind catapulted into full-blown mania. Seven days after I confessed my fears of having an affair to my husband, he was telling me we had to go to the hospital.

"There's nothing wrong with me," I announced to the triage nurse when we arrived. "I found out that I was sexually abused as a child, and I'm upset about it. Anybody would be."

She's having a mental breakdown, my husband wrote on a piece of paper and slipped it to the nurse.

I didn't believe it then, but I can see it now. In fact, when I read the list of symptoms of postpartum psychosis, I recognize almost all of them. In the days between my sudden awareness of the abuse and my hospitalization, my mind spun faster and faster. I felt as if I had to speak aloud every thought that came into my head. I couldn't sleep. My mood crashed and spiked wildly from one extreme to another. I began to believe I could see demons swarming around me. Even the fact that I thought I was fine is itself a symptom.

In the hospital they put me on an antipsychotic medication, which began calming me immediately. After four days, I was able to return home. I spent the next few years in therapy, working to understand both my past and my new diagnosis of bipolar disorder.

Postpartum psychosis and bipolar disorder are closely related. Before I was hospitalized, I hadn't realized I had a family history of bipolar. Years afterwards, I also began to explore the possibility of having an obsessive-compulsive disorder. These days, I'm working with a new psychiatrist to understand and treat the obsessive thoughts that still sometimes pop up, even though my manic symptoms have been under control with medication for nearly a decade.

Intrusive thoughts are extremely common in the postpartum period, according to a recent study in BMC Psychiatry. It's only in 0.1% to 0.2% of births (like mine) that a new mother's mind will spin all the way out of control. If this has happened to you or someone you love, please know it is not your fault. The hospital is a safe place. With treatment and support, you will find your way back.

Gone are the days when I was so ashamed of my thoughts that I couldn't even reveal them to my counselor. I have shared my story online and in print, and with live audiences large and small. As I do, I've realized that losing my mind wasn't the worst possible thing at all. In fact, that episode, as scary and painful as it was, has changed my life for the better. Now I am no longer afraid to be honest. I am no longer afraid to face the truth. I am no longer ashamed. I am free.

Sarah Sanderson is a freelance writer, speaker, teacher, and mother of four. Her agent is currently seeking a publisher for her memoir.